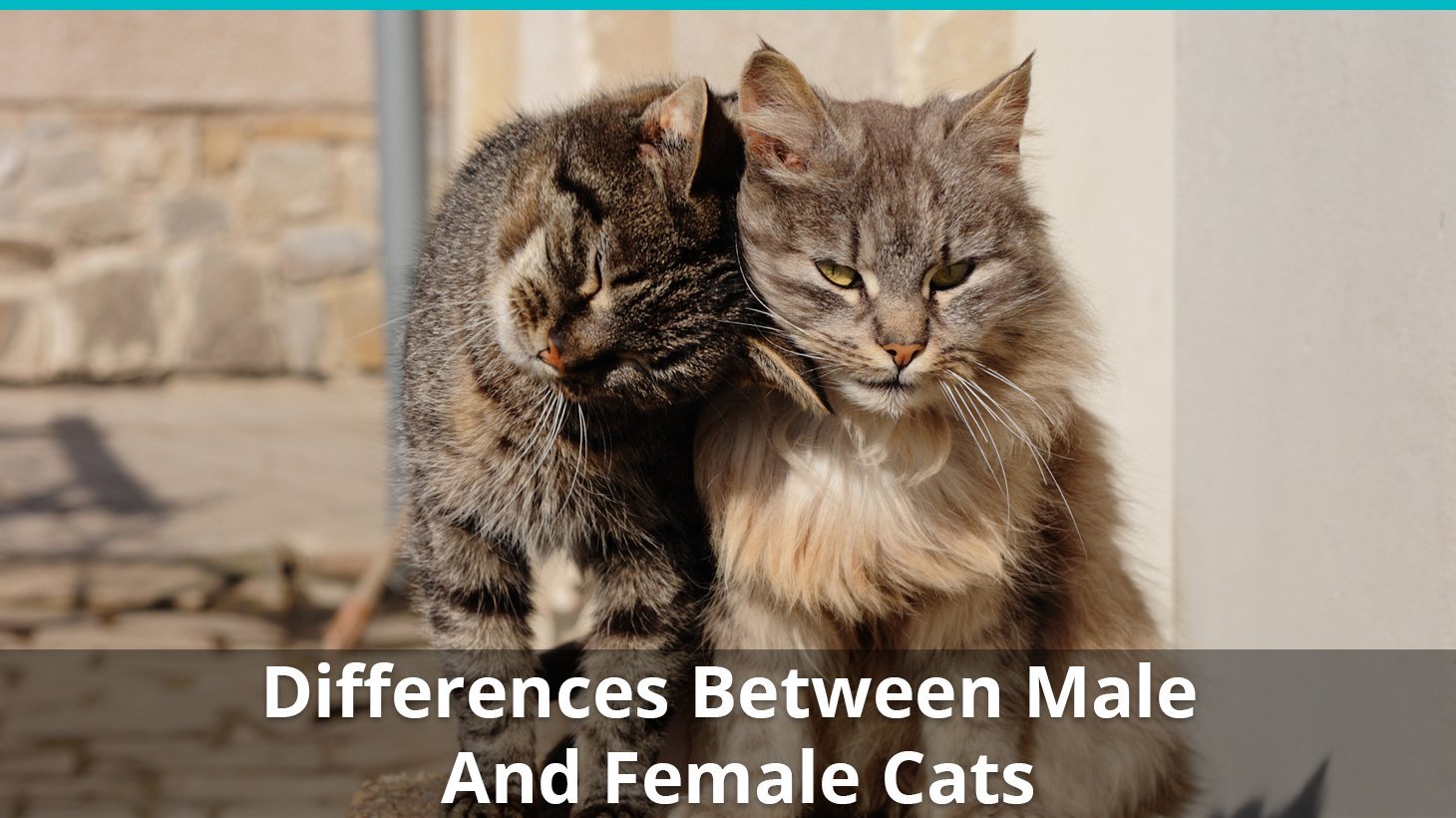 The most obvious difference between male and female cats is their gender. They are poles apart in terms of reproductive organs and obviously, females can get pregnant and reproduce.

There is no ultimate answer to the question of whether male cats are better pets than female ones and vice versa. Each feline furball is one of a kind. Whether your cat is affectionate, loyal, aggressive, territorial, playful, or cooped up, it’s a matter of personality and not gender.

However, there are some common differences between the two genders when it comes to cats. Before we delve into them, you should know that there are always exceptions, and not all felines follow these rules.

Being spayed or neutered severely affects each gender. Moreover, the cat’s breed also plays a significant role in its appearance and character.

Vocalization and level of affection are among the most notable differences between males and females, but as we said, each kitty is unique and not all cats follow these loose rules.

Female cats, by default, are more oriented towards caring for kittens. As such, their main focus isn’t on themselves and their pet parents, but on continuing the family and reproducing, as well as providing security and safety for the newborn kittens.

Male cats may appear more loyal, affectionate, and amiable towards their owners. Compared to a female’s inborn maternal instincts, male cats can focus solely on pleasing their pet parents. Thus, they may appear to be more loving when it comes to their owners.

Neutering and Spaying vs. Leaving The Cat “Intact”

Spayed female cats have a tendency to be calmer and more affectionate compared to their intact counterparts. They don’t go into heat, and they can focus entirely on their bond with their owner.

Among the most distinctive female-male cat differences are how they each act while in heat.

Male cats get extremely aggressive and are ready to bite, scratch, hiss, fight, and mark their territory vigorously. They are willing to pee on furniture to make sure the entire world learns who’s the boss in the area.

When female cats are in heat, they get notoriously vocal. Some feline breeds, such as the Oriental Shorthair, are vocal by nature. But even the quietest female kitty out there can start meowing and yowling to a point when it becomes unbearable.

Even when not in heat, the male tomcat will mark its territory and defend its home and the surrounding area unconditionally.

Females are far more prone to sharing their home and surroundings, as well as the human beings residing in them. Of course, not all females are so easygoing when it comes to protecting what they perceive as theirs. As such, it’s possible for a female to mark its area and defend it from other animals or people.

Nevertheless, it is possible even for a male not to be territorial, especially if you happen to be the proud owner of an American Shorthair cat or another notoriously laid-back, friendly feline breed.

One of the differences between male and female cats is that females have a tendency to live maaaybe a little longer than male kitties…a year or two, perhaps.

Feline life expectancy isn’t solely determined by the cat’s gender, but rather more heavily influenced by the breed. Some breeds, like the Siamese, can reach around 20 years of age. Others, such as the Abyssinian, live between 9 and 14 years.

Gender plays a small role in feline lifespan. The cat’s surroundings, its healthcare, genetic diseases or the lack of such, its overall mood, the type of cat food it’s eating, and many other factors which aren’t closely related to breed or gender can determine longevity.

Apart from the different genital organs, the most obvious difference between the two genders is their size. Male cats tend to be bigger and to weigh a few pounds more than their female counterparts.

However, size also depends on the type of nutrition the cat is getting from its food, as well as genetics. Thus, a female can be larger than a male individual from the same breed and age.

When purchasing or adopting a feline furball, always put its temperament, personality, and healthcare as a priority before its gender.

1 thought on “What Are The Differences Between Male And Female Cats? How To Tell Between Them”