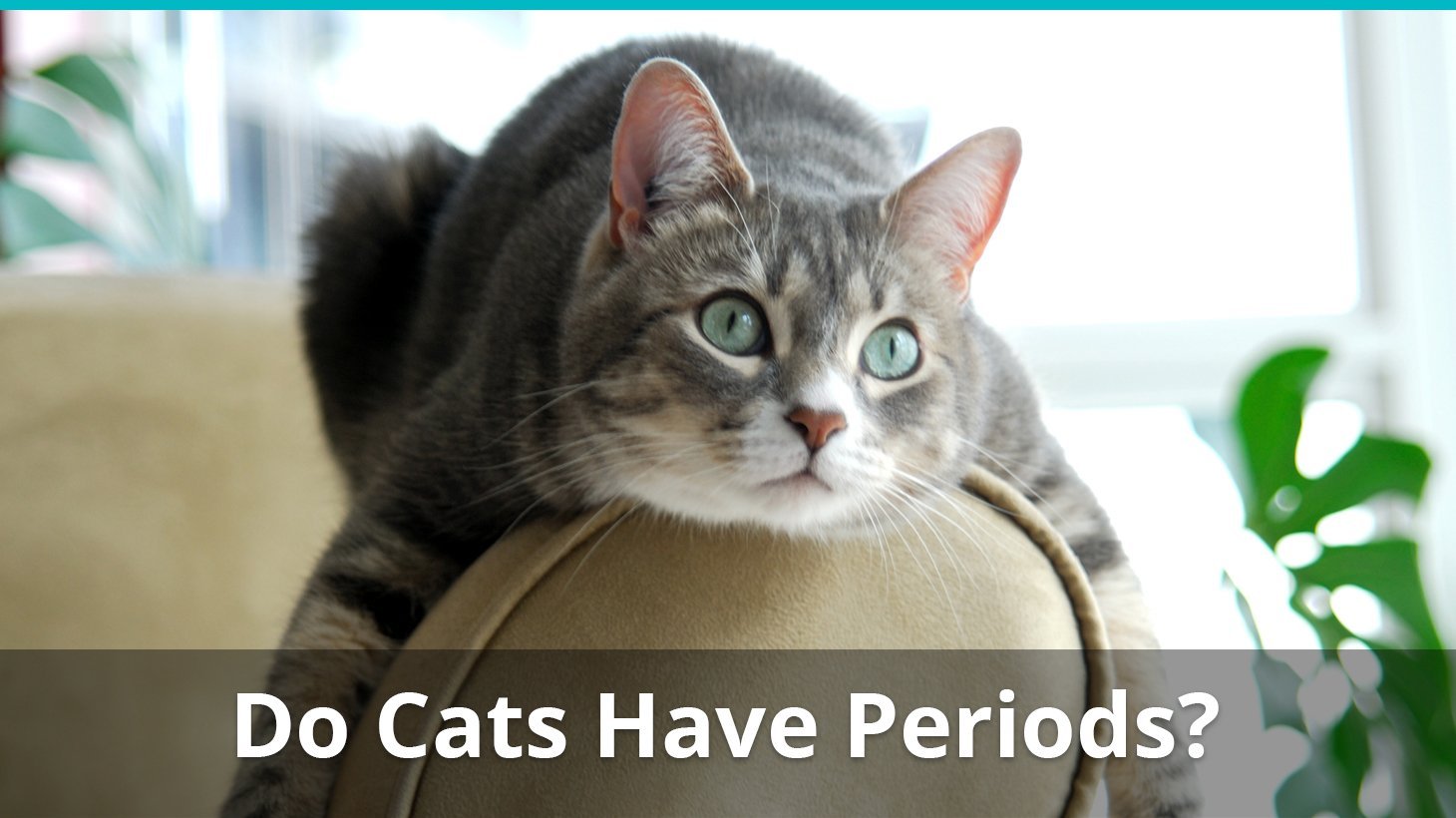 Female cats have period cycles just like dogs and humans. However, these cycles are slightly different for felines.

For starters, the female cat’s periods are called estrus cycles instead of menstrual cycles and they occur when your precious furball is in heat.

During her estrus cycle, your furry pal will attract a lot of males. You will witness some significant behavioral changes in your kitty’s overall manners.

What Is The Estrus Cycle?

A female cat’s estrus cycle is the period of time when they are receptive to a mate and can become pregnant.

A cat’s very first estrus cycle can occur any time between 4 to 12 months, but the average age is six months. This period can last on average 7 days but can be up to 21 days.

Typically there is about a 14-to-21 day period between heat cycles.

Cats are “polyestrous,” meaning they will continue to have heat cycles throughout their fertile years.

Do Cats Menstruate Or Bleed During The Estrus Cycle?

Unlike human women or female dogs, it’s uncommon for a female cat to bleed during her estrus cycle.

According to Catological’s veterinary advisor, Dr. Michelle Burch, “Some cats can develop a mild mucoid vulvar discharge which is white and stringy.”

But bleeding is a different story. If you see blood and are unsure of the cause, contact your vet.

How Will The Estrus Cycle Effect My Cat?

Cats will become extraordinarily demanding and affectionate when they’re in heat. Your cat may rub their heads and neck against objects such as your legs, furniture, doors, or other pets in the household.

You may see them rolling on the floor or soft surfaces like the sofa.

Some females may have decreased appetite while going through their estrus cycle, while with others, you may not notice a change.

Female cats in heat may even become impatient to the point where they become destructive.

Impatient cats will become more vocal when they’re in heat and will constantly meow and groan. This behavior can become quite irritating to most owners, especially if your kitty happens to be an Oriental Shorthair, which is a notably vocal cat.

Along with their impatience, many female cats will try to force their way outdoors or sneak through when owners are not paying attention.  During the estrus cycle, females can become desperate to find a suitor.

Cats can also begin to inappropriately urinate and mark throughout your house, releasing hormones and pheromones,

Urine which is found of vertical surfaces such as walls, legs of furniture, or cabinets is most consistent with marking behavior.

These behaviors are prompted by the need to signal to male cats up to a mile away she’s in heat.

What To Do When My Cat Is In Heat?

You have two options – allow the cat to mate with a male tomcat or keep her away from males, preventing her from getting pregnant.

During the heat cycle, female felines can mate numerous times. Females can breed at any given moment during the estrus cycle, regardless of how long ago it started. As such, a litter of newborn kittens can be conceived with more than one father.

Cats can also become pregnant again while still nursing their current litter of kittens. If you do not want your cat to have another litter, it is imperative to keep them indoors and away from intact males.

If you decide to keep the males at bay and not allow your kitty to mate, she will go out of heat when ovulation strikes.

Cats are induced ovulators. meaning they must be physically stimulated to cause eggs to be released from the ovaries.

This can happen anywhere from a couple of days to a week after the estrus cycle begins. Ovulation can also be triggered by mating the kitty several times over 24 hours.

Ultimately, try to focus on your everyday routines even if your cat is driving you crazy with her demands for extra attention. There’s no need to change her diet, but you’ll need to keep her strictly indoors to be safe from tomcats.

How To Prevent Cat Periods

Of course, your best option, if you are not a breeder, is to have your cat surgically sterilized (ovariohysterectomy or spay). Your cat will be under general anesthesia during a spay procedure, and your veterinarian will remove the ovaries and uterus.

You can spay your cat anytime, regardless of age.

One final note…Some pet parents claim that allowing your cat to have kittens at least once before spaying will make her more amiable and social. But this is not true. Bearing or not bearing kittens before being spayed doesn’t affect a cat’s behavior.