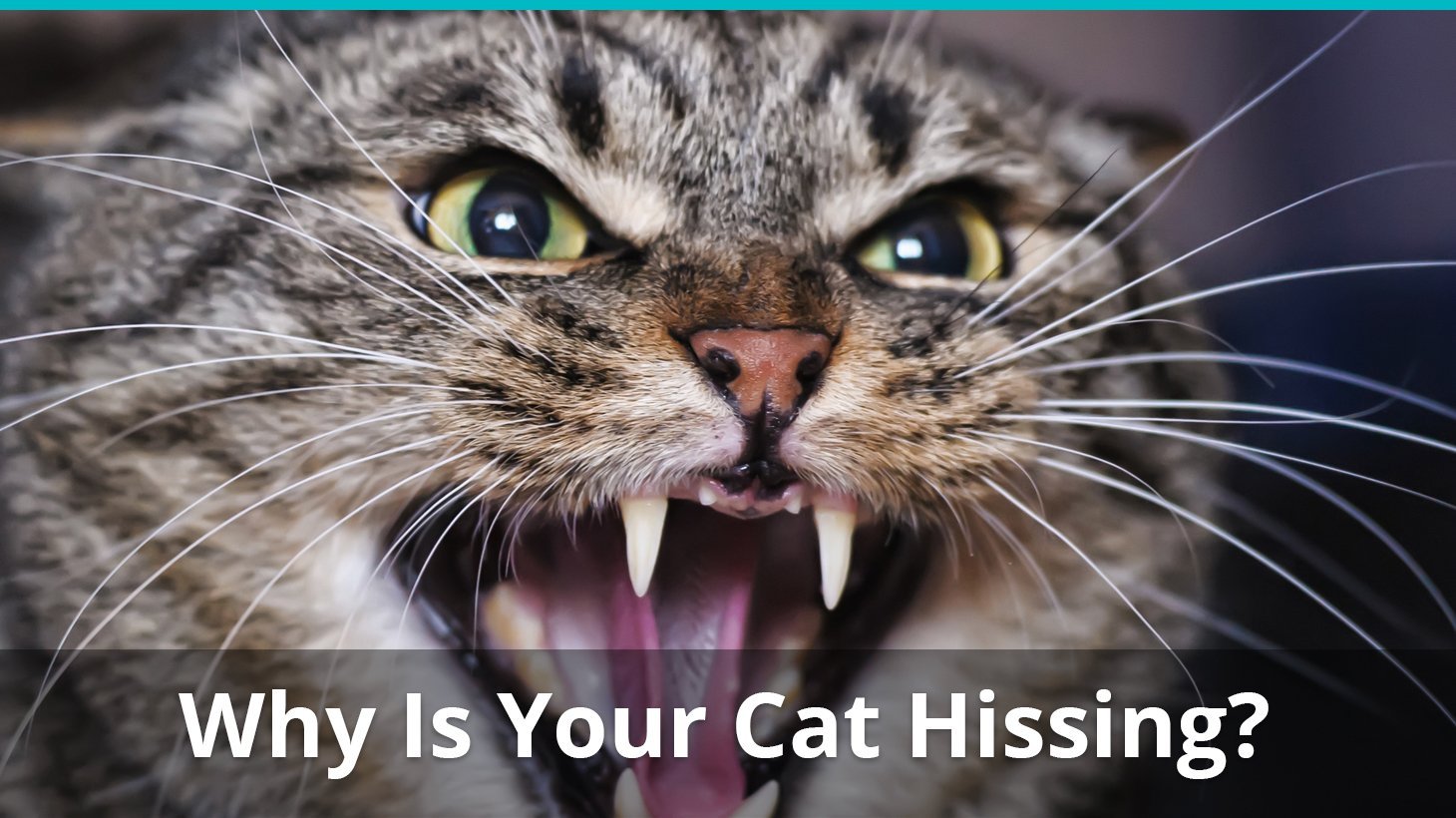 These domesticated, carnivorous hunters have been raised as pets from time immemorial. But even the most amiable and tolerant cats out there have hissed at least once at their owners, regardless of their affection towards their pet parents.

Let’s talk more about the hissing. What does it mean – for the cat and for the object of the hissing? And most importantly, how can you cope with it?

Before we go into further detail, let’s make something clear.

Hissing is only natural for all cat breeds out there and it’s not a behavioral problem.

All felines hiss, including wild cats, feral cats and indoor cats. Domestic, indoor kitties may do it extremely rarely compared to their feral cousins, but that doesn’t mean it won’t happen.

Hissing is a fixed part of the feline language. While cats can’t really talk, they can actually be quite vocal. Take the Oriental Shorthair breed for example. Feline furballs express themselves through meowing, purring, hissing, growling, yowling and so forth.

The hissing part can occur for a number of reasons and it can be directed towards humans, including the pet parent, other cats or stranger animals, and even inanimate objects. You should never ignore the fact that your own cat hissed at you, regardless of the reason behind it.

The act of hissing itself is basically a forced flow of air through parted lips and bared teeth. You won’t mistake the specific sound, which is accompanied by an angry facial expression and a movement of the cat’s ears, which are being pulled backwards into a flat position. Sometimes the cat may also arch its back and its fur will bristle up.

So Why Is Your Cat Hissing? Here Are Some Reasons

While this variation of the feline language is associated mainly with a negative situation, it’s not a reason for panicking. Here are the most common arguments behind your cat’s desire to hiss at you, at inanimate objects, or at the rest of the people residing in your household.

Cats can experience fear just like us, humans. Your fluffy pal is hissing when it’s scared of something. If you’re doing something that’s frightening the kitty, it will hiss because it’s feeling threatened by you. Same goes for other cats and potential predators.

The fact that the cat is getting vocal may also indicate annoyance. Hissing at children is something common, as felines get annoyed by excessive petting, playing and squeezing.

Anger and aggression often result in a hiss. Your cat won’t tolerate every single one of your whims and it will hiss at you from time to time, whenever it feels like you’ve crossed a line by making it angry with your decisions.

As stated above, felines are territorial creatures. Pregnant cats or moms will hiss at anyone approaching them in order to protect the litter. Food bowls, favorite cat toys and hiding spots are also things which cats hold dear. As such, your cat may hiss at you if it feels like his/her personal stuff needs protection.

Some furballs are more anxious and jumpy than others. If your own cat happens to be one of them, it may hiss occasionally when feeling particularly stressed out. You may not see any visible sign of danger, but the stress itself will trigger this vocal type of warning.

What Does Cat Hissing Mean? Hissing As A Form Of Warning

Regardless of the reason behind these sounds, your cat is making them with one clear intention – it’s warning you!

Whether it’s stress, jealousy, protectiveness, irritation or fear, the hissing is intended to ward off any possible predator. Of course, your pet could even hiss at an inanimate object if it feels threatened by it. Loud appliances (washing machine, coffee maker, etc) or large unfamiliar items can easily become a reason for fear.

Other pets, usually dogs, can be perceived like a possible threat. Cats won’t engage in a fight before giving a clear warning with an aggressive hiss. The fact that they may be scared, however, doesn’t mean they won’t be ready to start a fight with another animal.

The hiss basically means that your kitty is trying to warn everyone and everything around it that it wants to be left alone in peace. If it doesn’t launch itself into an attack, it will try to bolt from its current surroundings.

What To Do When Your Cat Hisses At You?

Some will argue that there’s not much you can do and that your only option is to leave the premises. That’s not true. You don’t want to encourage your kitty to be antisocial. If you run away each time the cat hisses, it will do harm to your relationship. Eventually, the cat will get the wrongful idea that it’s the boss and that it needs to make you leave.

Before taking any action you need to find the source of your cat’s aggressive behavior.

Is it hissing because it’s afraid? Is a new environment affecting the kitty or is it a new household member? Stranger guests, animals and objects can trigger fright and stress in any feline furball. Allow the cat to explore freely and be patient when you’re introducing it to new people and new surroundings.

Is your cat injured? Wounds can make your pet feel extremely vulnerable, stressed and frightened, which could result in aggression.

Instead of always running away until your kitty cools off, you must take precautions.

Make the environment as relaxing and appealing to your cat as possible. Purchasing catnip filled toys and comfortable cat bedding, and securing the room where the cat sleeps is one way to go. If you have kids, make sure they understand that they can’t be around the pet 24/7.

Socialize with your kitty, play with it, pet it and teach it tricks. It will build a stronger bond between you two and will make the furball feel more relaxed in your presence. If needed, ask the vet for special medication against anxiety.

Don’t ever punish the cat!

Don’t scold, yell, hiss back or use any other form of punishment. This will only trick your furry pal into thinking that being near you is a negative experience. Last, but not least, when you find yourself in a situation where your cat is hissing specifically at you, don’t stand in its way. Make sure the kitty has an easy escape route so it doesn’t feel trapped or threatened by you.