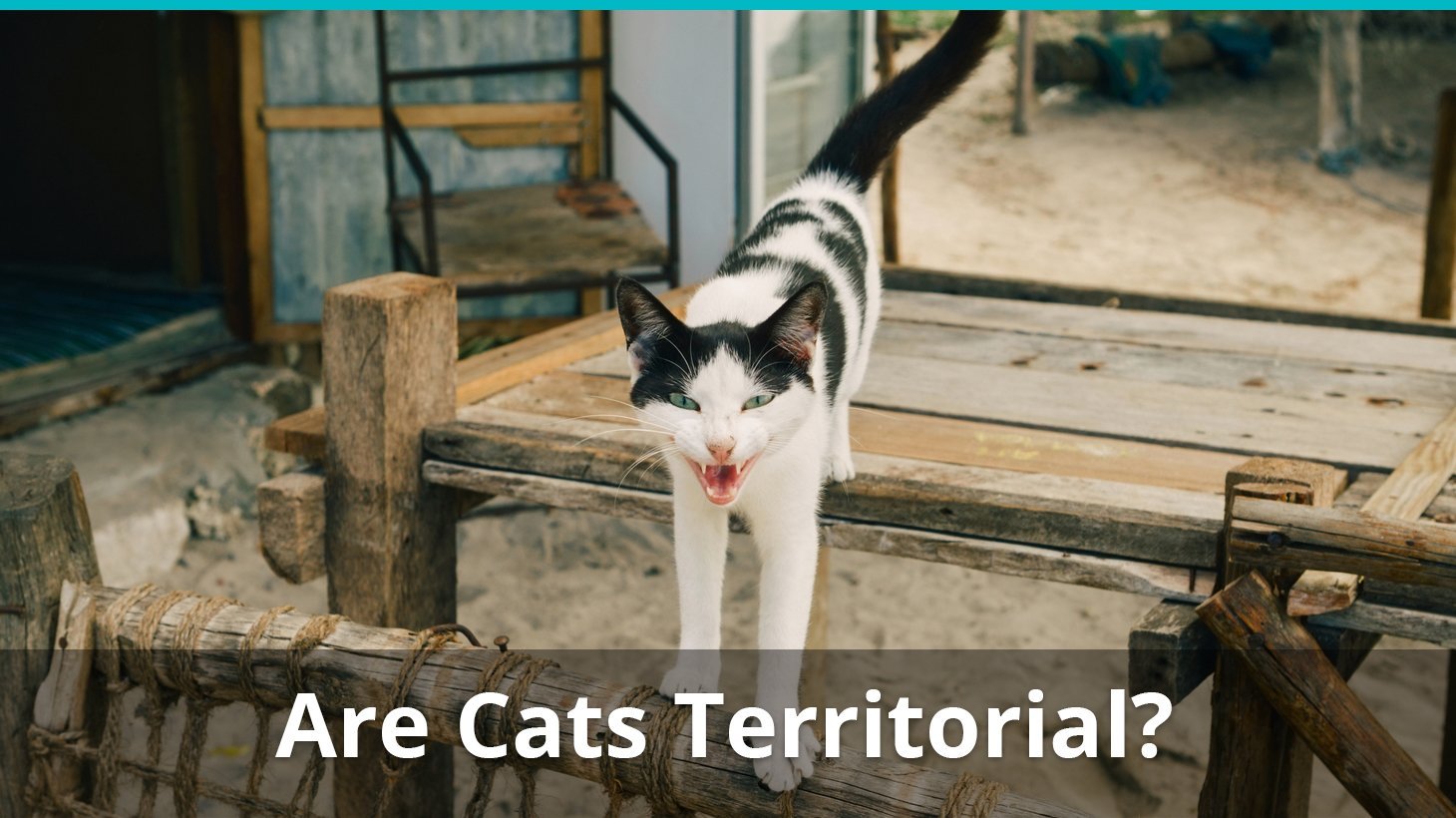 As majestic, graceful, and elegant as cats can be, they can also become a menacing pain in your neck. Felines don’t travel in packs, unlike other predators, but they are indeed territorial, mainly within their home environment.

Cats are natural hunters with extremely heightened senses, especially when it comes to their eyesight and their olfaction (smelling).

Thanks to its enviable sense of smell and a cat’s natural territorial nature, your feline furball can prove to be quite destructive, even when you think there’s no sensible reason behind this type of problematic behavior.

Why Are Cats Territorial?

Here’s the quick answer: they are born this way.

Felines are carnivores and regardless of the fact that they’ve been domesticated as pets from time immemorial, all cats have inborn wild, disobedient traits. They are amazing hunters and even if your kitty is residing strictly indoors and is extremely tolerant of unfamiliar scents, it’s still territorial.

The home base is basically your kitty’s bed.

The rest of your apartment is seen as the home range, also known as their hunting ground. If you’re allowing your cat to roam in your yard, then your house is the home base and your yard is probably the hunting ground.

As independent as cats are, they feel the need to protect their home base and hunting range. Here’s where the territorial part kicks in – any cat, other animal, human being, or inanimate object can be seen as invasive.

If the kitty picks up on an unfamiliar scent, no matter if it’s a new pet, a new visitor, or a new furniture piece, it will immediately think of it as intrusive. If it feels threatened by this intrusion, it will start acting out.

How Do Cats Mark And Protect Their Territory?

It actually depends on the kitty, as each cat is unique on its own.

When somebody or something invades the territory, it frightens the feline and makes it anxious to cope with the situation. Cats hiss, bristle, groan, and show other signs of warning, including sudden vocal or non-verbal changes in their posture.

All of these signs are intended to warn the invader that the cat has already claimed the area.

After issuing a warning, some cats will try to escape physical confrontation by bolting. Unfortunately, there’s no way to predict 100% if this will happen with your own kitty.

Even if the cat is relaxed, friendly, and tolerant by default, it can become offensive and aggressive when feeling threatened. While some cats won’t take further measures against perceived invaders, others will  attack with claws, teeth, and vocalizations, sometimes even against their very own pet parents.

Apart from warning and attacking in order to protect their desired area, cats also mark their territory.

Cats usually mark their territory by urinating, spraying hormones, rubbing, and scratching. Felines can release odor through urine and feces, and through scent glands located on their paws, tails, and faces.

A cat may rub against furniture, humans, and even other cats in order to sink its distinctive, unique smell into objects or living organisms residing in its territory. Many felines, especially males, will pee on carpets, flooring, and other furniture pieces in order to mark their home base and hunting range.

How To Cope With A Territorial Cat

The first and most important thing when coping with a territorial cat is to understand its behavior. Is it being offensive or defensive? Is it targeting another animal, a human being, or an inanimate object?

Bringing a new furniture piece home, welcoming a guest, or allowing another pet on your kitty’s territory may trigger your beloved pet’s over-protective behavior.

While some cat owners will argue that the best way to make your environment appealing and relaxing for your kitty is to spray it with catnip, that’s actually not true. The best way to cope with a territorial feline is to mask unfamiliar scents.

The ultimate way to do this is to scent new furniture, new pets, and new visitors with your kitty’s scent. Use one of your cat’s toys or clothing pieces and rub it against the possible intruder before introducing said “intruder” to your cat. This way your furry pal will recognize its own odor on the intruder. This basic familiarity with the smell will help the cat relax and will ease its inborn protective instinct. As such, the cat won’t feel the need to defend its territory.

2 thoughts on “Are Cats Territorial With Humans Or Other Cats?”