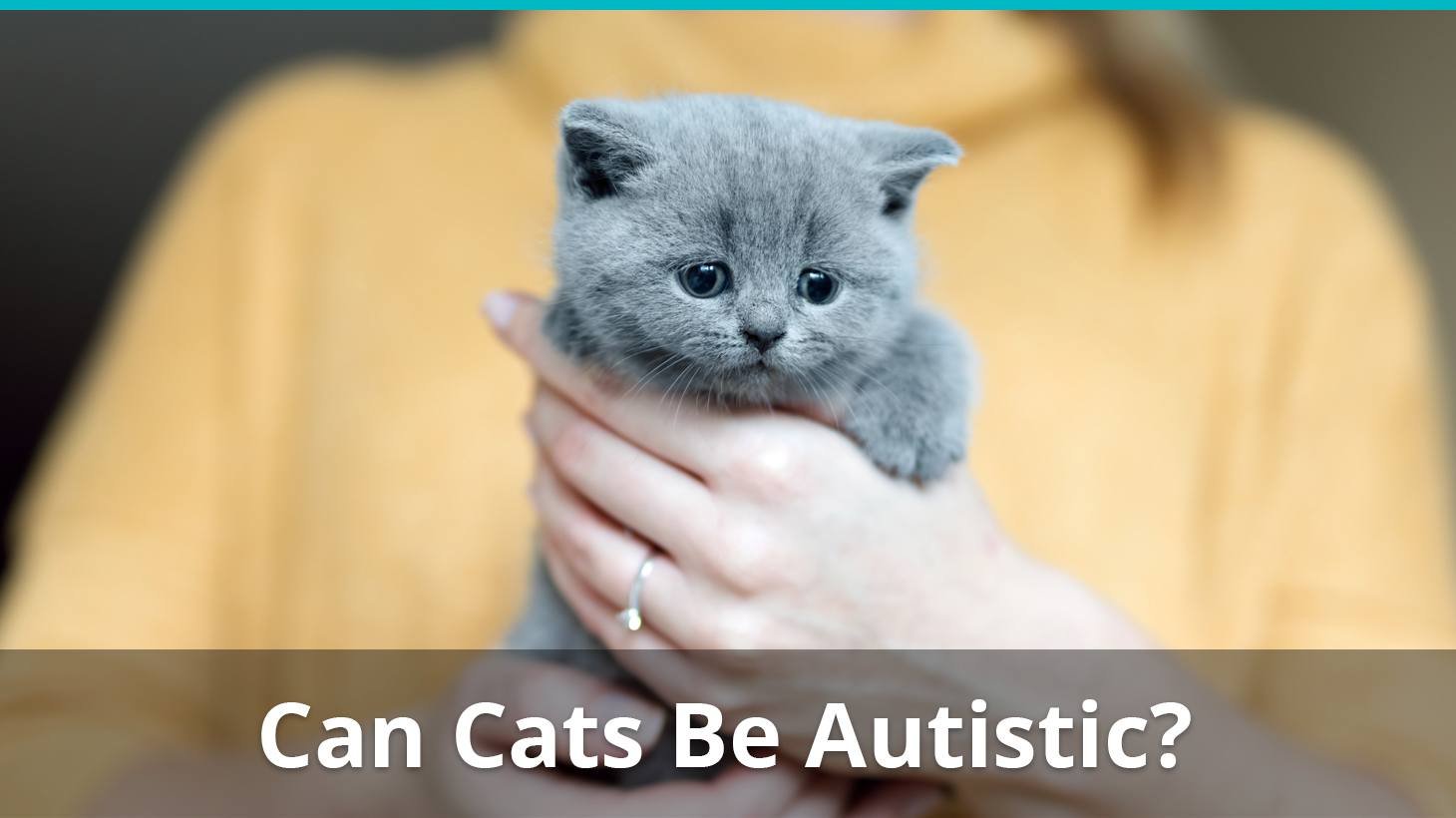 One prominent trait in autistic humans is anti-social behavior, not because the autistic person necessarily doesn’t like people, but because he or she doesn’t grasp certain nuances of social interaction. Occasionally, it seems that felines may also struggle with interacting with people – or even with other cats. Does that mean they’re autistic?

The simple answer is no.

We often tend to anthropomorphize our beloved pets and give them human-like qualities. We say they love us, they understand us, and they mourn for us when we’re away.

However, cats aren’t humans, however much they sometimes seem to aspire to be.

Cats don’t socialize the way we do. They don’t see what we see, and they most definitely don’t perceive the world the same way a human does.

And yet, as different as felines are from us, they can be quite similar to human beings in some cases. If we accept that autism is shaped by the nervous signals in our brain and that it presents a form of problematic behavior, then cats can shown signs of autism, but that doesn’t mean they HAVE autism.

How Can Cats Display Autistic Tendencies?

There are a wide variety of symptoms indicating autism in humans, which your kitty may also show. These symptoms revolve around social interaction, vocalization, and extraordinary focus or intelligence.

Let’s start with one of the most obvious symptoms of autism in humans and cats alike. Lack of proper verbal communication is common for autistic patients, as well as excessive vocalization directed only at a specific person.

If your kitty is purring, meowing, or chirping only when it’s near you, this doesn’t mean that it’s autistic. Some feline breeds, such as the Oriental Shorthair, are extremely talkative by default. Other cats rarely vocalize at all.

If the behavior appears to be the result of distress, seek your vet’s medical opinion. Otherwise, if you have a very quiet kitty – or a particularly loud one – don’t make assumptions that something’s wrong.

Many feline breeds are quite independent and need regular alone time. They may have times when they’re markedly antisocial and just uninterested in people or other animals.  If your feline furball’s behavior is antisocial towards the people and animals it meets, it’s a matter of overall temperament.  The level of exposure to social interaction with humans during a cat’s growth into adulthood also plays a significant role. The more a kitty is interacted with as a youngster, the more it is likely to friendly and social as it grows up.

But unless you notice a marked change in your cat’s behavior–say it’s usually very social and is suddenly hiding from everyone–it’s nothing to be concerned about. When in doubt, consult your vet.

Intensity of focus and extraordinary intelligence

Tons of cat breeds are famous for their surprising brains.

Birman cats and Abyssinians are two examples of noteworthy intelligent feline breeds. A well-known fact is that cats can be capricious. But don’t misinterpret your furball’s unexpected interest or suddenly expressed level of intelligence as autism!

If your fluffy pet happens to show a particularly intense focus on a specific toy, for instance, it simply means that it has a favorite. Same goes for other objects in your home. Not all cats are extremely curious towards unfamiliar objects and people. If your pet happens to be focusing only on one thing, it just means that it finds it more appealing than everything else.

Lack of focus or sensory abnormalities

Autistic people are often diagnosed with sensory abnormalities. Some cats may appear to lack focus, to have uncoordinated moves, and to express diminished responsiveness altogether.

This type of feline behavior isn’t caused by autism. However, it’s usually an indicator that something’s definitely wrong with your kitty. Depression, infected wounds, organ failure, and other types of health issues usually lead to such irregularities in feline mannerism. Moreover, they are flashing signals that you need to take your pet to the vet for a medical check-up.

But, Cats CAN Help Children With Autism

While Mittens isn’t actually autistic, I was so happy to read about a variety of research showing how pets help autistic children.

Specifically, they can help these children communicate more clearly and effectively, and it’s been shown that interacting with a pet upon waking up significantly lowers cortisol, meaning a less stressful start to the day.

Cats may not have it, but they can be heroes to those who do!

So, let’s sum things up

Cats can indeed act as though they are suffering from the same disorder as autistic people. However, that doesn’t necessarily mean that there’s something wrong with your feline. Each cat is unique on its own. As such, it’s difficult to categorize what’s common and what’s not for every single kitty out there.

Felines cannot suffer from autism, at least not in the sense human beings can. However, if you think there’s something wrong with your furball on a psychological or physical level, you should immediately schedule an appointment with your vet just to make sure your pet’s mental health and physical wellbeing are in order.

2 thoughts on “Can Cats Be Autistic? How Do I Tell If My Cat Has Autism Symptoms?”