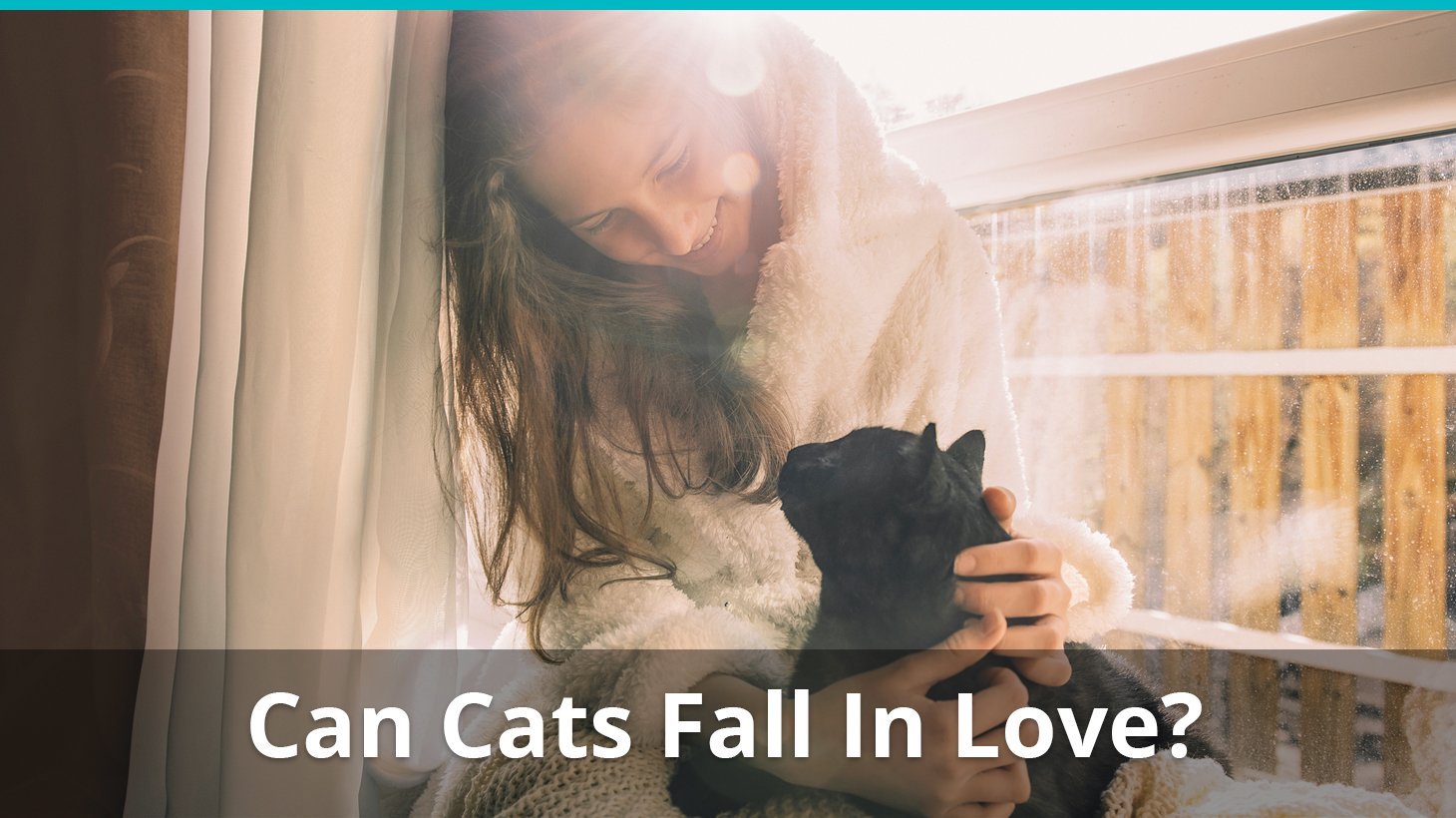 Can cats fall in love with each other, with their pet parents, or with something else?

Humans have a tendency to hold other people, domesticated pets and even inanimate objects such as personal belongings so dear that we may come to the point where we can say we truly love them. But are cats like that as well?

Felines don’t cherish love itself or acts of love the way that we do. For example, they won’t appreciate a lovely Valentine’s Day present like your partner would, and they won’t really love you the way you love your cat.

Unlike canines, kitties aren’t pack animals and they don’t need to be around a companion or a group of other feline furballs on a regular basis. However, they do get emotional, and they do have a strong sense of both dislike and affection towards humans, towards other cats, and towards places and inanimate objects.

So, Do Cats Fall In Love?

Falling in love is an exaggerated term.

More appropriate terms would be affection, attachment, the feeling of relaxation, seeking attention, and feeling contentment.

Felines also have a strong sense of attraction, but none of these feelings can be described as falling in love, at least not the way humans experience it.

Nevertheless, feline creatures can adore their humans, other cats, their accommodation, as well as their cat toys or other personal belongings.

The level of affection any kitty shows depends on several key factors, most particularly a cat’s personality. Each furball out there is unique, so there’s no ultimate rule which can apply to every single cat out there.

Other than your furry pal’s personality, there are other factors which can determine the level of affection your kitty has towards you. If it’s purring happily on your lap, lying visibly relaxed next to you, or constantly seeking your attention with vocalization, pawing, and attempts to snuggle, then it definitely loves you in its own way.

Of course, some cats are simply more vocal than others, like the Oriental Shorthair, while others will try to constantly snuggle next to you just because their personality is affectionate and cuddly.

Indoor cats are more attached to their owners than feral kitties are, and a kitty’s surrounding will also play a huge role in the way it’s treating its owner.

But What About Falling In Love With Other Cats?

Again, cats don’t really fall in love with anyone and anything, unlike human beings.

Male and female cats may feel strongly attracted to another cat for a number of reasons. If they’re in heat, they’ll feel sexual attraction towards other felines. If they happen to be siblings from the same litter, they’ll feel sibling “love” or parental attachment towards the other kitties.

Two non-related cats can also form a solid friendship bond. You could describe it as friendly, platonic love, but it definitely won’t be the same as the friendship between two people.

How About Toys and Inanimate Objects?

If your feline pal is showing a strong preference towards a particular toy or one of several scratching posts and is refusing to go near other similar items, it simply means it likes it better. It could be because of the interaction factor, the particular placement of the item in your home, or the entertainment, comfort, and safety options offered in comparison to similar objects.

Basically, it means that your cat is associating its favorite objects with a positive experience.

So, let’s sum it up. Cats cannot fall in love with people, with other cats, with special places, or with inanimate objects. They don’t feel love, and they don’t experience the feeling of falling for something or someone. Instead, they grow fond of the subject of their affection.

While your cat may not love you the way humans do, it doesn’t mean that it’s not fond of you. As long as you devote your time and kindness to your precious feline furball, it will most definitely cherish you for the rest of its lifetime in its own special ways, even if it’s not expressing its affection often.

4 thoughts on “Can Cats Fall In Love With Each Other, With You, With Their Toys…Or At All?”