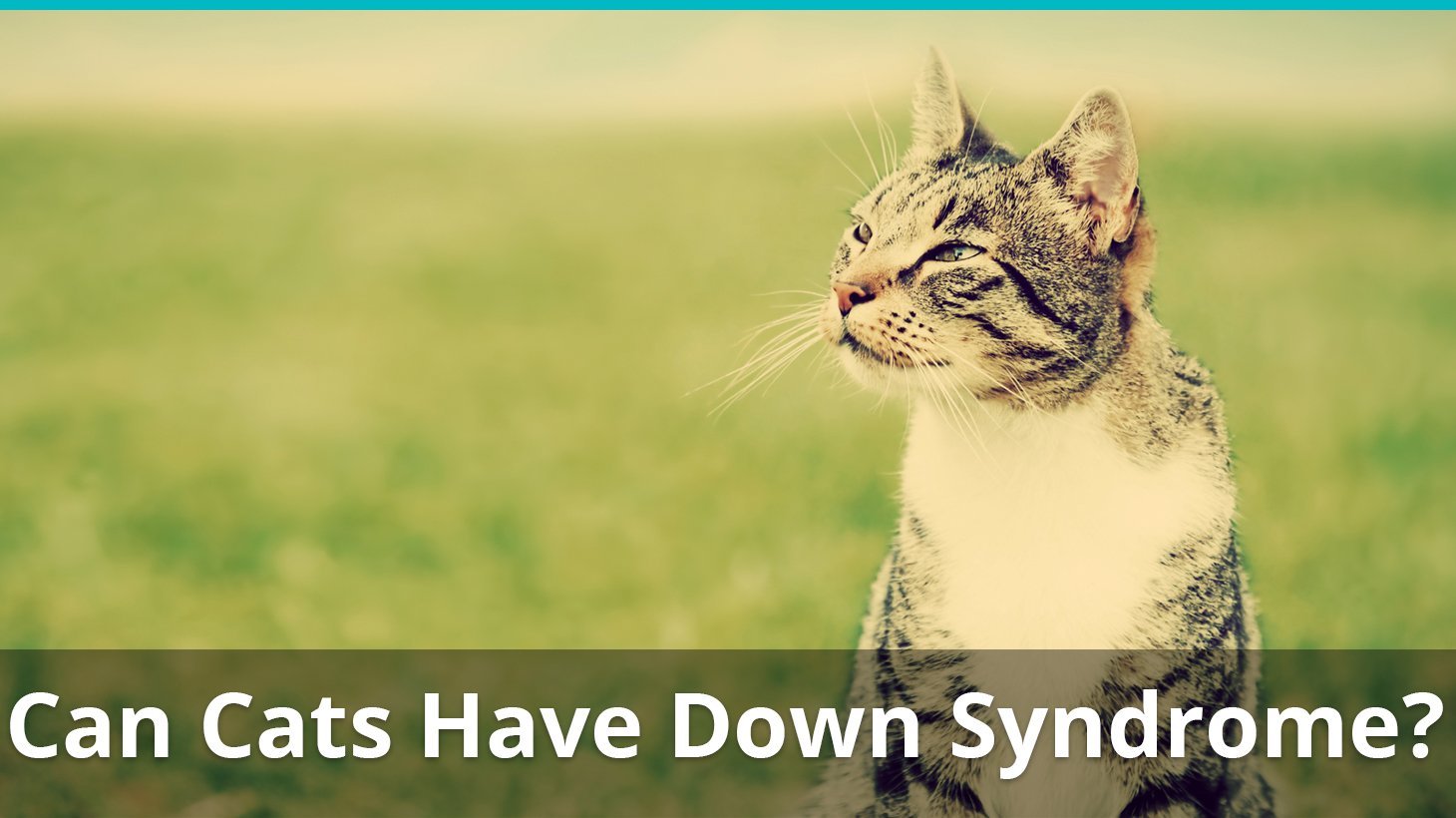 As pet parents we tend to give our beloved felines various human-like qualities.

Usually this means perceiving them as capable of being loving and showing other human-like characteristics in terms of behavior such as “smiling.” Sometimes felines can’t quite live up to the expectations of their breed’s appearances and character traits and that makes their owners wonder if their kitty is suffering from a human condition such as autism or Down Syndrome.

Down Syndrome is a genetic condition that is responsible for severe changes in human physique and social behavior.  Cats can also have poor muscle tone, abnormal facial and body appearances, and neurological problems.

So…Can Cats Have Down Syndrome?

Genetic mutations can occur in cats just like in human beings. It’s not uncommon for feline creatures to experience physical or neurological abnormalities.

But abnormalities outside the most common types of problematic behavior aren’t necessarily caused by gene mutations or extra chromosomes.

Moreover, the feline genetic structure is far different from the one of human beings. Down Syndrome is actually a chromosome anomaly. It’s caused by the forming of a trisomy, or an extra chromosome in the Chromosome 21 pairing in the human body.

Humans have 23 chromosome pairings, whereas cats have 19 chromosome pairings. As such, it’s physically impossible for cats to have a trisomy of the Chromosome 21 pairing. Dogs have a larger chromosomal number, so they can experience mutations in this pairing. But this doesn’t mean that Down Syndrome is an actual disorder among animals.

So no, cats can NOT have Down Syndrome.

However, felines can suffer from their own physical and neurological abnormalities, including other chromosomal abnormalities…it’s just that Down Syndrome is not one they can technically have.

They can suffer on a mental health level and experience intellectual disabilities. They may not answer when they’re being called or respond to basic commands. Moreover, they may appear aloof and even as though they can’t properly acknowledge their surroundings.

Such neurological complications in felines may be caused by a number of factors, either emotional or genetic, but they aren’t derived from the human-specific Down Syndrome. Nevertheless, many people attribute this disorder to felines of all breeds and ages.

Down Syndrome Signs In Cats And Kittens

Human beings can experience a vast variety of physical and mental signs of Down Syndrome.  Cats can also experience these and many other abnormalities.

When they’re still young, cats may not grow and develop properly due to lack of nutrition or genetic condition.

As they get older, felines are prone to developing various muscle issues. Cats may also suffer physical anomalies, which can be simply caused by inbreeding or by actual disease.

Felines wrongfully diagnosed with Down Syndrome either look or act abnormally compared to other cats. Droopy instead of alert ears, squished noses, slanted or wide-set eyes, poor muscle tone, and social abnormalities are common for what has become known as Feline Down Syndrome.

However, each kitty out there is unique. Don’t expect yours to look 100% like all other cats of the same breed.

What To Do If Your Cat Has Down Syndrome Symptoms

There is indeed an unofficial disorder called Feline Down Syndrome. It is not recognized as an official diagnosis because, as mentioned before, cats have a different chromosomal structure than humans, so they can’t have actual Down Syndrome.

If you suspect there’s something wrong with your precious furball, don’t panic. Take it to  a reputable vet immediately. No qualified vet will diagnose your pet with actual Feline Down Syndrome.

Instead, the specialist will examine your kitty and determine if there’s an actual physical or emotional issue at hand.

Your doctor can carry out blood work, X-rays, genetic testing, and other types of special tests in order to determine if your pet has specific healthcare needs.

Just like Monty the cat, they may find a chromosomal imbalance, which is about the closest a cat can get to actually having DS.

Don’t ever neglect your pet’s well-being. Make its physical and mental health your priority. Even if there’s nothing wrong with it, schedule an appointment with the vet just in case. It’s better to be safe than sorry!

4 thoughts on “Can Cats And Kittens Have Down Syndrome?”