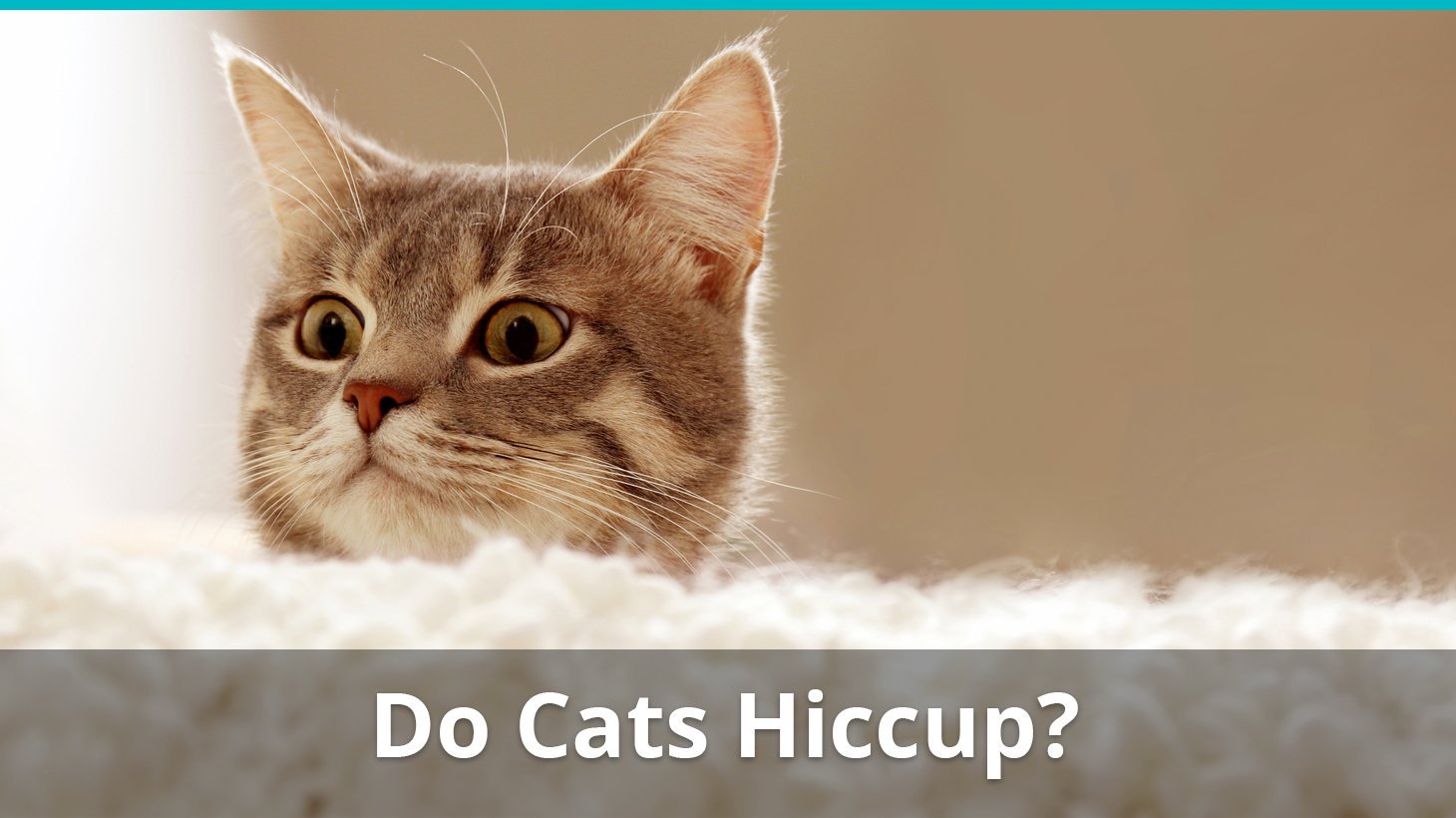 Felines are mysterious creatures, which we sometimes don’t understand.

But sometimes, cats act just like human beings. They can get territorial, lethargic, curious, and can also possess human-like qualities such as loyalty, playfulness, jealousy, affection, and so forth.

Cats can also suffer from a variety of health disorders and they often show their pet parents telltale symptoms that something’s wrong with them. Excessive meowing, biting, uncoordinated movements, coughing, hiccups, and other types of problematic behavior are just some of the usual symptoms.

Wait, hiccups? Do cats get hiccups?

All feline furballs can get the hiccups, regardless of their breed and age. When cats start hiccuping, it’s hard not to notice. They often produce sounds similar to chirping and their heads either pop up and down or they show signs of spasms in their abdomens.

Some breeds, such as the Oriental Shorthair, are more vocal than other feline breeds and they produce sounds similar to chirping on a daily basis. That doesn’t mean that they are hiccuping. Not all cats make such chirp-like sounds when they are hiccuping.

Why Do Cats Get Hiccups?

Hiccups can be caused by a number of reasons, regardless of your kitty’s breed or age. They are more common for young kittens, but can also occur in adult cats. Here are some of the most common reasons for these spasms.

Overeating is a common reason for hiccups in cats. Eating too fast can trigger the spams, especially if your kitty loves eating without chewing through the chunks of cat food regardless of the type of food – dry or wet.

Vomiting may also occur as a side effect to swallowing too much air, resulting from eating too fast, so monitor your furball to make sure it isn’t scarfing food down without chewing it.

Unless you’re the proud owner of a hairless feline breed, such as the Sphynx cat, then you’re familiar with the nasty business of dealing with cat hair. Felines tend to swallow a lot of cat hair while they’re grooming themselves. If they don’t spit or vomit it, it gets stuck in their throats and stomachs. As a result, they can’t digest it and it can cause severe spasms in the diaphragm.

Cats which suffer from chronic anxiety are more prone to getting the hiccups than other kitties. Separation anxiety, stress, fear, panic, and other similar negative emotions can easily trigger hiccups in restless and troubled felines.

Hiccups can be caused by a number of physical health-related issues, such as problems with the nervous system, allergies, asthma, tumors, heartworms, and so forth. In these cases the hiccups may appear to be sudden or chronic, or could even be mistaken for coughing.

What To Do When Your Cat Has Hiccups

Do not panic. If your kitty is hiccuping due to anxiety issues, hairballs, or overeating, the hiccups will go away after a while.

If the cause is hairballs, opt for investing in a more efficient cat brush, which will sweep all loose hairs and matted fur away so that your kitty won’t swallow hairballs while grooming itself.

When the hiccups appear to be chronic, there might be a bigger issue. Schedule an appointment with your vet and be as descriptive as possible regarding your furball’s hiccuping.