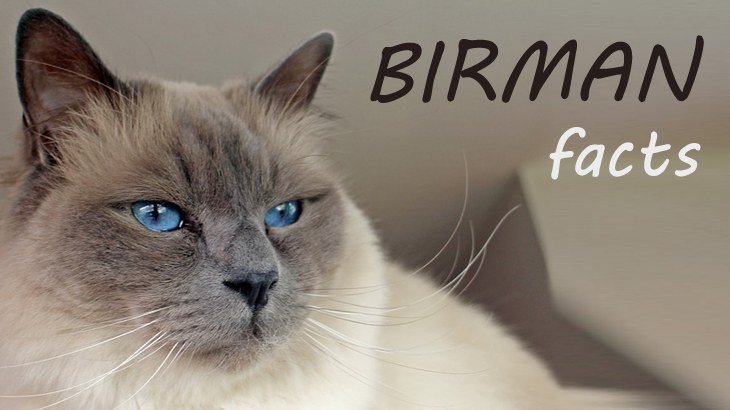 The Birman breed is not only gorgeous in terms of physical appearance, it also possesses the ideal temperament for apartment living.

These lovely blue-eyed creatures are naturally social and have extraordinary intelligence and amicability. They easily befriend people, children, and even other pets. Moreover, their laid-back temper and the lack of a constant need for grooming have made them extremely popular among cat owners from all over the globe.

It’s a fact that Birmans need special nutrition in order to thrive. However, this particular breed is atypically low-maintenance compared to other feline breeds. In fact, Birmans are so desired as domestic pets that even one of the most pretentious and eccentric people on the planet has a pet Birman – Chanel’s CEO Karl Lagerfeld owns a Birman kitty named Choupette.

These kitties are moderately playful and aren’t fascinated with heights. As such, their playfulness is less likely to result in destructive behavior. Your Birman kitty will be perfectly pleased with its cat toys. It won’t feel the need to play with the couch’s upholstery or to ruin your new set of curtains.

The real origin of this breed is truly mysterious. It is believed that were imported into France more than a century ago. However, nobody knows for sure where they initially came from.

Numerous theories have surfaced regarding the true origins of the Birman cats, but none of them have cleared up the mystery. Nevertheless, Birmans are still considered sacred cats in Burma. That’s how they got their name, which is derived from the French term for Burma – “Birmanie.” They  nearly went extinct during World War II but fortunately, their population was restored afterwards.

One of the signature traits of this gorgeous breed is the distinctive blue color of their irises. All Birman kittens have blue eyes, which remain in the same color specter throughout their adulthood. Unlike other feline breeds with beautiful eyes, Birman cats aren’t prone to developing eyesight problems. The deep sapphire blue in their eyes varies in hue, and it’s always truly stunning.

Birmans are quite famous for their friendly nature. Their amicability is well-known and while there might be a Birman or two out there which is more reserved, by default, this is a genuinely friendly breed.

Keep your Birman kitty indoors not only for the sake of preventing outdoor diseases such as fleas, but also because your cat might make unexpected friends and could choose to wander off with them. And losing the family pet due to its sociability is something you would regret for the rest of your life.

Don’t be fooled by the Birman’s calm temperament! These kittens are quite social and they require active interaction on a daily basis.

Playtime and training sessions are a great way to spend some valuable bonding time with your Birman. If want to get a Birman kitty and you can’t spend too much time at home, opt for another breed. Purchasing interactive pet cameras and playing recordings of your voice while you’re away won’t do the trick with these kitties.

On the other hand, if you devote your leisure time to spending it with your Birman, you won’t regret it! These affectionate and lovable furballs really know how to make their owners feel cherished and special. 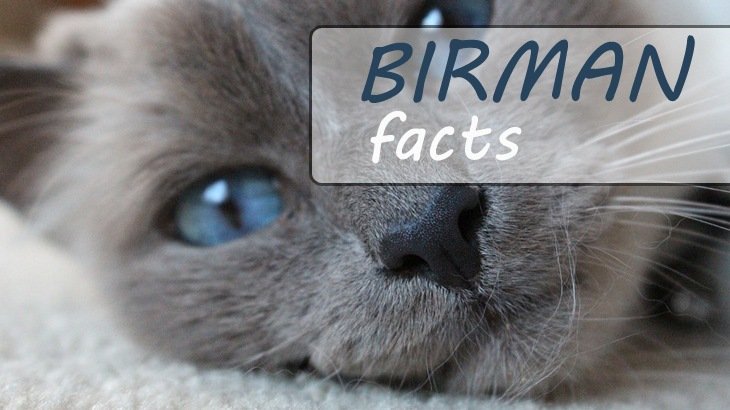 Don’t do well with solitude

Cats are independent by default. However, that’s not really the case with the Birman. Birman cats are very affectionate towards their owners. Even though they aren’t demanding, unlike Abyssinian cats, for example, Birmans don’t like solitude. They love their people. These felines don’t take well to solitude, unlike other breeds, which prefer spending some alone time on daily basis.

It’s natural for a Birman kitty to follow its owner from room to room without any obvious reason. The breed just enjoys being in a room with somebody. Getting another pet as a companion for your Birman is a good option. These furballs will not only tolerate the new pet, but will easily make friends with it.

Suitable for kids and other pets

Due to their amiable nature and need for social interaction, Birmans are suitable for families with kids. They’ll enjoy each minute they spend with their families and will tolerate the children’s need for constant playtime.

Another fun Birman fact is that these cats are also suitable for dogs. If you wish to get a puppy and a kitten, Birmans are among your best possible options. Of course, not all dog breeds are suitable for dwelling in the company of a cat. Laid-back, tolerant, and sociable breeds like Labradors and Beagles are ideal. Always remember that you need to carefully introduce the two pets in a safe and controlled environment.

These cats are quick on the uptake! Though these docile and surprisingly smart kitties are hardly circus performers, they can still be trained, if given enough patience. You can teach your Birman how to respond to its name and other commands such as “sit” or “high five.” The best part is that if your kids want to join the training sessions, the Birman will enjoy the interaction with the additional trainers.

While Birmans look absolutely fluffy and huggable, they are actually low maintenance cats. This breed lacks an undercoat, similar to Ragdolls. But unlike Ragdolls, Birmans are easy to groom and you don’t have to groom them on daily basis.

Birman cats have soft, single-layer silky fur. The lack of undercoat means their fur is less prone to matting and shedding. However, they still need some maintenance in order to keep up their fluffy looks. Cat hair does attract dirt and debris, which pose a risk for possible allergies. Moreover, even though they don’t have an undercoat, Birmans, like all cats, still shed. Bathing and brushing are essential for any feline out there.

They are born white

Similar to Siamese cats, all Birmans are born entirely white. The breed has very distinctive color spots, which become visible as the kitty matures.

Some of these spots are located on their paws, and are always white. They give off the impression that Birmans have white gloves. The rest of the Birman’s coat can have a variety of colors. The most common ones are cream, seal, and chocolate, although Birman kitties can also be gray, lilac, red, or tabby and tortoiseshell spot coloring. These colorful spots start appearing around the newborn kitten’s second week and don’t reach their full pigment potential up until the kitty is two years of age.

How much do Birman cats and kittens cost? Price analysis and buying guide.

If you’re wondering how much Birman cats and kittens cost, the answer is – not that much. These elegant blue-eyed creatures aren’t as expensive as other domestic breeds, regardless of the fact that they’re considered as sacred.

So, how much do Birman kittens cost? Around $700-$1,000 on average. Affectionate, extremely intelligent, social and low-maintenance, they are a dream-come-true for families with children. When you add the long lifespan to the list of advantages, this breed is definitely a good investment.

If you want to buy a Birman, be careful not to get cheated into paying for an overpriced kitty that’s advertised as white. Birmans are born white and they start developing their spots over time. Light-colored kittens won’t fully develop their secondary colors up until the age of 2. Nevertheless, no Birman will stay show-white, so be wary of shady breeders advertising such miraculous furballs.

Birmans are considered as an overall healthy breed. Of course, no kitty out there is 100% disease-proof and even healthy breeds like this one aren’t invincible.

The most fearsome health issue Birmans might face is hypertrophic cardiomyopathy, also known as HCM. HCM is the most common type of heart disease in feline creatures. It can lead to severe problems, such as paralysis of the rear legs, heart failure, and death. Congenital hypotrichosis, corneal dermoid, and kidney dysfunctions may also affect Birmans, even though these conditions are rarer.

Birman cats require special nutrition specifically designed to meet all of the breed’s dietary requirements. Feeding them a well-balanced diet of wet canned food made of vegetables and meat-based products is vital.

These kitties require moist and oily food items which are free of grains and fillers. The raw diet isn’t the best choice when it comes to Birman cats, especially due to the fact that raw meat often has hidden bones, which may lead to digestive problems.

Birmans can get picky or addicted to a particular food item, just like any other kitty. As such, it’s important to keep their diet balanced and varied.

Apart from maintaining your Birman kitty’s proper diet and making sure you’re grooming it regularly, you should also focus on its overall health. Don’t miss your vet appointments, and schedule a new check-up if you have any suspicions regarding your furball’s health state.

Birmans have a unique way of showing just how much they cherish their pet parents. Their lovable character combined with their majestic looks is what makes them so popular among cat owners all over the world.