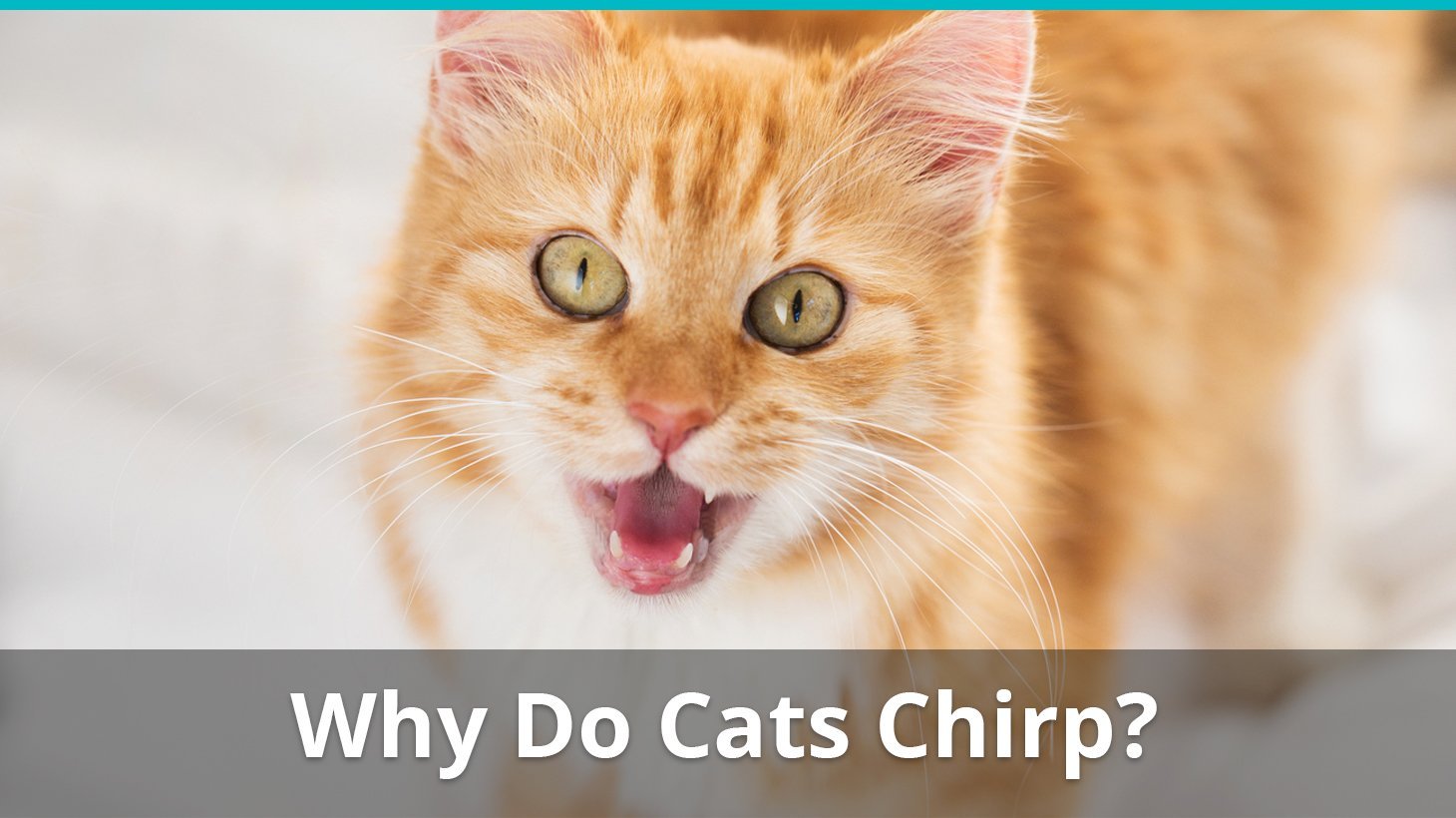 Some cats are quite vocal and others, not so much.

Felines of all breeds and ages produce a variety of sounds, including meowing, yowling, growling, purring, and so forth. They might not be able to communicate the way we, humans, do it, but they sure know how to speak.

In terms of feline language, some breeds are incredibly vocal compared to others. Oriental Shorthair cats, for example, are anything but shy when it comes to speaking their mind out loud.

Even if you haven’t yet caught your cat in a talkative mood, that doesn’t mean your cat will remain quiet forever. And when it does decide to speak, be prepared to hear a wide variety of sounds. From the aggressive hissing to the horrendous nighttime meowing, the feline language is undoubtedly expressive.

One of the most unusual sounds cats produce is the so-called chirping.

Chances are, you’ve seen videos of chirping cats, or you’ve heard these funny sounds coming out of your own fluffy pet’s throat. These noises sound like a bird’s chirping and are often quite brief and abrupt.

Cats aren’t chirping like birds as a way of mimicking their feathered prey. Felines don’t chirp only at the birds they see through the window.

In fact, kitties chirp at the prey, their pet parents, toys, and other animals. If you happen to be the proud owner of both a cat and a dog and your pets are friends, you may witness your cat chirping at its canine pal.

Cat Chirping – Why Do Kitties Chirp?

There can be many reasons, from agitation to excitement to wanting something. Regardless of the reason, these sudden and abrupt sounds aren’t an indicator that something’s wrong with your kitty.

Every feline out there can chirp, but that doesn’t necessarily mean you’ll hear your cat doing it.

Young or newborn kittens act out in hilarious ways. Sometimes they chirp at their mothers when they’re hungry or feeling playful. The squeaky sounds are either intended to spark a sparring/ play session or to request food.

Chirping On The Window Perch

The most common scenario for a chirping cat is when it’s looking through the window. The outside world offers birds, rodents, and other types of moving prey.

It’s common for a cat to chirp on the window when provoked by the subject of its attention. Potential prey excites the feline furball, and in return, the cat shows its excitement using these sounds.

In such cases, the cat may also chirp out of unpleasant frustration because it’s separated from the outside world and the subject of its interest. One of the most substantial reasons to keep your pet strictly indoors is so that it won’t run off after the first bird that catches its eye.

Fleas and other parasites are also fundamental factors as to why you shouldn’t allow your cat to roam the yard.

Chirping At You, The Pet Parent

There’s no need to panic if this happens to you. It simply means that your precious furball is demanding something from you. That’s usually food, attention, treats, or playtime.

Sometimes it may mean that your cat wants you to let it into another room where its favorite toys are. There’s no need to worry. Your fluffy pal won’t see you as some gigantic prey that it needs to catch and eat.

Chirping At An Inanimate Object

Even though this is rare, you might actually catch your kitty chirping at its toys.

Feathered wands and the interactive laser-chaser games are usually the most enticing for feline furballs, regardless of their breed and age. As such, your cat may be either expressing its interest in the toy or simply wanting to play with you using a favorite toy.

Cats produce such chirping sounds whenever they are excited, provoked, or feeling particularly interested in something. It typically occurs right before a hunt or a play session, whether it’s with you, with other animals, or with an inanimate object.

When this happens, there’s no reason to worry. But that doesn’t mean you should ignore the chirping either. Don’t neglect your kitty’s needs for social interaction.

As long as you’re showing that you care, your beloved furball will cherish you for all of your efforts in its own unique way.