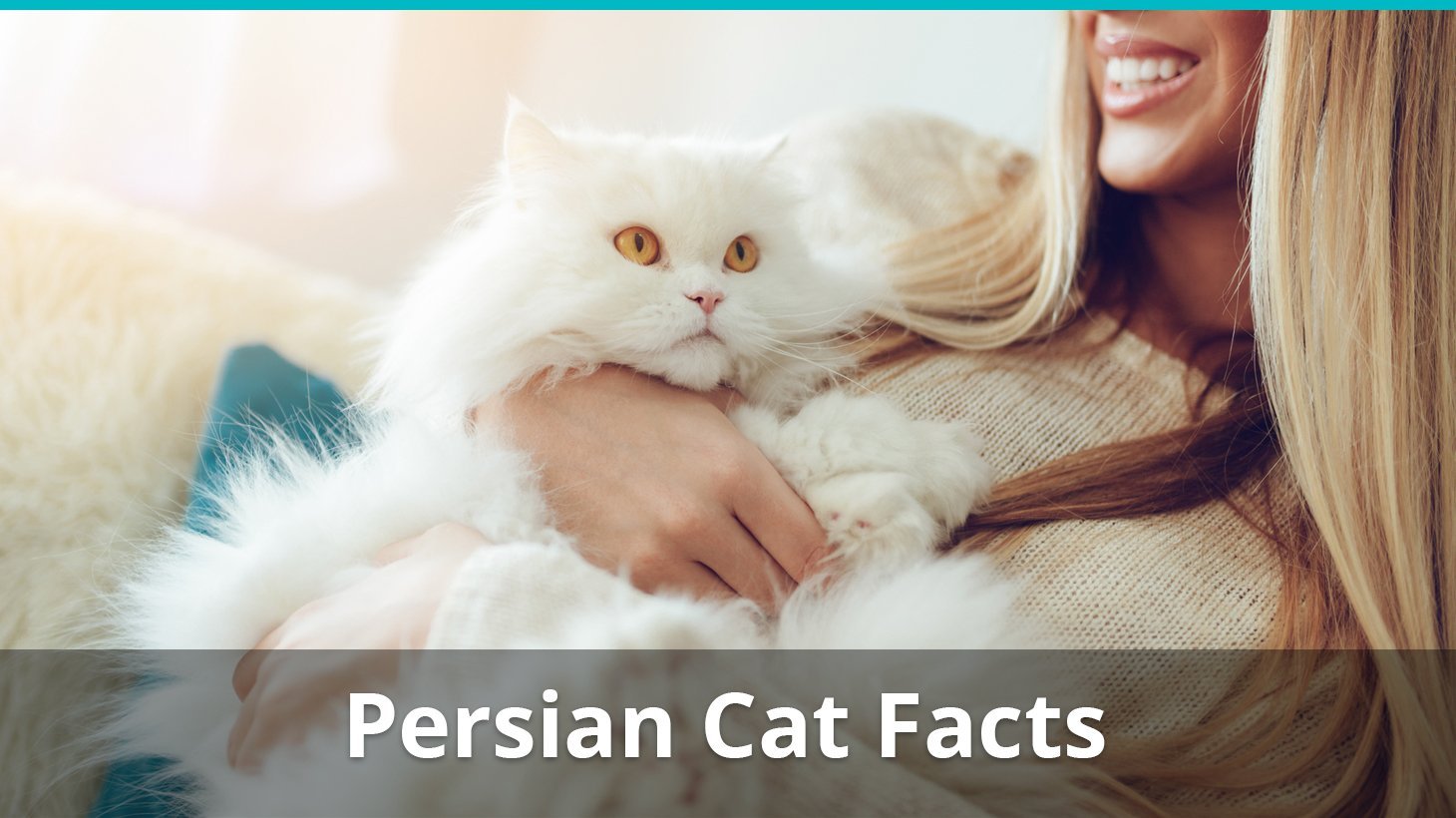 If you happen to own a Persian cat, consider yourself a lucky pet parent. Persians are not only adorable and extremely fluffy, but they are also ideal for apartment or smaller-home living.

Moreover, their amiable nature is one of the reasons for the Persian cat’s popularity.

Many people dread the fact that these feline furballs require grooming on a daily basis, but this shouldn’t make you shy away from Persians.

Many cat owners prefer keeping their Persians with shorter fur in order to avoid a need for excessive grooming. Shorter hair also means less cat hair on furniture items and other surfaces.

But if you’re equipped with proper cat brushes and a powerful vacuum for cat hair, you won’t have any trouble taking care of a cute Persian kitty.

Plus, all the work is worth it!

Persians are among the best pets out there. They are not only friendly, but also quite lazy…but that doesn’t mean that they aren’t playful! It simply means that they aren’t hyperactive and therefore aren’t likely to ruin your home when left alone. On the whole, Persians are quiet, peaceful, and amiable.

They can express fussiness towards some food items, so it’s best to stick with cat foods suitable for this breed.

They can be reserved when it comes to children, but are truly affectionate toward their owners. The fact that they easily adapt to apartment living is among their best features.

Facts About Persian Cats To Get You Up To Speed

Here are some fascinating facts about Persian cats.

All right. So, the fact that Persians, famous for their long fur, are high-maintenance cats isn’t shocking. If Persians aren’t combed and de-shedded on a daily basis, their fur will get tangled and filthy. Slicker and silicone cat brushes are ideal for Persians. Apart from combing through their thick fur coats, you’ll also need to carefully clean your pet’s tear ducts, especially if you own a peke-faced Persian.

They Aren’t Always Flat-Faced, or Peke-Faced

Not all Persian cats have a flat face. The flat face rose to popularity after a spontaneous mutation occurred in Persian cats back in the 1950s. Today, so-called peke-faced Persians are usually bred for feline shows and competitions. Nowadays many Persians have a telltale muzzle, which is still considered flat, but is far from the actual peke-face.

Peke-faced cats are actually considered a separate breed, even though they’re very similar and boast the same long, soft coat. They’re called “peke” faced, because their flat face resembles that of a Pekingese dog.

Such non flat-faced Persians are often called doll-faced. According to official competition standards, kitties with visible muzzles are still allowed to compete and won’t get disqualified at shows for having well-expressed features. However, peke-faced Persians with their foreheads, chins, and noses in perfect vertical alignment receive the most points.

Persians are great lapcats.  If you don’t notice your Persian’s face and ears, you may not realize that the furball on your couch is an actual cat and not an overly fluffy pillow.

Part of what makes Persians so suitable for apartment living is their laziness. Unlike hyperactive breeds like Abyssinian cats, Persians won’t ruin your furniture. They don’t feel the need to blow off steam and excessive energy by clawing the couch or digging up your potted plants.

They aren’t adventurous or curious by default, so they likely won’t explore forbidden corners of your house or apartment. Many Persian kitties are playful and social, especially when they’re young, but that doesn’t mean that they’re hyperactive or destructive.

Nevertheless, these fluffy felines are extremely amiable and lovable towards their pet parents. Their calmness makes them ideal for quieter homes and small families without young children.

While their flat faces might trick you into thinking that Persians are reclusive and grumpy, that’s not the case. These cats can be truly affectionate when they’re showed enough love and devotion.

Persian cats were imported into Europe from Persia (nowadays, Iran) in the early 1600s. However, their true origins remain a mystery to this day. Nobody knows how old this breed really is.

Among the lesser-known Persian facts is the fact that Persian kitties were prize winners long before feline shows were a regular thing all across the globe. The very first recorded cat show took place back in 1871 at the Crystal Palace in London, UK. Scottish Wild cats, Siamese cats, Manxes, and other breeds were showcased, but a Persian cat won the Best In Show prize.

Most Popular in the US and the UK

Persian feline furballs are popular among pet parents from all over the world. However, these fluffy cats are most popular in the US and the UK.

According to official reports from 2015, the Persian cat was the second most popular feline breed in the US, surpassed only by the Exotic Shorthair breed. And it was the number one most popular pedigree cat in the US for 2008.

While its popularity has dropped in the UK over the past decade, it’s still among the top breeds. In the UK, Persians are surpassed by British Shorthairs, Ragdolls, Siamese, Maine Coons, and Burmese cats. The Persian kitty’s popularity has also significantly dropped in France, but it’s still considered a desirable breed there.

They Come In Various Color Patterns

Persian cat coats come in a rich variety of colors. The patterns may include gray, cream, silver, smoky, bronze, blue, white, black, red, chocolate, among many other hues. The patterns can also be marbled, spotted, mackerel, tickled, shaded, grizzled, chinchilla, and so forth.

While Persians are generally considered rather large cats, teacup and pixie-sized Persians exist on the market, even though they are quite rare. These are basically tiny versions of the big, hairy kitties.

Snowbell is the gorgeous, deceptive, majestic family cat from the 1999 movie Stuart Little and its sequel from 2002, Stuart Little 2. The character’s portrayal was actually carried out by a total of four white Persians. Prince was the main kitty used for the scenes, whereas the action scenes were done by Rocky, Ruffy, and Tuffy.

Mr. Jinx is the hilariously trained cat from Meet the Parents (2000) and Meet the Fockers (2004). The cat was trained to use the toilet, to wave, to respond to its name, and to carry out other commands. Part of what made these comedy movies so hilarious was Mr. Jinx, who was portrayed by numerous real-life cats.

Back when Norma Jeane Mortenson, who was better known as Marilyn Monroe, was residing in New York around the mid-1950s, she owned a white Persian cat, which she named Mitsou.

Taki was the black Persian pet cat of the notorious screenwriter and author Raymond Chandler. Chandler allegedly used to read the very first drafts of his written works to his own Persian, which was probably his most trusted critic.

How much do Persian cats and kittens cost? Price analysis and buying guide.

Having in mind Persians are among the most majestic cats and live longer than other domestic breeds, they aren’t extremely expensive. What makes them expensive is their pedigree and the fact that you’ll spend a fortune on cleaning and grooming. But how much do Persian cats and Persian kittens cost in reality?

If you’re looking for a Persian cat buying guide tip that won’t break the bank, here’s my advice – opt for European kitties and avoid looking at newborn ones. Getting a 3 year old Persian cat doesn’t mean buying an elderly cat. They have a lengthy lifespan, so you’ll have a great feline companion for a long period of time.

Persians are beautiful, indeed, but they are also prone to suffering from a number of health issues. Their malformed tear ducts, flat faces, and long fur coats lead to various health problems including shortness of breath, kidney disease, liver disease, ringworm, dermatitis, and lupus. Other issues include cataracts, lower urinary tract disease, and diaphragm-based hernias.

The best ways to maintain the health of your Persian kitty is to feed it with proper cat food (click here to see our list of best cat foods for Persians), groom it on a daily basis, and never miss a scheduled appointment with your vet.

Love them, and they’ll love you back, in spades!