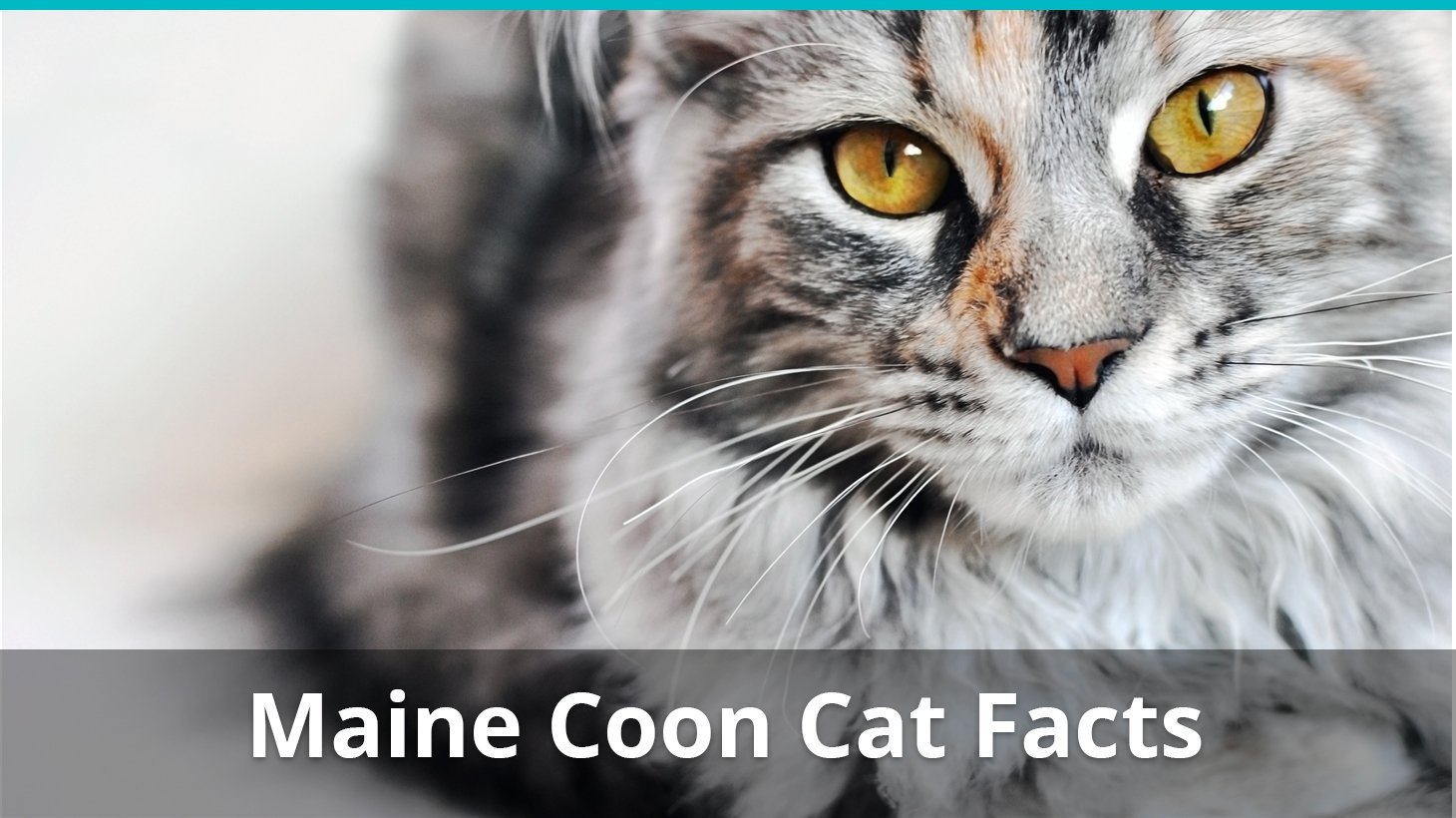 Maine Coons are widely known for being massive and having majestic, silky fur coats. They are among the oldest and largest breeds of domestic cats in Northern America.

These huge feline furballs come in many colors and patterns, are extremely sociable, and are great indoor cats for apartments.

Contrary to the popular belief that big cats should stay outside, Coons actually adapt well to apartment living.

Moreover, their friendly nature and moderate playfulness make them suitable for families with children – even those families who may already have a dog.

All of these traits make Maine Coons a desirable pet for cat owners from all over the world.

These felines are excellent day and nighttime hunters, to say the least. But despite these acclaimed hunting skills, this breed has been nicknamed “the gentle giant”. That’s right – they aren’t destructive, they are sociable, and therefore suitable for children and other animals.

Back in 1985, they were made the official state cats of the State of Maine, US. Here are some other interesting Maine Coon facts, some of which might even make your head spin.

One Of The Largest Domestic Cat Breeds In The World

Yes, this breed is among the largest breeds of domestic cats found throughout the entire globe. As such, they have specific nutritional needs.

The average male weighs around 18 pounds, but that doesn’t mean that they can’t get even bigger!

Ragdolls and Norwegian Forest cats also fall into the large domestic kitty category, so don’t assume that you won’t find bigger cats than the Maine Coon.

Nevertheless, don’t make the mistake of thinking that your cute extra-fluffy Coon kitty will remain small.

Most cat breeds reach maturity around the age of 8-12 months.

However, that’s not the case with Coon cats.

Not only do they grow bigger than other domestic kitties, but they also grow slower. Regardless of its gender, it will keep growing for years. Some Coons reach their maximum growth around the age of 3. Others will keep growing even beyond that.

By the time your cat is 5 years old, it should have reached its potential in terms of growth. However, that doesn’t mean that he/ she will have outgrown its playful, kitten-like nature. Even 20-pound Maine Coons can act like young kittens!

Maine Coons are quite playful and don’t grow out of this trait. However, that doesn’t mean that they’re hyperactive, unlike Abyssinian, cats for example, or that they’re destructive. They are a notably intelligent breed and are easy to train.

Maine Coons can be taught how to respond to their names, how to play fetch, and how to perform other tricks. Furthermore, their hunting strategies are unsurpassed and no rodent will escape on their watch. Fortunately for Maine Coon owners, these cats don’t tend to climb and explore, so it’s quite unlikely for them to ruin your house or apartment.

Maine Coons aren’t as high maintenance as other long-haired cat breeds – Persians for example. These kitties can be groomed twice per week and that will be enough to prevent their fur from getting tangled.

Of course, shedding is a common problem, but that shouldn’t give you a reason to stay away from this breed. Coons have shiny and slick fur, and its silky texture doesn’t mat that easily. Stainless steel or silicone cat brushes are great tools when it comes to deshedding these creatures.

This breed is sociable, tolerant, and patient by nature, so grooming these furballs is far from an impossible task.

The origins of the Maine Coon cats remain a mystery. According to a popular myth, these creatures are the result of a feral cat and raccoon breeding. Of course, that is genetically impossible.

Another myth claims that the breed is a result of mating between a bobcat and a domestic cat.

Some people believe that there is a biological connection between the Maine Coon and the Norwegian Forest cat.

Nowadays it’s believed that they are native to North America. However, their true origin is a mystery and nobody knows for sure when and how they came to the US. 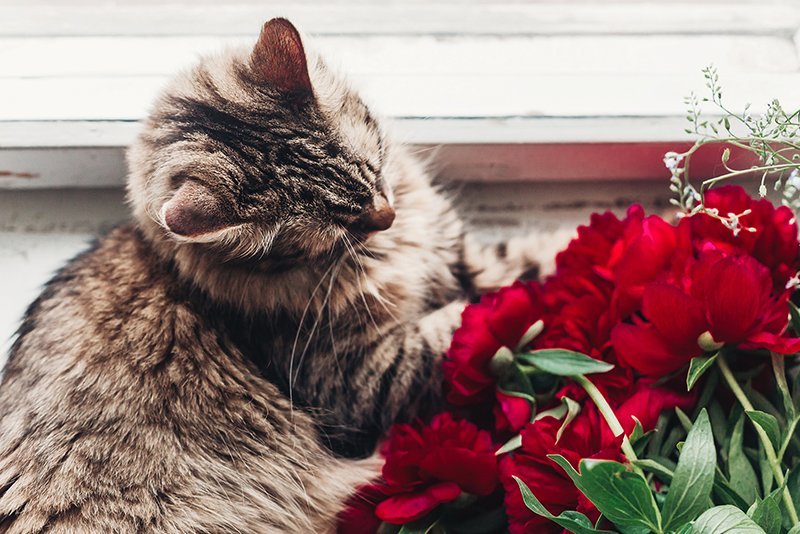 These felines are suitable for families with young children.

Coons aren’t shy, even though they also aren’t curious or hyperactive. Their playful and amiable nature makes them a suitable choice for a family pet. Moreover, their intelligence guarantees entertaining training sessions and playtime for the kids. On top of that, these kitties remain enviably tolerant even in the presence of youngsters.

These guys are notoriously dog-friendly. They’ll tolerate canines of all ages.

These furballs are laidback, but they love attention, so they’re ready to become friends with whoever is treating them nicely.

Of course, not all dog breeds will make a convenient pet when you already have a cat. Make sure you’re introducing your cat to dogs slowly and safely to ensure the pets will get along.

Yes, that’s right – Coons have water-resistant fur! No cat fur is truly waterproof, but this particular breed has some advantages compared to other domestic breeds. Their dense coat means they are well-dressed for winter and won’t have a problem taking a quick stroll in the snow. And if you happen to own a Maine Coon that’s not afraid of water, it will be a great swimmer.

Wait, what? Don’t cats hate water? It might sound shocking, but some cats actually enjoy water and swimming. The Turkish Van breed is a famous swimmer breed. Actually, most cats are good swimmers by default.

Nevertheless, the fact that these big guys have water-repellent fur doesn’t mean that your kitty will jump into the pool. It just means that it won’t shy away from water and moisture the way most breeds would.

They Nearly Disappeared In The 1950s

These felines were a quite popular breed before Persian cats managed to outshine them. As such, Coons became less and less popular up until they were so rare in the 1950s that they almost disappeared. Fortunately, shortly after the Maine Coon Breeders and Fanciers Association was founded in 1968 the breed rose to prominence again. That eventually led to the breed being accepted by the CFA for championship status in 1976.

How much do Maine Coon cats and kittens cost? Price analysis and buying guide.

“The gentle giant” doesn’t come with a price tag that’s gentle on your wallet. Maine Coons are not only among the most suitable cats for apartment living, but they’re also among the most expensive ones.

To give you an idea, here are a few pointers to keep in mind if you’re wondering exactly how much do Maine Coon cats cost:

Due to their signature looks, tolerant nature, friendly behavior, notable intelligence, and dog-friendly (kid-friendly too) ways, it comes only natural that these gigantic kitties aren’t cheap. If you’re looking for a buying guide on how to cheat the system, you’ll be disappointed.

Let’s sum it up. How much do Maine Coon cats cost? A lot! Because you need to pay for cat furniture, grooming supplies, food, litter, toys, health care, vet fees… the list goes on and on. If you have a spare $1k for a Maine Coon kitty think about the other costs as well. Buying a cat just because it looks cool and neglecting all other details is one of the worst decisions a pet parent can ever make!

Just like most cat breeds out there, Maine Coons are prone to suffering from many health problems. Many of these health-related issues are genetically inherited and specific for the Maine Coon breed.

Hip dysplasia is common and may lead to lameness. Another inherited health problem is a type of heart disease, known as hypertrophic cardiomyopathy. Polycystic kidney disease, renal failure, and spinal muscular atrophy are also common for these felines.

Thanks to the constantly progressing present-day medicine you can easily get a DNA test for your cat to determine if it’s carrying the genes responsible for such inherited health problems.

Maintaining the health and happiness of your Maine Coon kitty should always come as your priority. This notoriously large cat has unique dietary needs and requires high-quality cat foods.

To make sure your kitty is growing healthy and thriving, don’t ever opt for cheaper products. Don’t miss a scheduled appointment with your vet and don’t forget to regularly groom your pet.