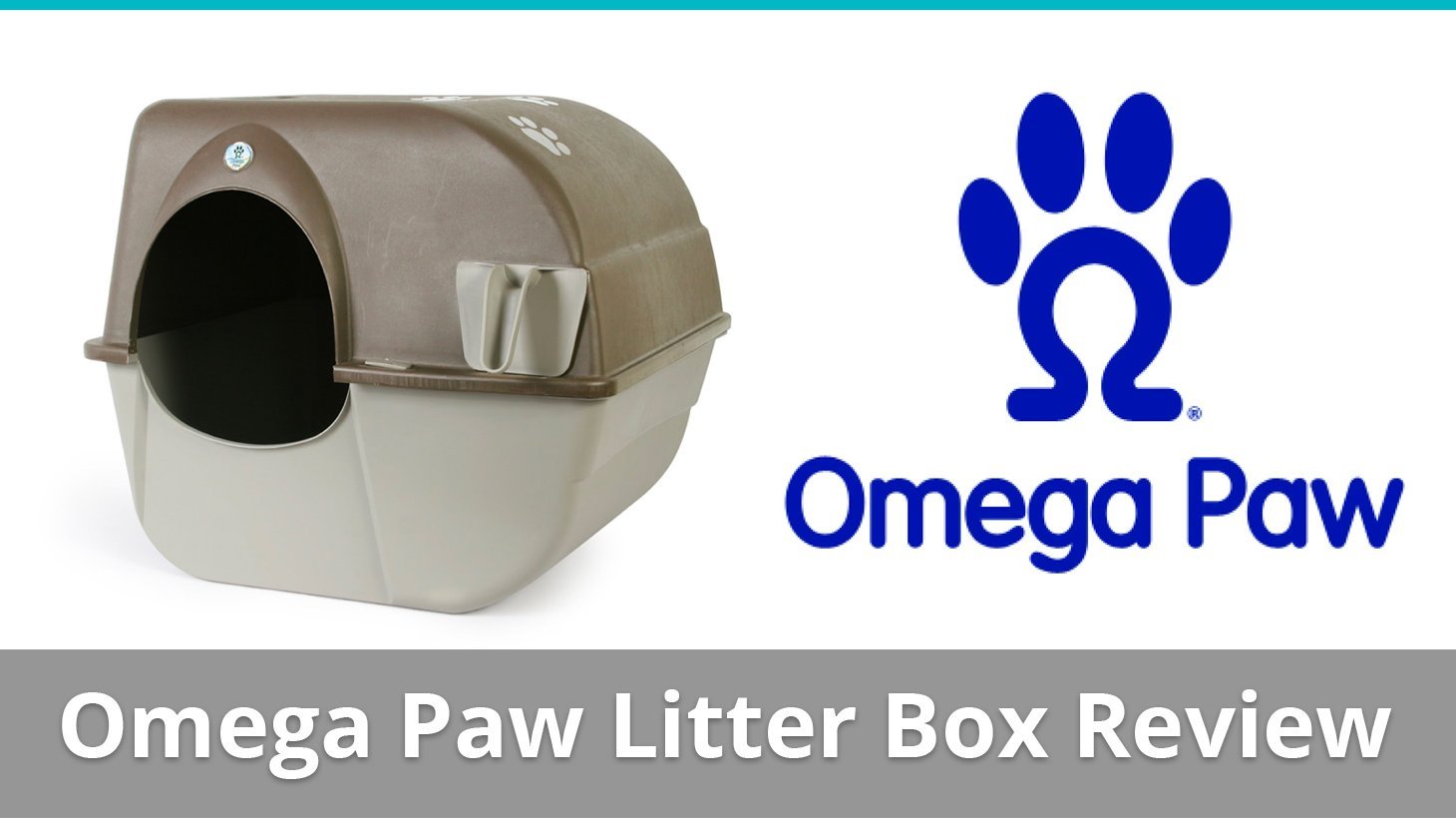 Cats are a joy to be around, especially when they’re in the mood for snuggling in front of the TV. But as it is with everything else in life, feline furballs can sometimes turn from awesome to troublesome.

One of the many difficulties of taking care of a feline pet is taking care of its biological needs – or rather cleaning up after those needs have been fulfilled. As you probably guessed, we’re talking about cat litter and the inevitable cleaning process.

Whether your fluffy pal has decided to pee outside the box or scatter some bits and pieces all over the place, it’s still messy. Litter mats are great for keeping things neater, but they still don’t spare you from having to scoop, clean, and refill the kitty litter daily. Moreover, litter mats also can’t get rid of the odor coming from your kitty’s waste.

Today, however, we’ll talk about one particular self-cleaning litter box, which isn’t included in that list. It’s not so cutting-edge, and it definitely isn’t ground-breaking. It has been around for quite a while, and one of its most advantageous features is its affordable price compared to other “self-cleaners.”

What Is The Omega Paw Self-Cleaning Litter Box? 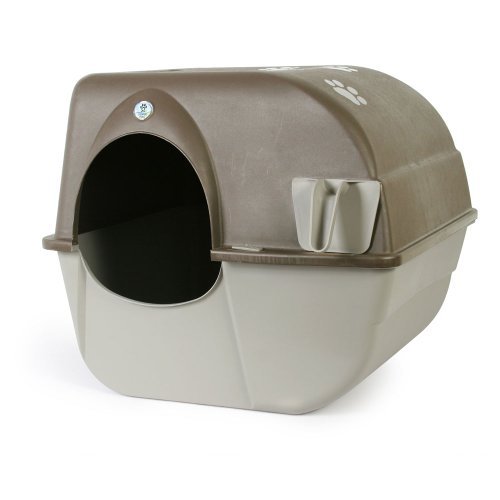 Omega Paw’s Roll’ N Clean is a litter box, which works on a roll-and-sift base. Instead of manually scooping the clumps of urine and feces, Omega Paw’s product does it for you. In other words, it cleans itself so you won’t have to deal with the messy stuff.

Truth be told, this particular method not only spares you from digging out the waste, but it also saves you money because you don’t have to throw away clean litter along with the scoops.

It’s important to note that the Omega Paw is not an automatic self-cleaning unit.

The Roll’ N Clean may not be fully automated, but it’s still neater than the standard litter box. On top of that, it’s actually quite affordable even for pet parents who can’t afford to invest a small fortune into a new self-cleaning unit.

The guys over at Omega Paw praise their product on the following main advantages:

That’s all well and good coming from the manufacturer, but of course, it’s not the whole story.

We’ll go into some details below about the good and the bad.

Apart from the aforementioned 3 benefits of the Omega Paw, here are several more, which come in handy:

Both sizes of the litter box are designed to fit cats of all breeds. The larger one is well-suited for multi-cat households. The lightweight construction makes it easier to roll the box whenever you need to sift the waste from the clean litter.

Many self-cleaning litter boxes don’t come with a privacy hood. This can be problematic for some shy furballs, but they won’t have any privacy issues with Omega Paw’s product.

The sleek design and the additional color schemes are great features, which many other self-cleaning litter boxes don’t offer. And lastly, the price tag is definitely a winning quality, especially for pet parents on a tight budget, compared to other non-standard boxes.

The latter part is quite unpleasant, especially for cats suffering from respiratory problems.

On top of that, Omega Paw praises the product for trapping and reducing odors, but it actually doesn’t reduce the unpleasant smell of cat waste much. The unit doesn’t work with any charcoal or other similar odor-reducing filters. And you can’t really place one inside it because the litter box and the waste container weren’t designed to store filters.

The litter box is self-cleaning in terms that you don’t have to manually scoop the waste. However, the sifting holes can get clogged. And you’ll still need to deep clean it to keep the enclosure as much germ-free as possible.

Last but not least, you will need some free space around the litter box for rolling purposes. If the room is small and there isn’t enough space, you won’t be able to use the self-cleaning feature at all.

For any litter box to be reliable and useful, it needs to work properly. But it also needs to be efficient in terms of meeting your requirements on design and price. We’ll quickly compare the Omega Paw self-cleaning litter box to other similar products in terms of design, price, and overall efficiency below.

The unit actually looks quite bulky and voluminous. On top of that, you need to have extra free space around it to be able to roll it. Otherwise, the roll-and-sift technique wouldn’t work, and there won’t be any point in investing in this box instead of in a standard litter box.

However, it comes with a privacy hood, which is quite neat. And it’s also useful for shy kitties. Moreover, it has a sleek design and comes with several color options, all of which are in neutral hues. That’s a big plus compared to most similar products on the market because the neutral colors are easier to match to most home décor styles.

The big sharks in the self-cleaning litter box niche usually charge up to and over $100. However, you can get the Omega Paw Roll’ N Clean unit for much less. Also, note that many similar products don’t come with privacy hoods, and they actually aren’t designed to hold hoods, so you can’t just buy an additional enclosure and expect it to fit.

The unit isn’t fully automated as you still have to do some manual work. But the real automatic self-cleaning litter boxes will cost you $100 – $300, especially if you’re looking for a good one. So, in terms of sparing you from scooping or blowing money on an automatic machine, Omega Paw’s product might fit right in the middle.

However, it’s honestly more work to roll the thing over, remove the little wastebasket thing, dump that into the garbage…than it is to simply scoop out the poop and pee. Both methods have you bending over and putting stuff in the garbage after. I’m not sure why you’d want to be rolling a litter box that might leak litter and not even work all that well.

It’s also not efficient for extremely large cats (around 18lbs and more) who are suffering from intestinal issues. Huge furballs will have a bit of a problem if they need to turn around several times before they finally pick the ideal spot to do their business.

Now that you’ve read all about the pros and cons of the product, it’s time to ask the final question. Should you invest in it or not?

Truth be told, the litter box isn’t all that useful. It’s innovative, sure, but what problem does it actually solve if you still have to bend down and roll an entire bloody litter box?

While it looks OK, it’s actually bulky and needs additional free space for rolling and cleaning.

It doesn’t have any anti-microbial or odor-trapping filters, and it has no room for such filters. The waste container isn’t anti-microbial, and you can’t put a waste bag in it for the litter clumps.

On the other hand, it’s quite affordable, suitable for big and small cats alike, and offers privacy for shy kitties. It also prevents the cat from spilling any waste around it due to the hooded enclosure. And it also saves you money on refills and spares you from manual scooping.

Basically, there’s no reason you should buy this when you could just buy a real automatic box or a regular old, covered box.

>> Check out what units we recommend in our review of the best automatic boxes here. <<