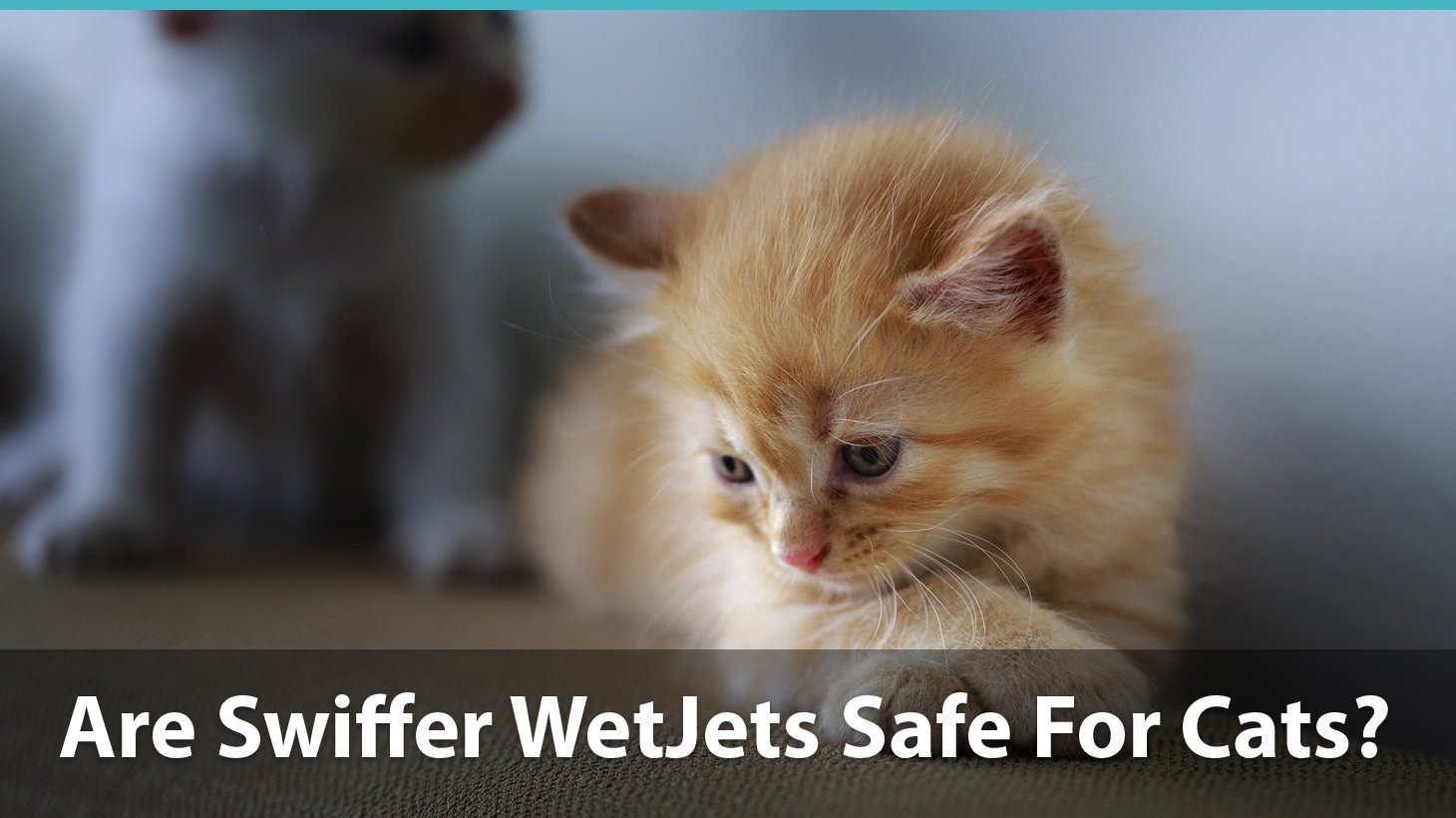 As a pet parent I try my best to keep all detergents, alcohol, cleaning agents and other household items that could pose danger to my pets’ life out of their reach at all times.

Unfortunately, cats are known for their undying curiosity, as well as for choosing puzzling hiding spots. As such, no preventative measures can ever be too excessive when it comes to feline furballs and their safety.

Some cleaning suppliers claim their products are completely safe for children and pets. Nevertheless, if you take a look at their labels carefully, you’ll see that the chemicals used in those detergents can actually harm your otherwise healthy pet – sometimes even to a lethal extent.

One particular brand gained widespread popularity over the controversial claims that it markets its products as safe for cats, dogs and other pets while selling the exact opposite. That brand is Swiffer and the products in question are Swiffer’s WetJets. Today I’m focusing on the Swiffer WetJets controversy in further detail.

You might have heard about them. Or maybe you’re just wondering about the real truth, why people are saying Swiffer WetJets are toxic and whether they’re actually safe for cats. I’ll tell you the entire story.

To put it simply, WetJet is a floor cleaner sold under the Swiffer brand.

It’s a semi-automatic mop that works on different types of flooring, like tiles, laminate, wood and so on. Unlike standard non-automatic mops, WetJets come with built-in spray nozzles that spray the WetJet cleaning solution in front of the mop so that you don’t have to go over a dry surface with the mop’s pad, thus making the cleaning process more time efficient. And compared to other similar mops the Swiffer WetJets are affordable. These are the two main reasons why many people opt for them. But that’s not what sparked the controversy.

Swiffer started advertising their WetJets as suitable not only for all types of flooring, but also for cleaning up pet messes, like urine stains or dirty paw prints.

Due to the fact that the brand explicitly stated their products are completely safe for pets, the Internet went crazy over the controversy that surrounded the pet-safe statement. So, what really happened and what sparked all these debates on whether Swiffer WetJets are safe or toxic for cats?

What started the rumors that Swiffer WetJets are toxic to cats and dogs?

About a decade ago an e-mail based rumor about Swiffer WetJet’s toxicity to pets started circling the web and since then the rumors have gained popularity, claiming that the WetJet solution is causing fatal harm to cats and dogs alike.

The person who started the rumor had a dog that passed away from liver failure. The pet parent thought a chemical in WetJet’s cleaning solution had caused the unfortunate condition.

After a while the rumors spread all over the Internet and even nowadays people are still asking if WetJets are safe for their pets. The fact that Swiffer is marketing the mops as pet-safe and capable of cleaning up pet messes probably makes things even more controversial.

Is it true that Swiffer WetJets cause liver failure and other toxic reactions?

According to numerous reports, the brand’s cleaning detergent doesn’t cause such fatal health conditions or any toxicity in pets.

The rumors became so popular that the ASPCA had veterinary toxicologists inspect the product in question. You can read their own article on the subject published on their official website if you want to see for yourself.

Why would people think Swiffer WetJets can be toxic to cats and other pets?

The initial rumor that claimed the detergent caused liver failure labeled the supposedly faulty chemical in the formula as being “one molecule away from antifreeze”.

If you didn’t know this, antifreeze is lethal for cats and other animals.

What makes it fatal is the ethylene glycol compound in it. It also triggers a toxic reaction in human beings. With cats, of course, the lethal dosage is significantly smaller than the lethal dose for dogs or humans.

Due to the fact that many people mistake ethylene glycol and propylene glycol, the rumors about toxicity spread like wildfire. But the two chemicals aren’t similar in terms of toxicity. Propylene glycol n-propyl or propylene glycol n-butyl doesn’t cause liver failure or toxic poisoning. The American Society for the Prevention of Cruelty to Animals proved exactly that. If you can’t trust random people defending WetJets, you can definitely trust the ASPCA.

Are Swiffer WetJets safe for cats?

So, here comes the ultimate question – are Swiffer’s WetJet products safe for cats, dogs and other pets?

Yes, Swiffer WetJets are safe for cats. Their chemicals don’t cause toxicity.

However, a toxic reaction isn’t the only thing that could go wrong when it comes to pet-safe detergents. Your kitty may develop a sudden allergic reaction to any chemical. Some cats are allergic to particular foods, including to chicken, which is found in numerous high quality cat foods.

On top of that, any chemical can cause skin irritation. If your pet happens to walk on a damp spot after you’ve sprayed the floor with the WetJet solution, the chemicals in it could trigger this type of unpleasant reaction.

And lastly, it could also cause indigestion if your kitty accidentally happens to lick some of the solution.

To be honest, the same goes for every single detergent on the planet, be it pet-safe or not. Just because a company is marketing their products as pet-safe it doesn’t mean accidents aren’t prone to happen. And on the other hand, just because a bunch of people are booing a certain product for its alleged toxicity, it doesn’t mean it’s causing said toxicity.

What’s my point? Swiffer WetJets aren’t toxic to cats. But you must still use them cautiously around your beloved feline pal. That’s the proper way to treat any other detergent or chemical you have in your home.