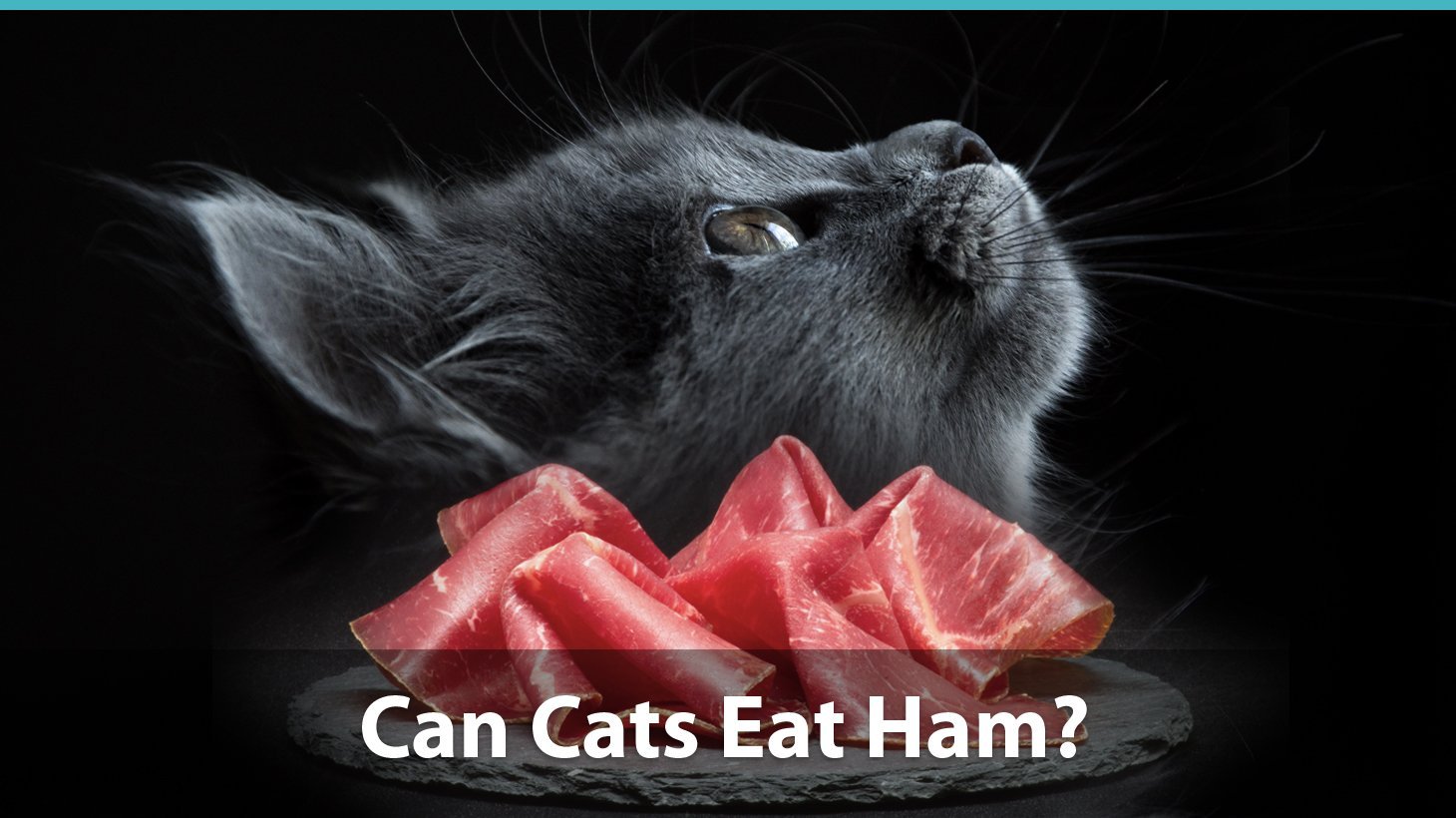 Unlike people, cats can’t meet their nutritional requirements just from fruits, vegetables, and legumes. As obligate carnivores, they thrive mainly on nutrients found in meat.

That’s why choosing high-quality cat food is essential to ensure your cat receives the proper nutrition.

But, if you’re anything like me, you love spoiling your feline pal with human food once in a while. And one of the most appealing treats to cats, apart from tuna and salmon, is deli meat such as ham.

But is ham safe for cats to eat?

Catological is NOT a Veterinary site. Each cat is unique. When it comes to your cat’s care, always consult with your veterinarian and heed their advice.

Yes. Fortunately, ham itself isn’t toxic to cats, and you can treat your kitty to a piece now and then. But there are things you should know before you feed ham to your cat.

Is ham good for cats?

Kitties of all breeds and ages can eat ham as a treat once in a while. The sodium levels in processed ham won’t pose a threat to your precious furball if they are healthy and if they aren’t eating ham often.

Ham is quite high in iron and protein, two important nutrients for your furry friend.

Ham has lots of vitamins and minerals, including important ones for your kitty’s health like the following:

Use ham to mask the flavor of your cat’s prescriptions medications.

As you can see, there are some advantages to giving ham to your cat. Just remember… moderation.

What kind of ham can you give your cat?

Cooked ham is safer than raw meat in terms of the lack of lethal bacteria like salmonella. Opting to buy raw ham that you cook yourself is also safe because you have complete control over what type of seasoning goes into the meat.

Another safe choice is getting lean deli cuts instead of whole meat cuts because they’re slightly lower in sodium and significantly lower in fat.

If your pet is healthy and gets enough moisture from canned foods and freshwater supplies, you can safely treat them to a slice of ham. Just make sure the ham doesn’t have any glazing or toxic herbs before giving it to your cat.

When is ham not safe for cats to eat?

Ham is processed with a bunch of various chemicals. For cats, the most dangerous is the salt content, which is also added for preserving and seasoning.

You may be used to the way processed ham tastes, but the sodium levels in deli cuts, as well as in whole cuts, are far too high for cats if eaten regularly. Too much can lead to kidney problems and high blood pressure. That’s why they shouldn’t eat it as part of their regular diet or snack on it too often.

Moreover, store-bought non-raw ham comes with a bunch of seasoning, including garlic and onion. Eating this can cause your cat to have an upset stomach, diarrhea, vomiting, or worse.

According to Dr. Burch, “Cats who ingest too much garlic or onion can develop toxicity in which their red blood cells are damaged. Damage to the red blood cells results in lack of oxygen in the bloodstream, which can be fatal.”

What about raw ham?

Raw ham isn’t safe to feed your cat.  Per Dr. Burch, feeding your pet with a raw diet can cause potential unwanted effects, including malnutrition and foodborne illness to your cat and household members. Foodborne diseases found in raw pork include Salmonella, Listeria, E. coli, and Toxoplasmosis.

Can you feed your cat ham bones?

Avoid feeding bones to cats. Splintered bones can cause damage to the esophagus, stomach, or intestines.

How much ham can you feed your cat?

Ham should be given to cats only in small amounts and not on a regular basis, regardless of its shape, size or brand.

Only give ham as an occasional treat in your cat’s diet and do not let it exceed over 10% of their total caloric needs for a day.

So how much is that? As a guide, a slice of thin deli ham typically has 30-40 calories. That single slice is more than 20% of a typical cat’s daily caloric needs! So portion appropriately.

If you choose to feed your cat ham, choose leaner deli cuts that are lower in fat than whole cuts. And even then, you shouldn’t neglect the labels.