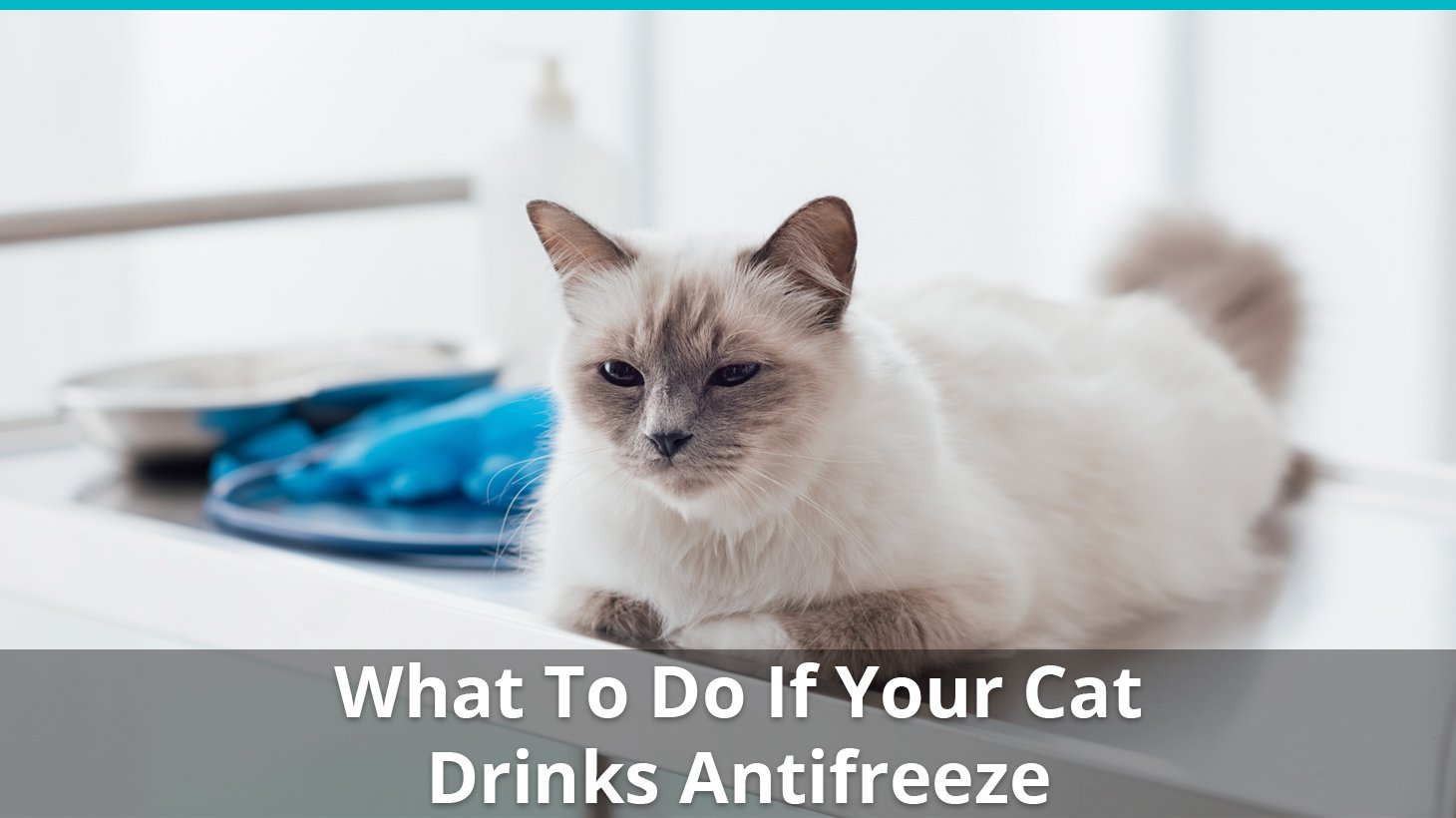 If your cat already drank antifreeze, call a vet immediately.

Your vet may encourage you to induce vomiting if the ingestion happened within the last 2 hours, but please contact them first to be 100% certain.

They are often attracted to various scents, including the aroma which catnip produces. However, not all scented substances are as harmless as catnip. For example, one harmful substance which cats of all breeds and ages find appealing is antifreeze.

If you own a car, then you’re probably keeping some antifreeze in your house or garage. And even if you’re keeping your feline pet strictly indoors, there’s still a chance that your cat might get near the antifreeze and try to drink it.

Cats come into contact with it usually straight from the source – the bottle in which you’re keeping it. If you haven’t capped the container properly or have spilled some of it on the ground when refilling your car, the cat will immediately sense it.

Why Are Cats Attracted To Antifreeze?

As felines have highly developed senses, they can easily smell the strong scent coming from the antifreeze, especially from its main ingredient, ethylene glycol.

The flavor of the liquid is also highly appealing to cats. If they have the opportunity to lick or drink it, they will.

Unfortunately, if your cat drinks antifreeze, dehydration will be the least of your problems.

Even as little as a teaspoonful of antifreeze can harm your cat in fatal ways. In such cases, you must take your feline furball to the vet immediately as there are no homemade remedies that can help you save your pet’s life. As noted above, the only hope may be to induce vomiting, but talk to your vet first.

What Happens When My Cat Drinks Antifreeze? Symptoms And Effects

The amounts of ethylene glycol found in antifreeze are toxic to humans, dogs, and cats alike. The cat’s body rapidly absorbs it shortly after digestion. The toxicity affects various parts of the kitty’s body, including its kidneys, brain, and liver.

Shortly after your cat has lapped up antifreeze, it will start experiencing the following symptoms:

These symptoms are caused by ethylene glycol poisoning. Your kitty might not vomit or start urinating excessively, depending on the amount of antifreeze it has digested and how long ago it has digested it. Further symptoms triggered within the upcoming 24 hours may include:

What Can You Do If Your Cat Has Drunk Antifreeze?

The only thing you can do and should do immediately is to call your vet and then take your cat there as soon as possible.

The veterinarian will do a full blood test on your cat and might even opt for an X-ray to determine if the kitty’s organs have swollen.

Your vet can save your kitty’s life before it’s too late. If your feline furball has vomited or had diarrhea, it’s best to take a sample to your vet for further exams.

If the toxicity is severe, your pet will need to be hospitalized. The medical treatments will aim at preventing the toxicity from spreading further and damaging the cat’s organs. There are cases in which a cat might need to spend a few weeks away to be fully treated for the ethylene glycol poisoning.

The best way to prevent antifreeze poisoning is by making sure there are no leaks from your car nor antifreeze containers.