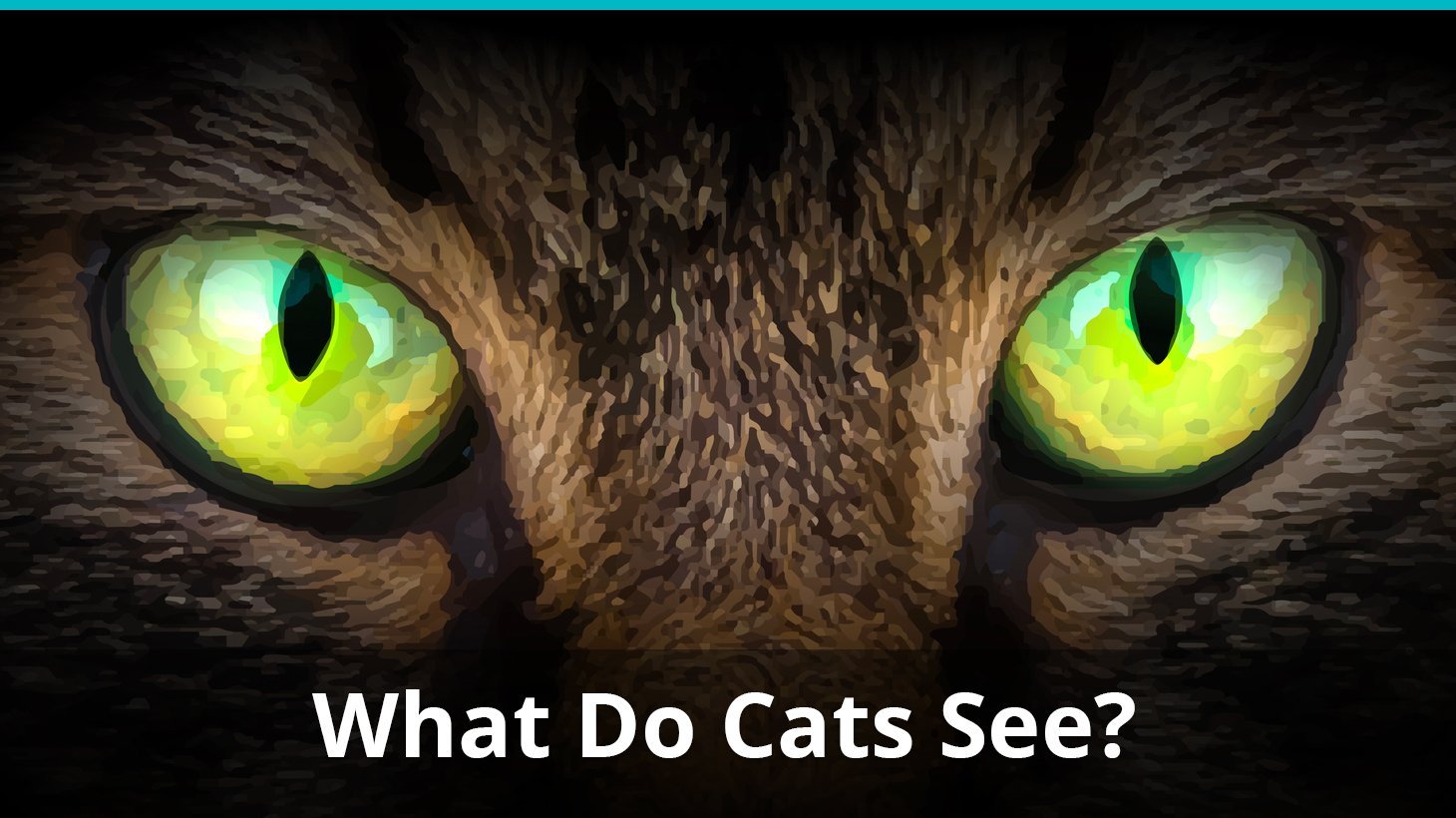 If you’re one of those feline furball owners who believe that cats are superior beings, then you’re absolutely right, at least when it comes to a cat’s senses.

Felines are complex (not complicated) creatures that have been blessed with admirably heightened senses. In fact, they are some of nature’s best hunters!

What Do Cats See?

People have an approximate field of view of around 180 degrees. Cats, on the other hand, have a full 200-degree range of vision.

Furthermore, cats see everything around them in a different depth of dimension than we do. A feline’s eyes are always facing forward, which allows for stronger depth perception than the human eye.

Cat eyes are extremely sensitive compared to a human’s eyes. However, unlike people, kitties don’t need to blink to lubricate their sensitive eyes with tears.

How Can Cats See In The Dark?

Not only that, but they are also among the many living creatures which have tapetum lucidum.

Tapetum lucidum is a special extra layer behind the kitty’s retina. This layer reflects the light passing through the retina back towards the eye. As a result, it increases the light levels in the rod cells.

This special extra layer is also the reason why your cat’s eyes appear to be glowing in the dark. What you’re seeing isn’t a glow, but an extra reflection of the already available light.

Apart from cats, a large variety of animals, such as dogs, birds, rodents, raccoons, and deep-sea creatures also have this extra layer.

Can Cats See Colors Or Only In Black And White?

It’s a popular but inaccurate theory that cats are completely color blind and can see the world around them only in black, white, and gray hues.

The human eye has three types of cones for the three basic colors – red, green, and blue. Felines also have cone cells and can distinguish one color from another.

However, your cat’s eye doesn’t perceive colors like our human eye.

Kitties have a shorter color specter than us and find it difficult to differentiate hue variations. Nevertheless, they can easily tell the differences between two extremes like red and green.

What Are The Easiest Colors For Cats To See?

The easiest colors for cats to see – that is to say, the colors they see best and most accurately – are blues and violets.

Of course, your cat won’t care about the color of your shirt or the color of its favorite toy. Color perception isn’t as important to your precious pet as it is to you.

Your cat’s degrees of vision range and depth, not the partially color-blind scenery in its surroundings, is what makes a cat’s eyesight so keen.

Why Is A Cat’s Pupil Slit-Like?

Due to being more sensitive to bright light, a feline’s eyes have vertical slit-like pupils. This feature gives a cat better control of the amount of light passing through the retina.

The vertical pupil allows the kitty to reduce or increase the light levels perceived by the eye. This awesome ability comes in handy during nighttime hunts.

Also, your kitty’s slit-like pupils allow it not only to see without the aid of a pair of night-vision goggles but also to control the flow of light during the daytime so that bright lights won’t blind it.

One final tidbit. Not all members of the cat family have slit-like pupils. Big cats such as lions and tigers have round ones like humans.