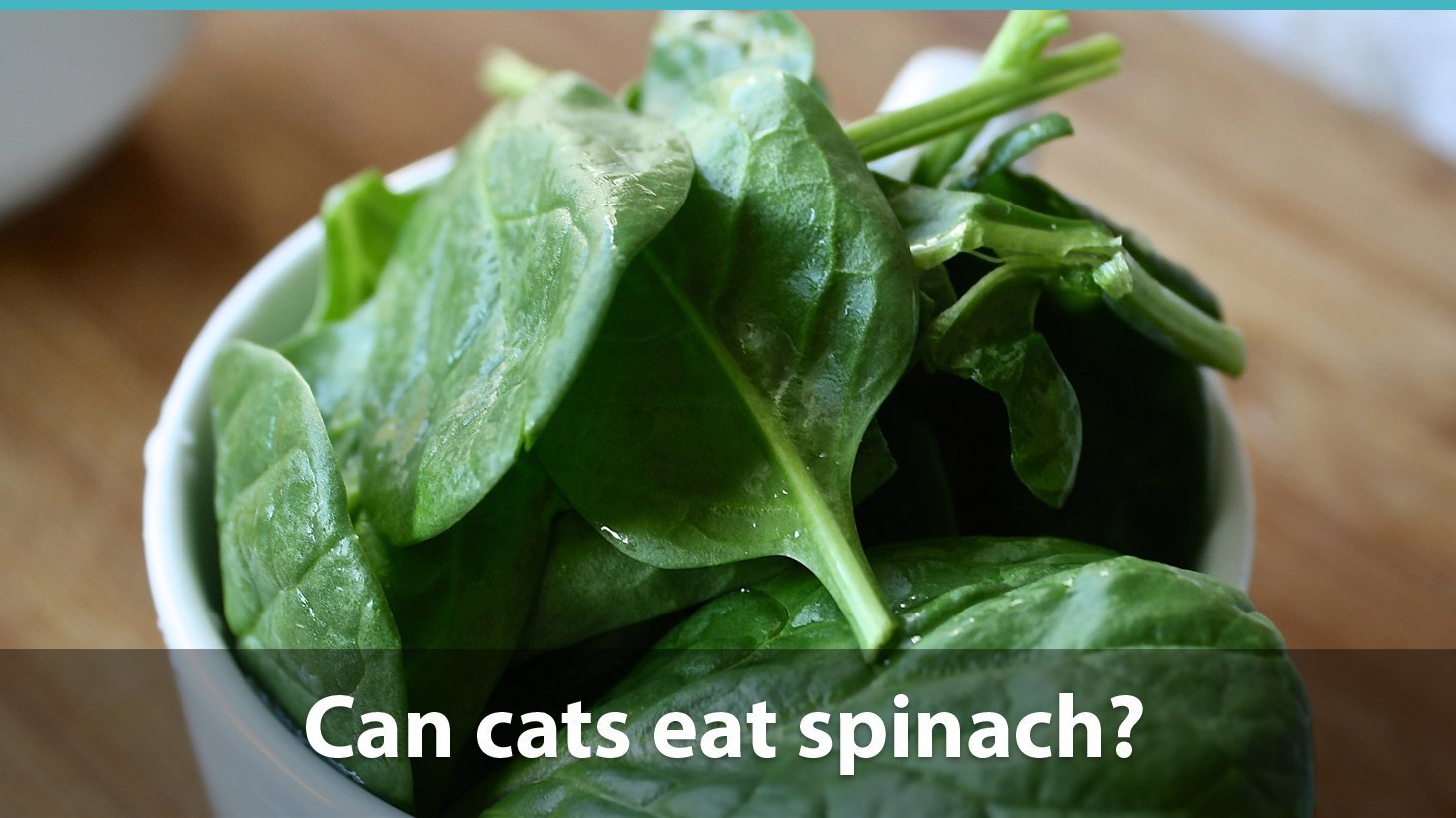 When people think of healthy foods that promote weight management they often think of leafy greens. And one of the most popular leafy greens all over the world is spinach.

In fact, it’s so popular, that you can even see it in the recipes of numerous high quality cat food manufacturers.

But cats are carnivores. This means they shouldn’t eat such things when they need to thrive mainly on meat, right? Well, spinach is actually one of those things that can provide essential nutrients for your pet, even though they aren’t substantial enough to replace the meat. And while we’re on the subject of such foods, you might want to take a look at some of the human superfoods cats can safely eat.

But let’s get back to spinach. Is spinach safe for cats to eat? Or can it harm them? Unfortunately, the answer is a bit more complicated than a straightforward yes or no.

Is spinach good for cats?

Yes, in a number of ways spinach can be beneficial to feline furballs. That’s why many cat food manufacturers use tiny amounts of spinach in their formulas. Here are just some of the main advantages spinach has for cats.

As you can see feeding your cat with spinach has quite a few advantages. Unfortunately, they don’t make it a miraculous supplement suitable for every kitty out there.

Can spinach be bad for cats?

In some cases spinach can indeed be bad for cats. While it’s not toxic for feline furballs, it can worsen some pre-existing health problems.

You shouldn’t give spinach to cats that are suffering from urinary problems. This leafy green contains calcium olaxate. It can make your pet develop harmful crystals in its urinary tract that could lead to further complications.

However, if the kitty is overall healthy and doesn’t have any problems with its urinary tract, the small amounts of calcium olaxate in spinach won’t harm it.

So is spinach safe for cats or is it bad for them?

Now that we’ve went over the pros and cons of spinach you can see why I warned you about the lack of a simple yes or no answer. But here are some simple pointers that sum everything up:

If you cat currently has or has ever had any urinary tract infections and kidney problems, don’t give it spinach.

The small amounts of calcium olaxate aren’t sufficient enough to cause damage to an overall healthy adult cat. However, they can harm a furball that’s either recovering or fully recovered from such health complications.

Don’t think spinach is substantial for an everyday diet, regardless of the amount.

When fed in moderate quantities, spinach can bring some nutritional boost to your fluffy pal’s organism. Unfortunately, upping the dosage won’t make this veggie more nutritious. It can’t substitute meat or fish as a primary food. What’s more, too much of it can cause indigestion.

Raw spinach leaves will be just as safe for a cat as their cooked variation would be. However, if you’re trying to add some cooked spinach to your pet’s food, do not use any seasonings, sauces or toppings, because they might trigger a toxic reaction.

Keeping these facts and tips in mind, spinach can be safe for your cat – and also beneficial. Just don’t expect it to work miracles if your kitty needs a serious nutritional boost. It’s just a veggie after all. You can’t and shouldn’t try to treat it like a supplement, a laxative or worse – a substitute for meat.