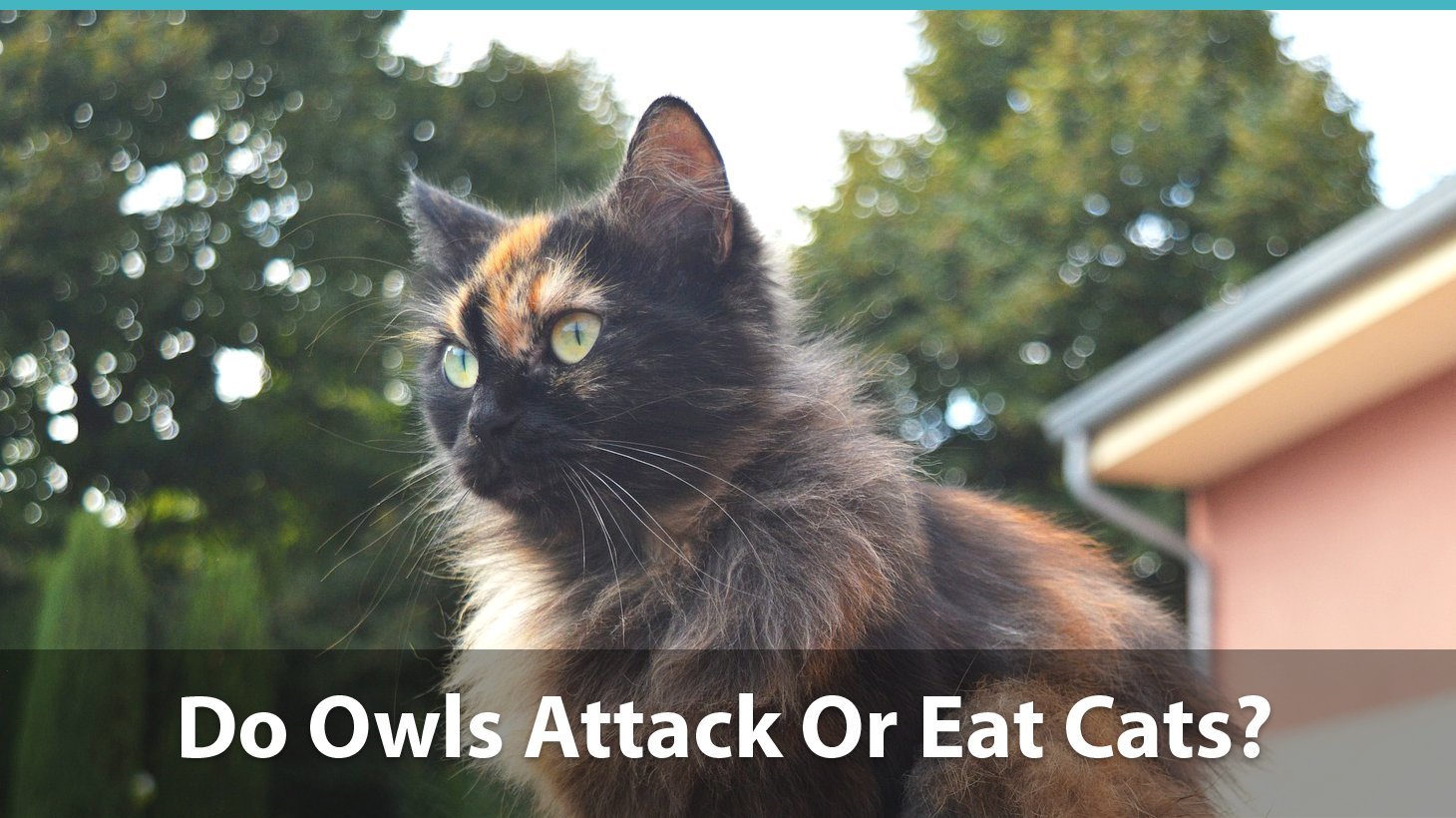 Cats, owls, and tons of other nocturnal creatures go hand in hand when it comes to lurking and stalking. Hey, you’ve probably even seen some hilarious clips on the Internet which show cats and owls interacting with each other.

But do owls and cats get along in the real world? In other words – should you be worried that an owl will attack and eat your cat?

Truth be told, the outdoors pose all sorts of dangers for a kitten, adult, or senior cat. Whether that danger comes from traffic or another predator, allowing your cat to roam your yard without supervision isn’t safe.

If you happen to be residing in an area with exuberant wildlife, that puts your cat’s life in greater danger. 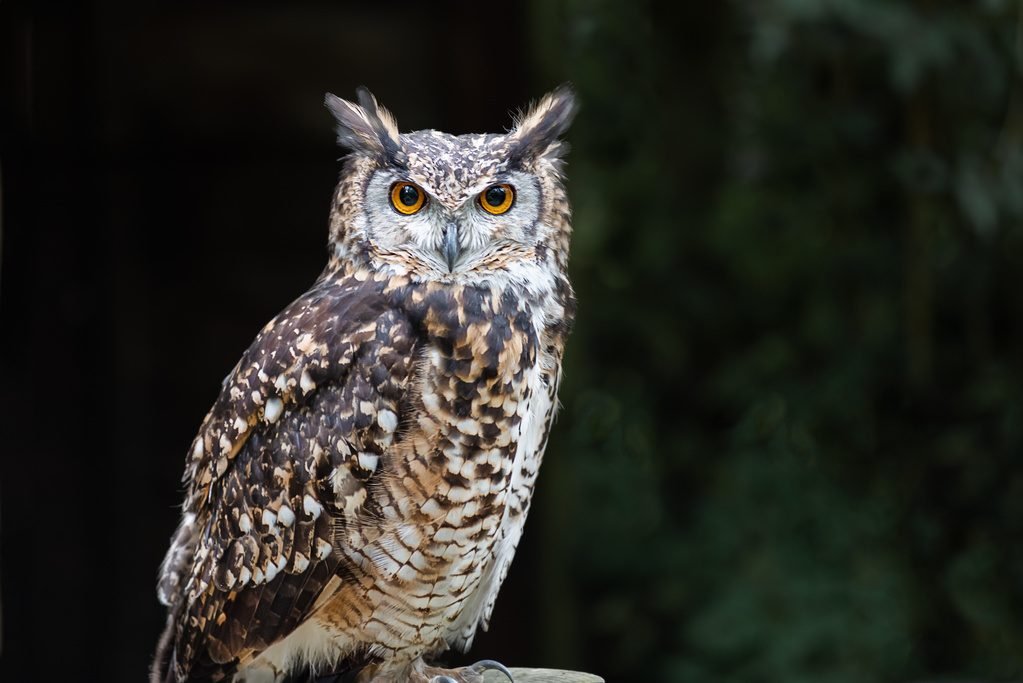 Owls are an especially widespread nocturnal species. Due to their abundance all over the world and the fact that they are predatory animals, they indeed fall into the category of danger.

Yes. During the nighttime, owls become highly active in hunting for possible prey. If these feathery creatures see a small animal, such as a cat or a puppy, they will indeed attack.

Oddly enough, owls are similar to cats – they stalk and rely on the surprise factor rather than attacking right away. To put it simply, cats won’t know something is stalking them from above and afar until the point of attack.

And that’s just one of the many reasons that make owls dangerous. Their speed, flying abilities, excellent hunting skills, sharp beaks, and claws contribute to a deadly combination.

When do owls attack cats?

Even though these birds are nocturnal creatures, they don’t stay active throughout the night. Some owl breeds hunt at twilight, whereas others are more dangerous toward dawn. But it can also depend on how hungry the creature is and how bigger it is compared to your kitty.

Why do owls attack cats?

Regardless of all those funny videos showing a friendly play session between a cat and an owl, the owls won’t approach cats out of boredom. Owls attack cats for the following reasons:

These are the only two reasons why an owl would attack a cat. These birds won’t lurk around your pet out of curiosity. So if your own kitty’s way too curious, be sure to not allow it outdoors on its own without supervision.

Owls eat cats. It’s a crazy food chain out there, and just because your cat is almost as large as the owl, it doesn’t mean the bird won’t try to eat it.

These nocturnal creatures thrive on a meat-based diet, just like felines do. With their outstanding hunting skills and the advantage of being able to fly, they are adept at eating small pets.

As such, don’t hope the owl will steal your cat’s caught prey and fly away with it. Both animals will engage in a fight, and chances are the owl will choose the cat as its main prey.

What can you do about it? How can you keep your cat safe from owls?

Unfortunately, we can’t be around our beloved furballs 24/7, regardless of how much we wish we could. Having in mind the feline curiosity, desire to explore and hunt, and nocturnal lifestyle, even indoor cats aren’t completely safe from an owl attack.

If your area has a big population of owls, try calling the International Owl Center or the local wildlife services. They’ll provide you with more information about the birds’ breed and hunting habits.

The best thing you can do is not allow your kitty to wander outside your home.

Don’t leave any open windows around nighttime, and make the indoors as entertaining as possible for your cat. This will tone down its desire to explore the outdoor world.

If your cat has survived an owl attack, immediately call your vet. The cat might not have life-threatening scratch and bite marks, but they can still cause infections and other diseases.

And let’s not forget about the possible mental trauma of your kitty! You shouldn’t neglect owl attacks, regardless of the bird’s breed and size. As harmless as the inflicted wound may seem, seek veterinary assistance immediately.