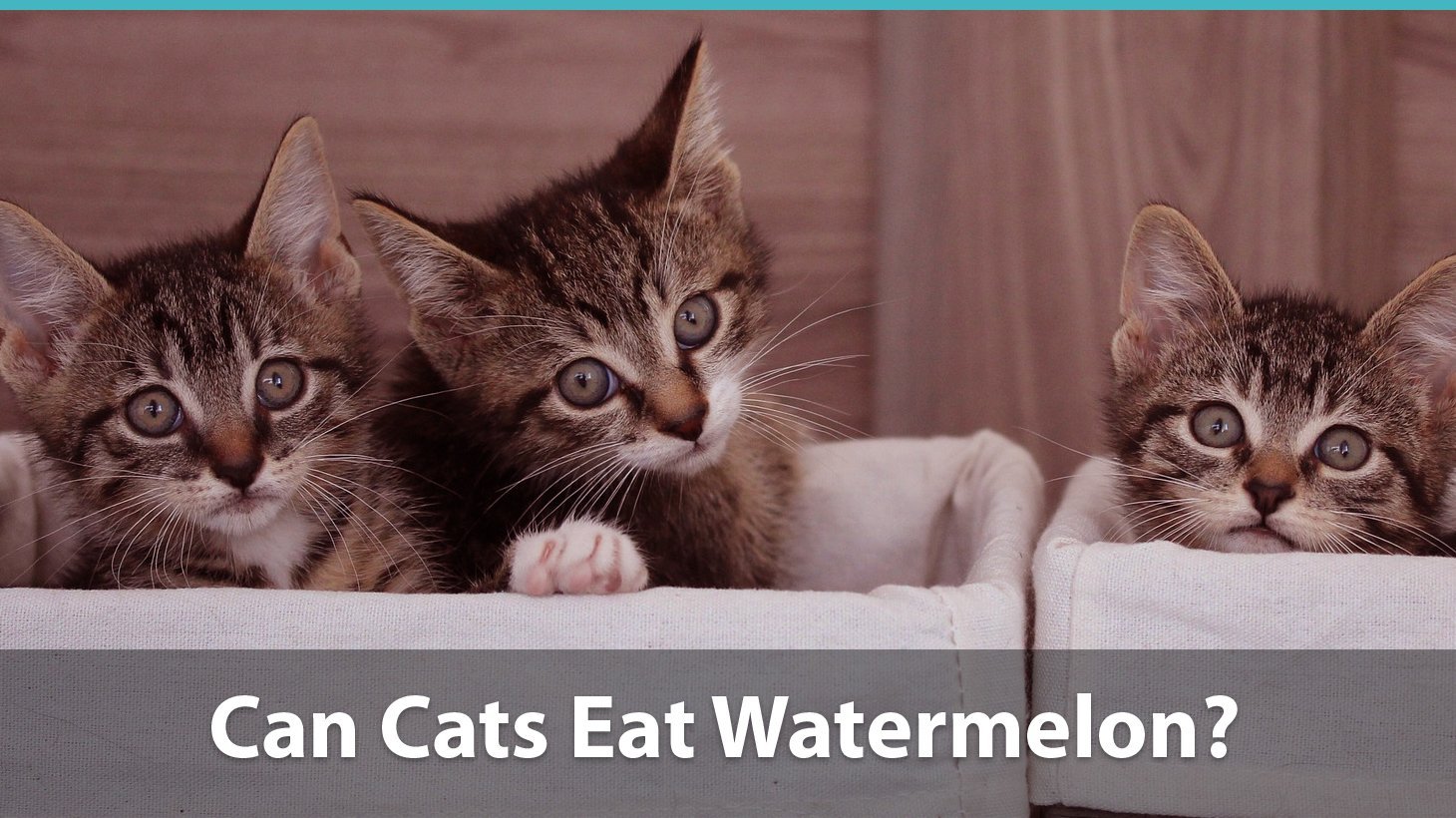 Watermelons are among the best seasonal fruits right now and they’re widespread all over the globe. So it comes only natural for your kitty to wonder if that juicy thing you’re snacking on is indeed as tasty as it looks.

Some fruits are quite toxic to cats and other animals. They can trigger poisonous reactions and other unpleasant outcomes.

So what about watermelons?

Are watermelons safe for cats to eat?

Fortunately, watermelon is not toxic to cats. You’ve probably even seen tons of videos in which cats are snacking on watermelons or cantaloupes like crazy as if they were eating tuna or their favorite type of canned cat food!

But the fact that watermelons aren’t toxic to kitties shouldn’t make you assume your cat can snack on it as safely as you can.

These awesome summer fruits offer tons of nutritious goods, even though they’re made out of more than 90% water. Here’s what they bring to the table in terms of nutrition.

All of these things are healthy and beneficial not only for us humans, but also for our beloved felines. However, watermelons are also high in one particularly unhealthy thing – sugar.

Not only can’t cats taste the sweetness in the watermelon fruit, but they also shouldn’t eat sweets in general. Diabetic cats must stay away from watermelons and other similar sugary foods. Overall healthy cats can eat some watermelon, but not as much as they want to.

If your pet is healthy, a small bite won’t harm it. However, you shouldn’t include this fruit in the kitty’s daily diet or treat the cat to it too often.

Unlike human beings and some other animals, cats don’t have a notably strong sense of dehydration. As such, their daily water intake may be below the norm, especially if they’re surviving exclusively on dry cat foods.

As their name suggests, watermelons indeed hold a lot of water. Giving your kitty a few bites is a great way to boost its water intake.

Nevertheless, you shouldn’t overdo it. It’s better to stick to fresh drinking water supplies either from pet fountains or from your pet’s designated water bowl.

We, humans, can benefit from the liquids in these fruits, but cats are better off with fresh, clean water.

Cats, like all living organisms, need antioxidants. The lycopene, water and Vitamin C in melons have substantial detoxing properties.

However, furballs will benefit significantly more from berries like cranberries and blueberries rather than from the watermelon antioxidants.

In other words, these healthy nutrients shouldn’t be a reason for you to feed your furry friend watermelon.

We all know how unpleasant chewing on watermelon seeds is. They’re hard, don’t taste good and they don’t improve digestion.

Unfortunately, the watermelon seeds can do more harm to cats than to humans. They contain moderate amounts of cyanide, which is poisonous for kitties of all breeds and ages. On top of that, the seeds could cause indigestion and problematic defecating.

The seeds can also make your pet choke. And lastly, they can even block its intestines. In other words, watermelon seeds are bad for cats.

Can you give watermelon to your cat?

Now that I’ve covered the good and the bad, as well as the controversial benefits of this summer fruit, it’s time to ask the ultimate question – can you – or more rather should you – give watermelon to your cat?

The answer is yes – you can treat your kitty to a small seed-less bite.

Your precious feline friend won’t be able to taste the sweet juiciness. And it definitely won’t know that it’s taking in additional water or healthy nutrients. However, that won’t stop it from wanting to munch on more watermelon.

Cats aren’t drawn to the sweet taste of the watermelon. It’s arguable on whether they like the smell of it.

But they are curious and once they see you eating away those tasty bites, they will want to not miss out on the wondrous thing in your mouth. Just make sure your pet doesn’t get too much watermelon and on too frequent a basis.

And whatever happens – don’t ever let your cat roam near the seeds! If she starts playing with them, she could swallow them. And that won’t be healthy or pleasant at all!