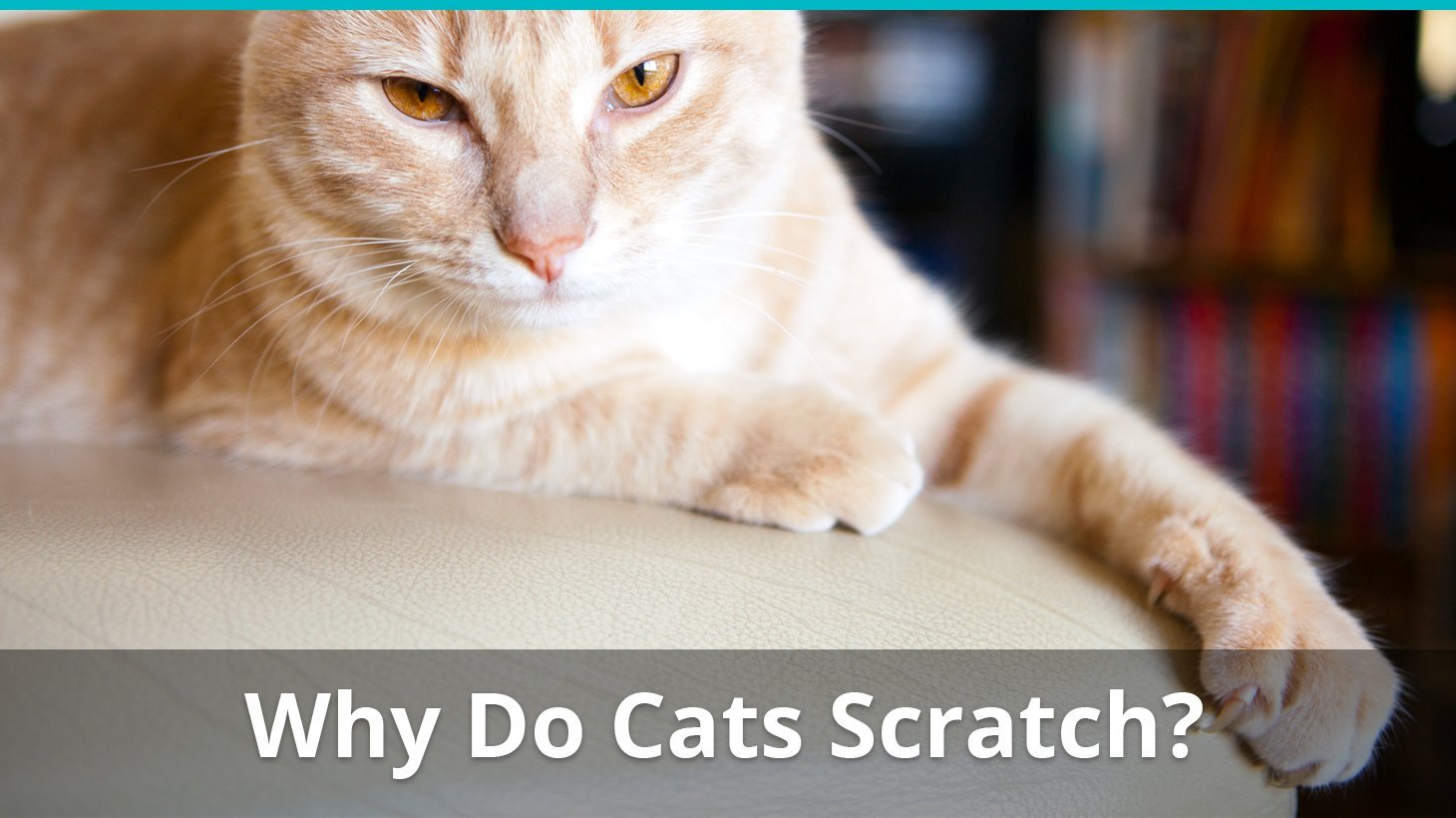 Scratch marks on the furniture, curtains, the walls, even your own skin– chances are you’ve seen them everywhere.

It doesn’t really matter how many posts and pads you buy if you don’t teach the cat to stop clawing at the surfaces that don’t belong to it!

Truth be told, scratching is an inborn instinct in all feline furballs, just like constant self-licking. Cats of all breeds and ages scratch for the following basic reasons:

It may sound a bit confusing right now, especially if you’re a new pet parent. Nevertheless, these reasons actually come naturally for every feline out there. We’ll explain everything in further detail below.

Why Do Cats Need To Scratch Stuff?

Similar to human beings, cats need regular exercise. If they don’t get it, they’ll become lazy and their sedentary lifestyles will eventually lead to obesity. That will also result in a variety of health-based problems, some of which can be fatal.

Scratching is a form of exercise for felines. They get to stretch their muscles, extend their nails and loosen up some of the stiffness derived from those lengthy hours of daily napping. Extending and retracting the claws isn’t the only physical activity that comes with clawing at your sofa. When cats scratch, they actually use a great number of muscles.

Even lazy breeds feel the inborn need to stretch and claw, sometimes as soon as they wake. If your pet isn’t getting enough physical activity from play sessions, the scratching will become more frequent and possibly more destructive.

Cats are well-known for their self-grooming ways. Even if you’re manually grooming your fluffy friend on a daily basis, it will still need to scratch something. And we’re not talking about the self-scratching commonly associated with fleas or other parasites. So what does that have to do with scratching?

By clawing, cats are actually grooming their nails. Think of it as a feline version of a manicure! Similar to dead skin cells, the outer parts of  feline claws have dead layers. Scratching helps cats shed those layers and also re-sharpens the claws.

Felines use their claws and teeth for basic survival instincts when it comes to self-defense and hunting. Your kitty’s claws are its primary tools of trade. It already knows this from a very young age, and it also knows that it needs to maintain these claws by scratching.

Cats are notoriously territorial creatures. Similarly to dogs, they scent-mark what’s theirs – and that also includes their pet parents.

Feline furballs have a plethora of scent glands on various parts of their bodies. Some of these are located between the paw pads and nail beds. Through scratching furniture pieces or humans, cats activate these scent glands and leave olfactory marks on their territory.

In other words, it’s possible for your pet to lightly claw at your skin as a way to scent-mark you as its own. That’s also a basic inborn instinct in all felines. And you can’t exactly eradicate it, even though it may not always be pleasant.

Sometimes cats don’t actually scratch, but rather knead. It’s typical for newborns and young kittens, but even their older counterparts may do it.

Kneading can be done on everything – from the pet parent’s skin to the cat’s favorite toys and even to the owner’s bedsheets. The act of kneading is derived from numerous needs – the desire to express affection, scent-mark the territory, demand attention, make the surface more comfortable for a nap, or even reminisce about kittenhood and about the way the feline mom’s tummy felt.

Don’t ever punish your pet for scratching. Instead, train it to use the designated scratchers with positive reinforcement techniques. Make the kitty associate the correct scratching spot with a pleasant and rewarding experience.

Regardless of your pet’s compulsive scratching, don’t ever opt for declawing it. That’s not an answer. Going through the surgery will only leave your pet in pain and leave it disabled for the rest of its lifetime. Regardless of how expensive those drapes or furniture upholstery sets were, they aren’t worth maiming your feline friend and leaving it mentally and physically scarred for life.