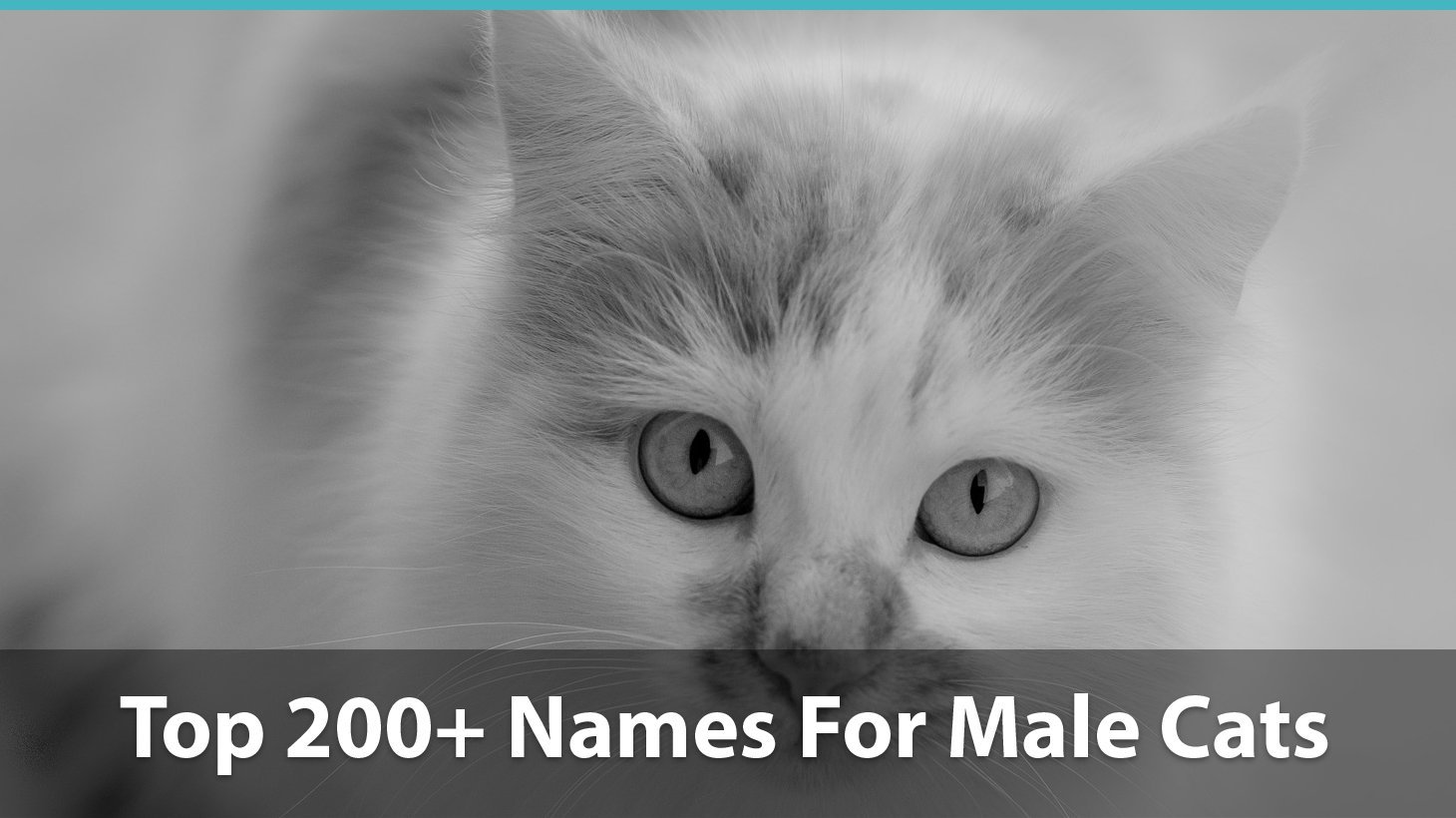 Whether you’ve adopted a new male kitty or you just want to rename your current one, picking out a cat name isn’t an easy task. And when you’ve finally settled on a name you like, you still need to make sure your cat likes it too.

Successfully teaching your cat to respond to its name is fundamental for every pet parent. The secret is to stick to something short and pack on lots of cat treats. This way your fluffy friend will easily remember the short phrase with the help of some tasty rewards.

For all of you male cat owners out there – I’ve created a list of the top 200+ names for male kitties. It features common and overused names, cute puns, funny names with no puns in them, witty names for colorful kitties and even some great examples inspired by popular culture. Plus, there’s also a section for fully customized names for boy cats!

Without further ado, here are the most overused, typical and common names for male cats. Pay close attention because Felix and Tom aren’t the only options in it.

As you can see, many great names suitable for male kitties are already overused by other pet parents. Instead of choosing from these ones, take a look at the rest of the ideas in my list below. 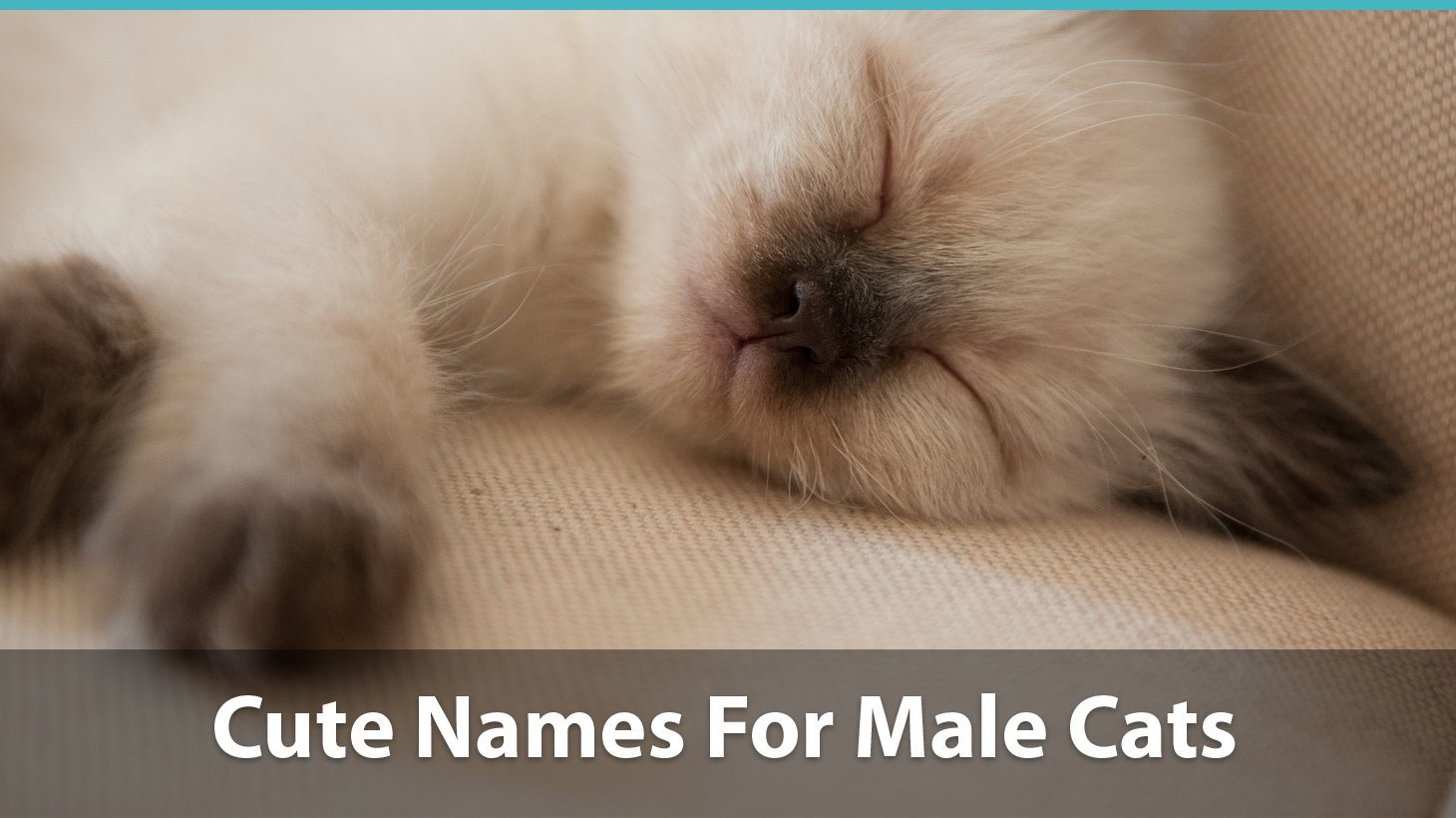 If you’re a sucker for cat puns, brace yourself! These ones are absolutely purr-fect for tom cats!

Of course, you don’t have to stick to these puns. You can also take your favorite actor/ singer/ celebrity/ fictional character and make a pun from their names. Trust me, it really is super easy! Here are a few hilarious examples:

As you can see, the possibilities are limitless. If you have a favorite one from my list or if you manage to come up with your own pun, I’d love to hear about it in the comment section below this post! 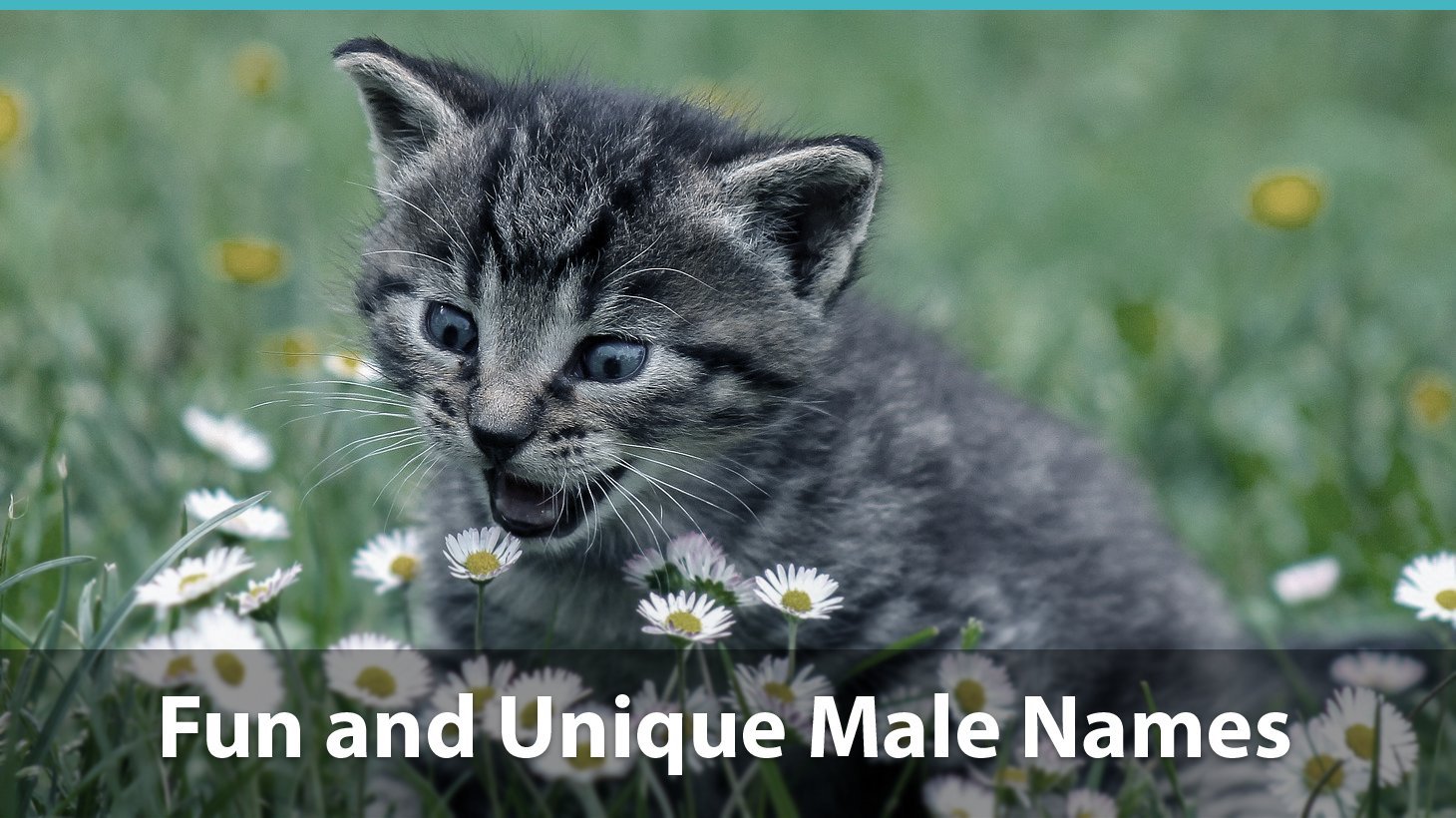 Not a big fan of puns? Not to worry! I have a long list of fun male cat names with absolutely no puns in them. Some are quite suitable for the feline personality and behavior, while others – for physical appearances.

All of these names are an awesome way to give an entertaining, sarcastic, unusual and overall truly unique name to your male feline furball.

As I mentioned before, I have included some names for boy cats inspired by popular culture. Whether you’re looking for something straight out of a movie, book, TV show or something else, here are a few suitable options, which are definitely worth considering:

One of the best things about pop culture-inspired names is that you don’t have to spend hours in brainstorming ideas if you’re feeling particularly lazy. 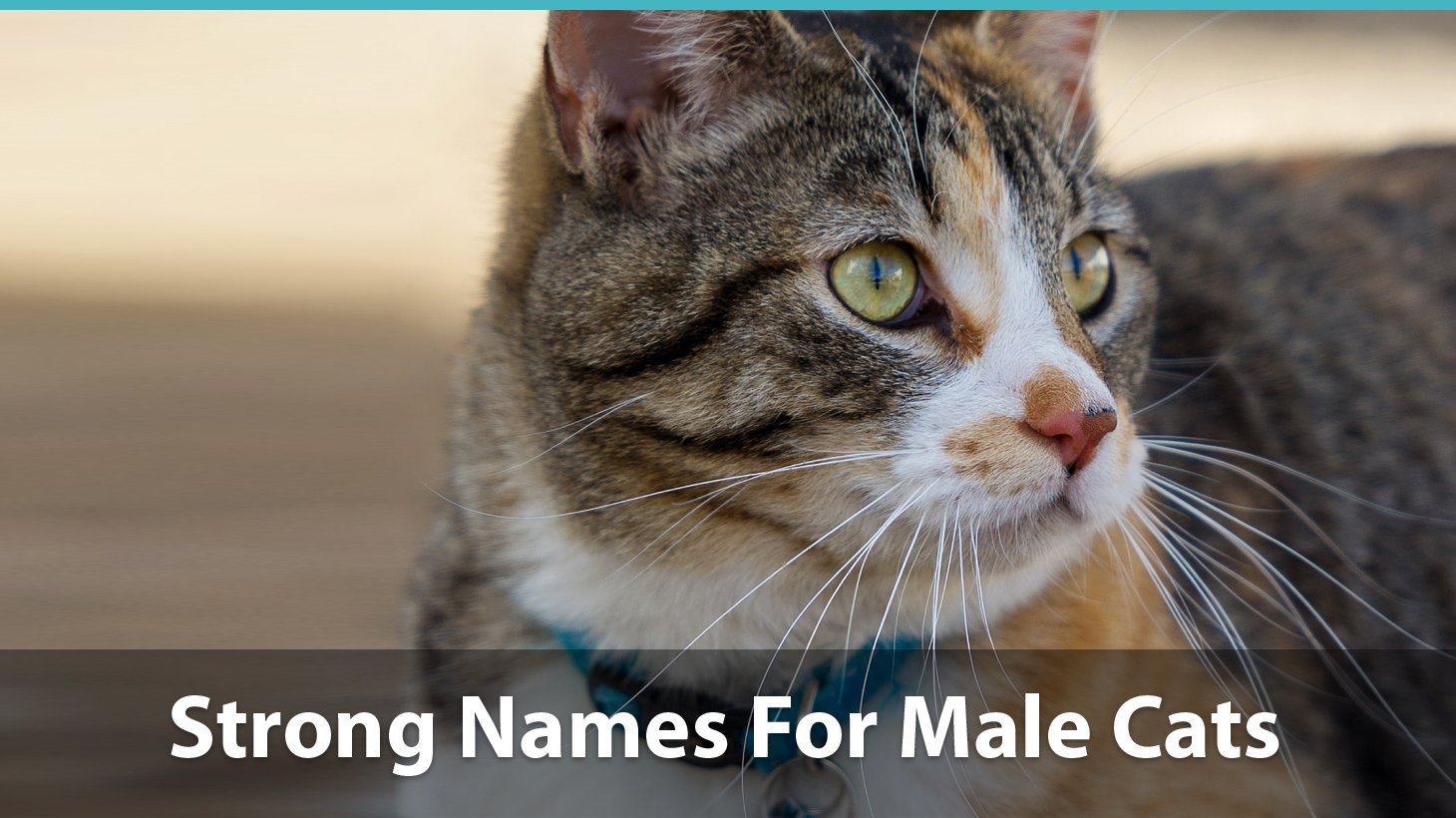 Strong tom cats require strong tom cat names – that is, of course, if you think your feline friend requires something manly and majestic. Here are a few examples to get you started:

Did you find something suitable for your own pet? I’d absolutely love to read your favorites in the comment section down below. 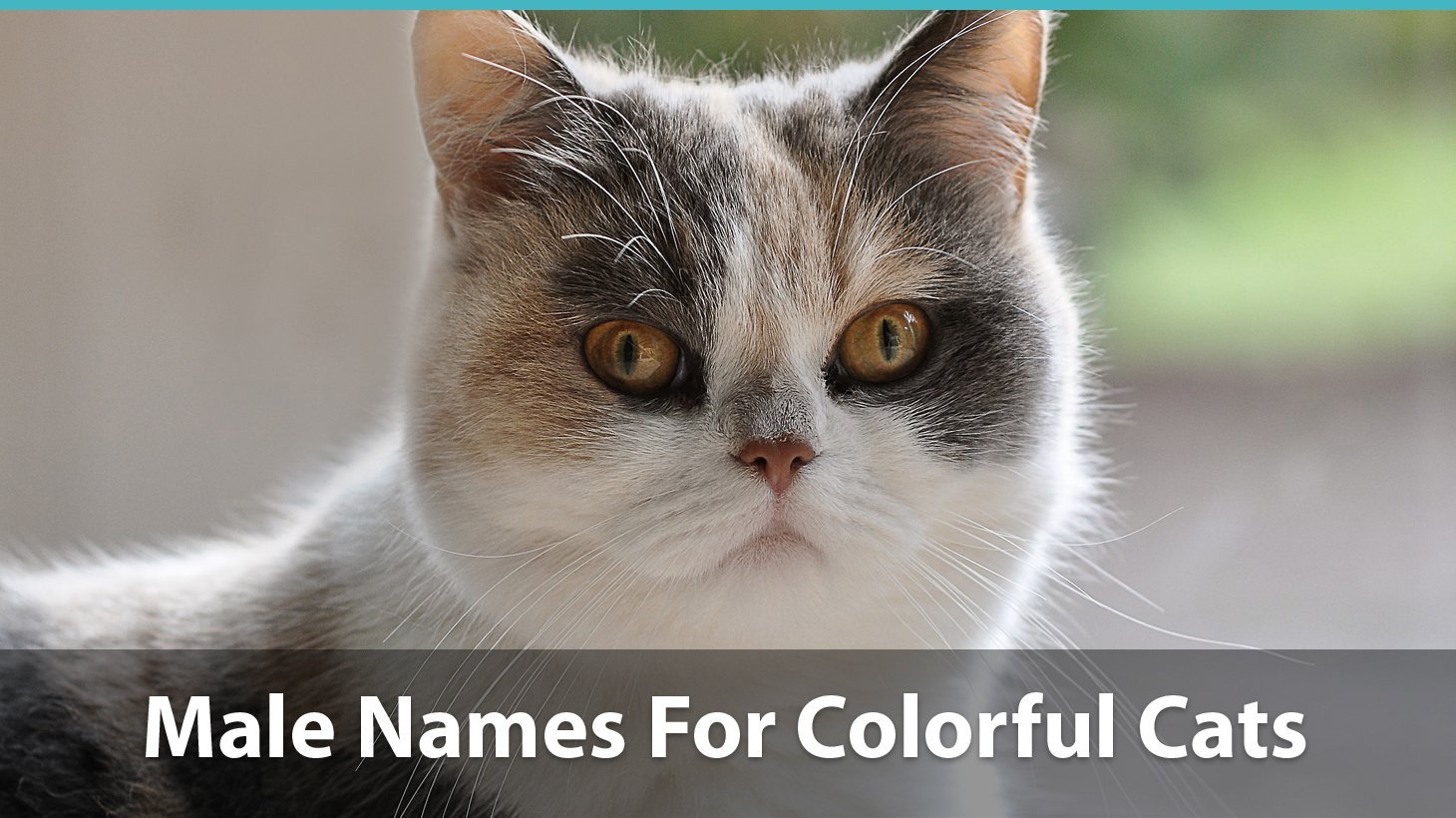 Sometimes the wittiest cat names are simply derived from the kitty’s physical characteristics. You’ll find lots of awesome color-coded, as well as pattern-coded names for colorful male cats below:

The Cat Fanciers Association offers a long list of solid colored variations for felines. However, you can still use a name from the list above even if your pet isn’t included in the CFA’s list.

Last, but not least, you can totally come up with an ah-mazing fully customized name for your male kitty. Just give him a majestic title, a simple first name and something hilarious for a last name. Check out some of my favorite combinations:

It’s not that hard to make up your own paw-some combination. You can even use your feline furball’s favorite food item in his name. Just let your creativity and inner goofiness flow!

And my last tip for male cat owners is to use your cat’s birth month or his zodiac sign. This way you’ll get a truly unique name for your pet, unless somebody in your household is already named after a month, such as August, or after a zodiac sign, such as Leo.