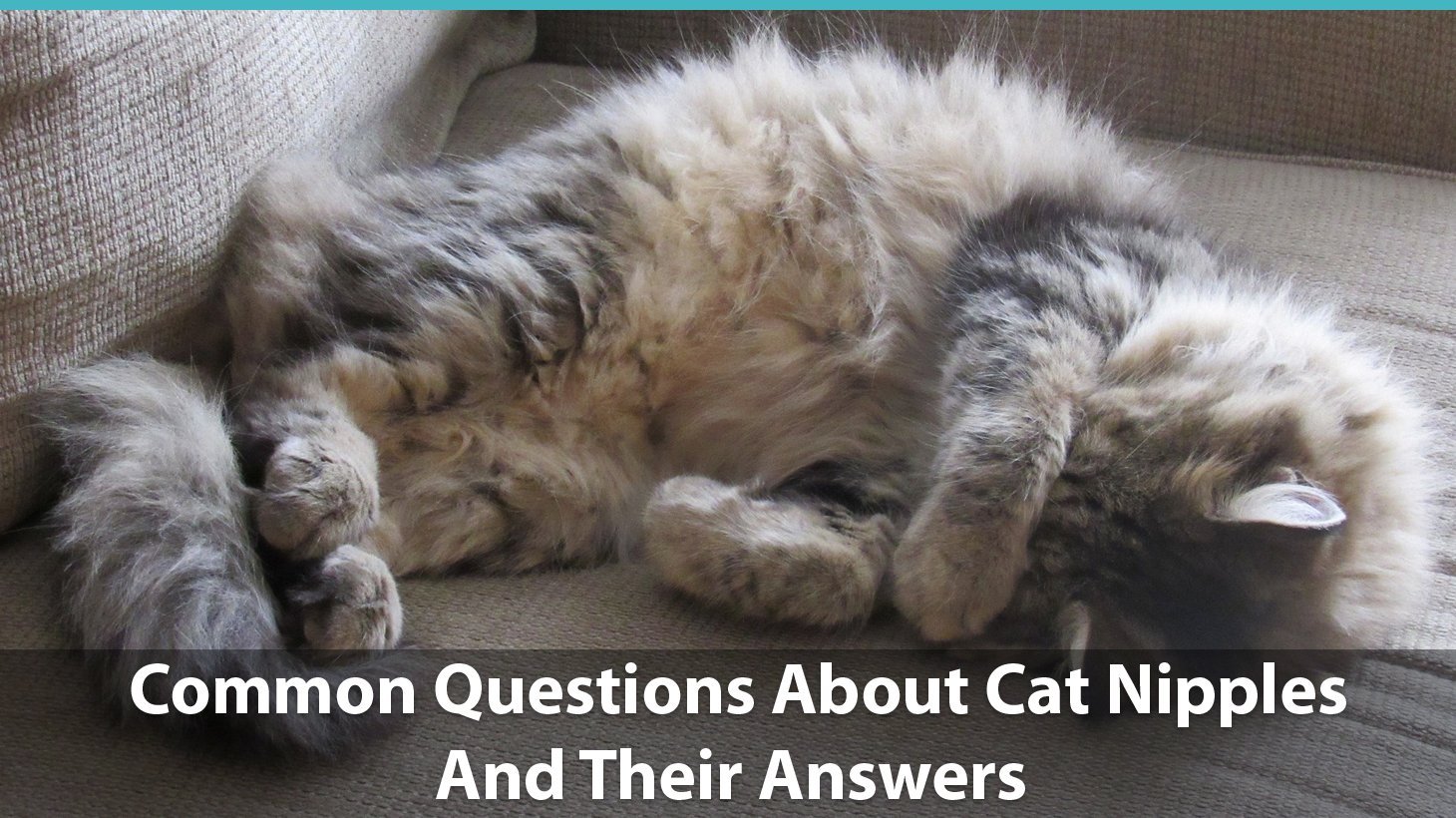 It may seem like an odd topic to talk about, but many pet parents do ask questions about their cats’ nipples, regardless of the kitty’s age, gender or breed.

There are a bunch of differences between male and female cats, but when it comes to nipples, all cats have them. And that includes male tom cats too. As you know, feline furballs are mammals just like humans, so it comes only naturally for their bodies to have them.

If you’re one of those people who have a question or two about cat nipples and you’re looking for straightforward, non-confusing answers without incomprehensible medical terms, you’ve come to the right place!

Without further ado, here are the most common questions about cat nipples and their respectful answers.

How many nipples do cats have?

Curiously enough, some kitties may have more, whereas others – less. It doesn’t depend on the breed, gender, age or some health condition and there isn’t a particular reason for it. It’s just how felines are.

On an average, cats have 6 or 8 nipples.

However, some furballs might have 4, whereas others – more than 8 nipples on their bodies. Moreover, they can come in an odd number. So, just because your own fluffy friend has more or less than 6 or 8, it doesn’t mean there’s something wrong with it.

Where are cat nipples located?

Similarly to most mammals out there a cat’s nipples are located on its tummy. They are positioned in two rows and might or might not be proportionally aligned depending on whether their number is even or odd.

It may seem like your cat doesn’t have nipples if it has a dense fur coat and an undercoat.

Nevertheless, if you search thoroughly under all of that fur, you’ll be able to find them. They are pretty tiny and can be easy to miss on longhaired breeds, but they’re still there.

Do male cats have nipples?

Yes, they do! Male tomcats can have an odd or even number of nipples just like female kitties. Male kitties are mammals too.

Why do male cats have nipples? Male humans, dogs and other mammals also have them. They don’t produce milk and aren’t crucial for the species’ survival, so they don’t evolve the way female cats’ nipples do. So why do they have them? Scientists still don’t have a clear explanation for that question. It’s just the way nature works.

Can you guess a cat’s gender by its nipples?

There are many ways to tell a kitten, adult or senior cat’s gender. The nipples, however, aren’t a factor. Unless the cat is a female and she’s pregnant, you won’t be able to tell any kitty’s gender just by observing its nipples.

Now that we’ve gone through the most common questions about cat nipples, generally speaking, I want to focus a bit more on female cat nipples.

Can you tell if a cat is pregnant by her nipples?

Feline pregnancy is different than human pregnancy, but one of the few similarities between the two species is that the nipples undergo changes during the pregnancy and shortly after it.

So, yes, you can tell if your cat is pregnant by observing her nipples.

There are other telltale signs too. But the nipples will become pink and swollen even during the very first stage of pregnancy – around the 3rd week. Protruded, swollen or darken nipples are among the most common physical changes pregnant cats go through.

Is it normal for my cat to have leaking nipples?

If you’ve ever spotted leaks while the cat is still pregnant, don’t panic. Milk leaking (or the so-called lactation) is perfectly normal. It usually occurs a couple of days prior to giving birth and the amount of lactation varies.

Female kitties can sometimes produce milk even if they aren’t pregnant.

Lactation may occur even among spayed cats, although it’s quite rare. This condition is called false pregnancy and can strike even overall healthy cats. If it happens with your cat, consult with your veterinarian, especially if it’s lasting for several days in a row.

Are there any concerns you should be worried about?

Sadly, as excellent as cats are when it comes to their hunting and survival instincts, these creatures aren’t invincible. And similarly to human beings, female cats can also experience some problematic health conditions linked to their nipples.

These are the most common concerns when it comes to female cat nipples. If your female cat is experiencing signs of pain, unnatural swelling or inflammation around her nipples, immediately consult with your vet.