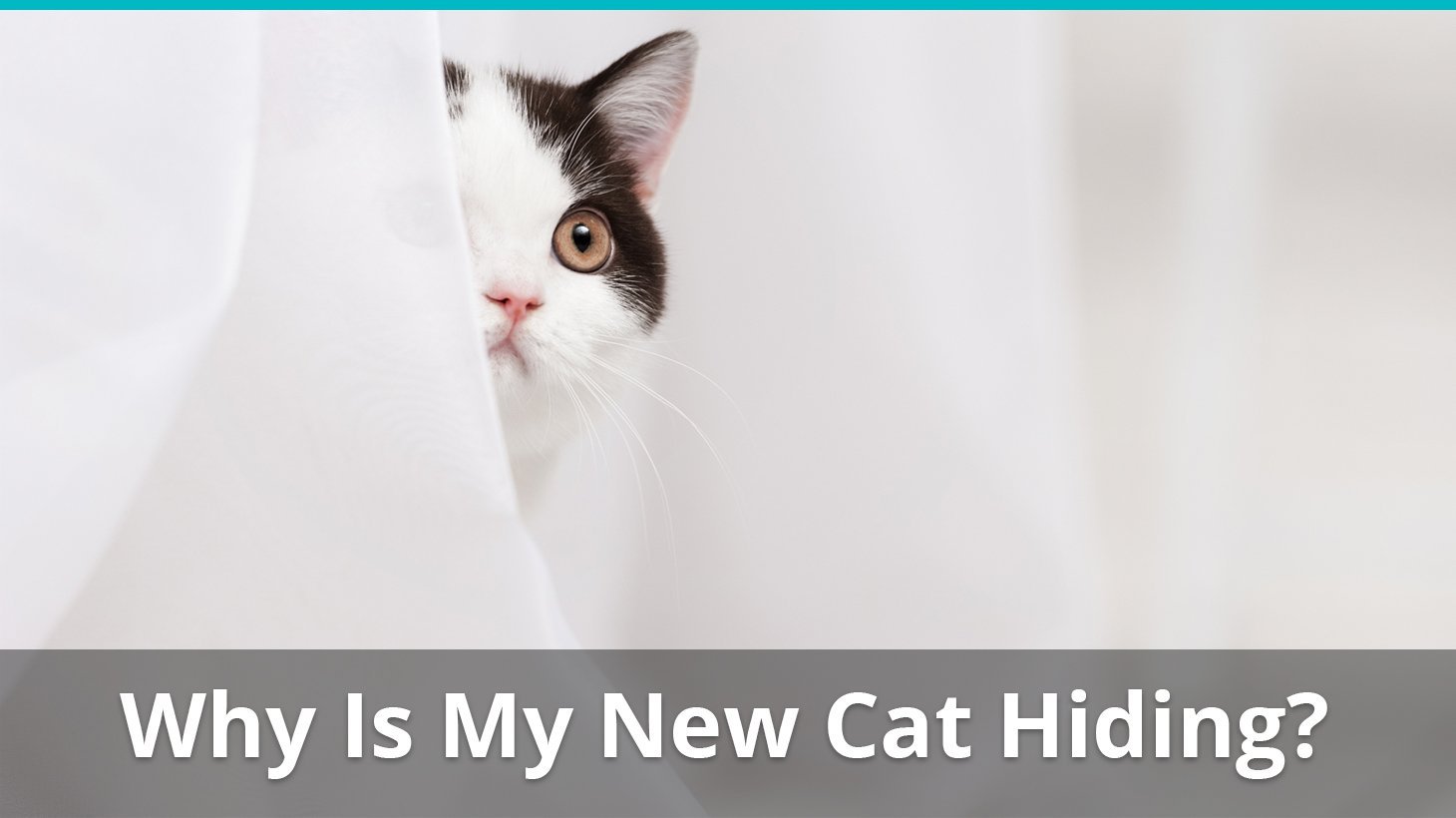 If you’ve recently adopted a new cat from a shelter or somewhere else, there’s a big chance it’s not acting friendly. In other words, it’s attempting to bolt regardless of the tactics you’re trying out, such as offering it food or trying to speak to it in a soft, calming voice.

Even if you’re not a first-time owner, your new cat could be hiding from you. That, however, doesn’t necessarily mean that you are doing something bad.

In some extremely rare cases, the cat will take to a new house or apartment from day one, but that is the exception to the rule.

It is far more likely for your new cat to adopt strange hiding habits before it starts accepting your home as its home.

Your new kitty could opt for a vast variety of hiding places, most of which will be hard to reach. It doesn’t mean that your pet is scared of you, doesn’t like you, or doesn’t want to reside in your home. It just means that you must give it some time to fully adjust to its new accommodation.

Some breeds, like the Abyssinian, for example, don’t adapt easily to unknown scents, sights, and overall surroundings.

Regardless of the breed, your new cat’s constant hiding isn’t something uncommon. You can’t force it out of hiding and you can’t follow some ultimate formula to help it settle down from the very beginning.

Why Is My New Cat Hiding?

Here are four reasons your cat could be hiding:

Even though felines are among nature’s best hunters, they can still get scared.

Some cats are afraid of basically everything – from your phone’s ringtone to a new, yet small furniture piece. Others are more laid-back, tolerant, and too lazy to be bothered by most things.

Either way, your new cat will probably be scared by its new home.

Trying to grab the cat to hug it and calm it down isn’t a successful formula. Trying to draw it out with food, toys, treats, and other items also doesn’t guarantee that the kitty will come out.

Fear is a powerful emotion for cats, dogs, humans, and all other living creatures. You can’t force the cat’s fear away.

Every single room of your home offers new sights, smells, and sounds for your new cat. Felines can experience a wide arrange of emotions. As such, the new cat can be overwhelmed by everything, even in only one room.

When some cats get overwhelmed by the new surroundings and everything they’re sensing, they prefer to run off and hide in a dark, warm, and seemingly unreachable spot.

It’s impossible to predict how your new cat will react if you try to force it out of hiding while its senses are overwhelmed. Worst-case scenario, it could become aggressive and start acting destructively. The best way to cope with the situation is to give your new pet some time on its own.

When getting a new cat, even experienced pet parents can make the mistake of not getting rid of the previous pet’s odor. If you’ve owned another animal before, the previous pet’s scent will be lingering on all of your furniture and your new cat will be able to sense that.

Felines are territorial, so if there are any leftover odors from another animal, your new cat will feel like the other animal could become a possible predator, even if said animal isn’t residing in your home anymore.

The same goes for when you do have another pet and you’ve gotten a new cat to keep it company. For cases like these check out our articles on how to introduce a cat to another cat or how to help it co-exist with a dog.

Contrary to popular belief, kittens aren’t the only feline age group that can suffer from separation anxiety.

Adult cats, as well as their senior counterparts, can be affected. Separation anxiety can be triggered by switching homes or pet parents, being taken away from other animals, and so on. It can even be something as simple as losing a favorite cat toy.

How Do I Stop My New Cat From Hiding?

Regardless of your new cat’s primary reason for hiding, you should never try to forcefully change her point of view. Instead, take your cat to a comfortable room and give her some space. Don’t do anything that will overwhelm your feline friend any further.

Some cats adjust to new homes and owners during the first couple of days. Others might need longer periods – even up to a few weeks.

Either way, remain patient with your new cat. Allow your furball to get accustomed to the unfamiliar on her terms. That’s the best and most efficient option, as well as the kindest.

1 thought on “Why Is My New Cat Hiding? Is It Scared?”