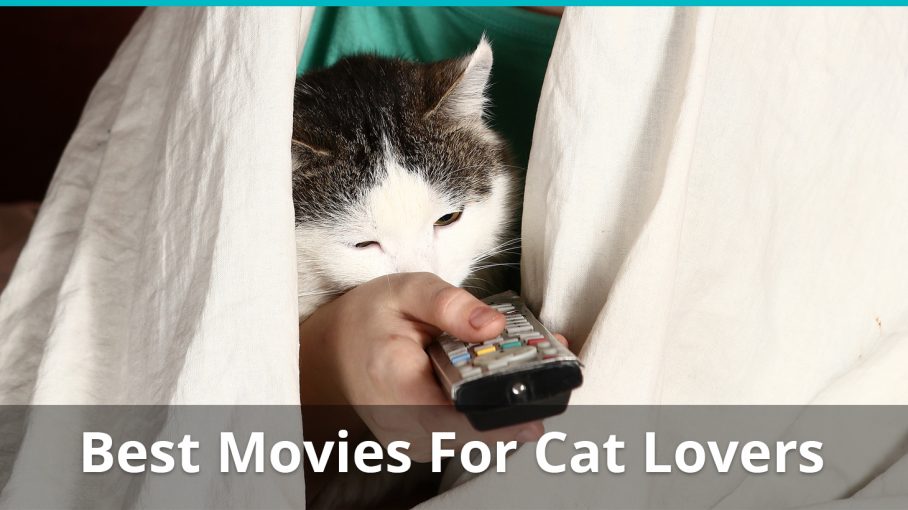 Cat Movies: The Best Movies For Cat Lovers To Watch

If you’re a true cat lover, you can appreciate feline furballs in all of their forms – in real life, in literature, in music, on the Internet, in paintings, in movies … the list goes on and on.

If you prefer reading books instead of watching movies, check out our article for some awesome books for cat lovers.

Today we’ll be focusing on some of the greatest cat movies out there for kitty lovers. And we won’t be discriminating against any feline breeds or film genres! So, without further ado, here’s our list of top movies for kitty owners or just cat lovers in general.

A List Of The Best Movies For Cat Lovers 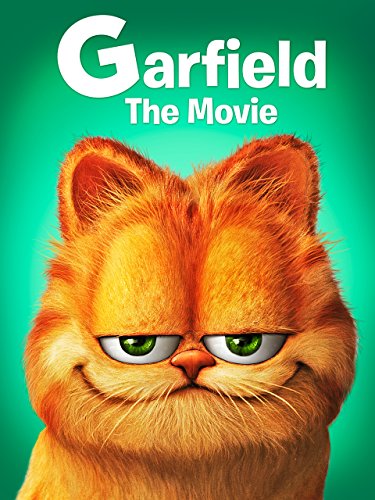 It wouldn’t be fair not to kick things off with a classic – Garfield. Garfield came to life as a comic book character back in 1978. If you haven’t watched anything about the ginger tomcat, this is your chance to laugh out loud.

Garfield and his grumpy attitude, unconditional love for lasagna, and constant mischief, will make you fall in love with the movies even if you’re not a huge fan of CGI. Garfield: The Movie hit theaters back in 2004. Ever since then, its success has spurred a total of four sequels, from 2006 – 2009. This sassy tomcat will most definitely help you forget about your everyday troubles for a few hours!

The Cat From Outer Space 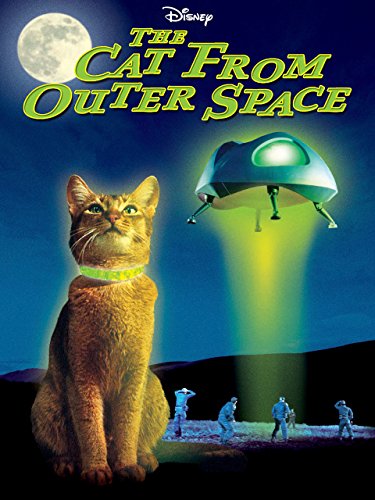 Another classic movie for cat lovers is The Cat from Outer Space. Don’t expect some mind-blowing visual effects from this late 1970s movie. What you should expect, however, is a witty script, a heartwarming happy ending, and some alien mischief.

Zunar J 5 Slash 9 Doric 4 7, a.k.a. Jake, is the main character in this story, which is a favorite family movie from many people’s childhood memories. The Cat from Outer Space is just yet another reminder that felines are superior creatures. 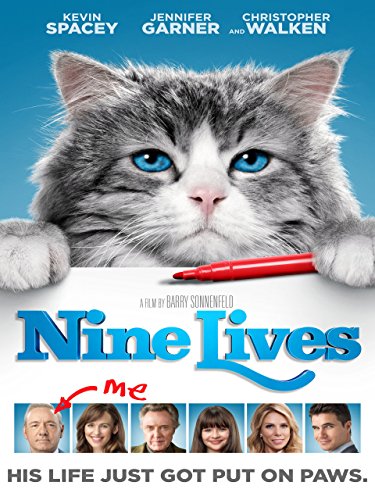 A more modern, star-studded (Christopher Walken, Kevin Spacey, Jennifer Garner) movie is Nine Lives. This film from 2016 is a hilarious comedy about self-discovery and family. It contains lots of rude humor and grumpy cat moments.

Nine Lives is a great laugh-out-loud comedy for youngsters and adults alike. Lil’ Bub, the famous celebrity cat, makes a minor appearance in this movie. Interestingly, one of the cast members, Mark Consuelo, is actually allergic to cats, yet he managed to film some cat scenes anyway. 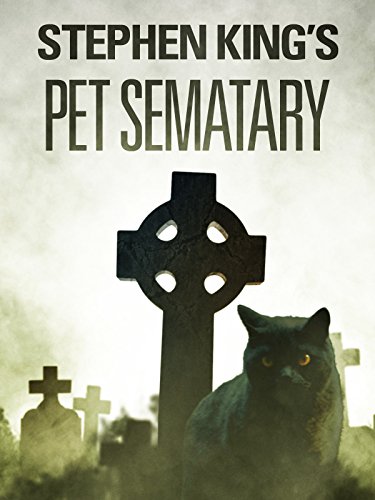 Although cats play a fundamental role in Stephen King’s Sleepwalkers, we don’t advise you to watch it. Instead, horror genre lovers (and cat lovers) should opt for Pet Semetary’s film adaptations if they’re on the lookout for something thrilling.

Winston Churchill, a.k.a. Church, is the main antagonist in Pet Semetary. He’s a lovable British Shorthair tomcat up until he … well, watch the movies and you’ll find out. Church is definitely a scary character and King’s story is a must-see (and must-read) for every horror fan out there. 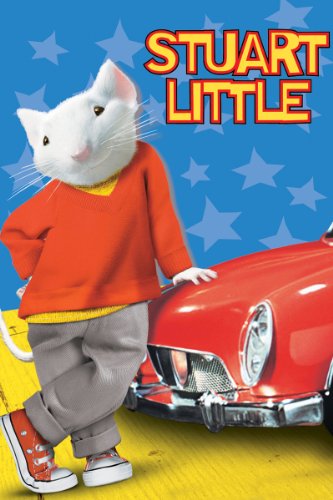 If you’re a fan of Persian cats, then you definitely need to watch Stuart Little and Stuart Little 2. Snowbell is a white Persian kitty who happens to hate sharing attention, dealing with mice, dogs, birds, and being nicknamed Tinkerbell. Nevertheless, Snowbell undergoes some character development and by the end, he saves the day along with Stuart. 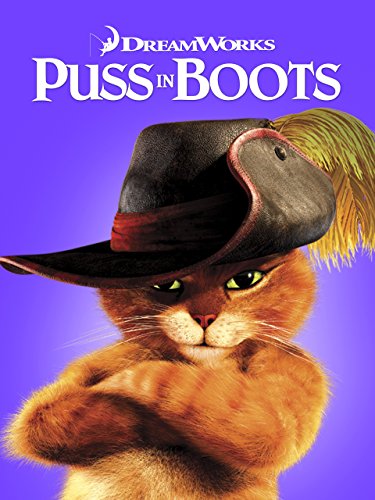 The character of Puss in Boots dates back to the distant 1600s. The witty, brave, and hilarious cat appears in black and white shorts, animated TV series, and live-action adaptations. Its most prominent appearances are in the Shrek movies, as well as in its very own movie from 2011, Puss in Boots.

Needless to say, with stars like Salma Hayek, Antonio Banderas, and Billy Bob Thornton, this movie was a huge box office success. The story takes place years before Puss met Shrek and co, but it’s just as funny. 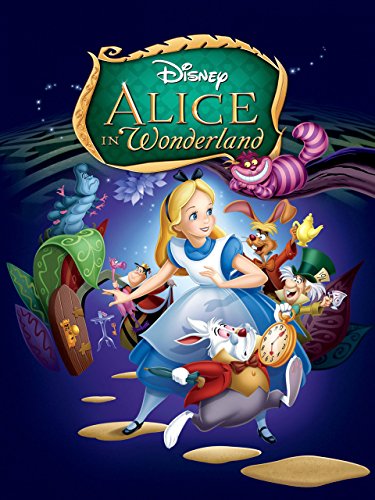 Even if you haven’t read Alice’s Adventures in Wonderland, you’ll love the movie adaptations. Pet parents and cat lovers from all over will appreciate the uniqueness of the Cheshire Cat.

Slightly annoying, philosophical, and constantly smiling, the Cheshire Cat is an iconic character, which appears in all Alice In Wonderland movies. If you’re up for a classic adventure,check out Disney’s original movie from 1951.

Tim Burton’s adaptation from 2010 is also a great way to get acquainted with the Cheshire Cat. It’s not as dark as most of his other works and it comes with an excellent cast featuring stars like Johnny Depp, Anne Hathaway, and Helena Bonham Carter. 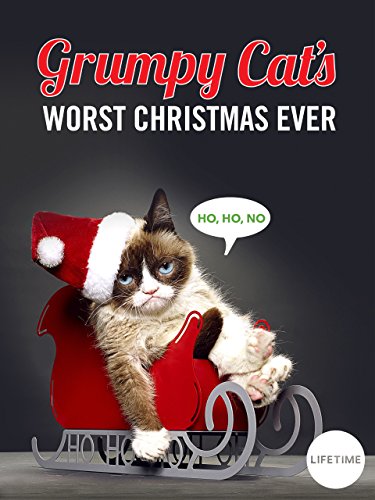 If you didn’t already know this, brace yourself – Grumpy Cat has his own movie! That’s right, the famous Tartar Sauce, a.k.a. Grumpy Cat, managed to land his very own Lifetime movie, entitled Grumpy Cat’s Worst Christmas Ever.

Even though the movie itself isn’t as funny as the countless Internet memes, it’s still worth a try. There are some enjoyable lines, which should indeed become memes. And Grumpy Cat makes a few interesting and thoughtful points during the movie.

The Secret Life Of Pets 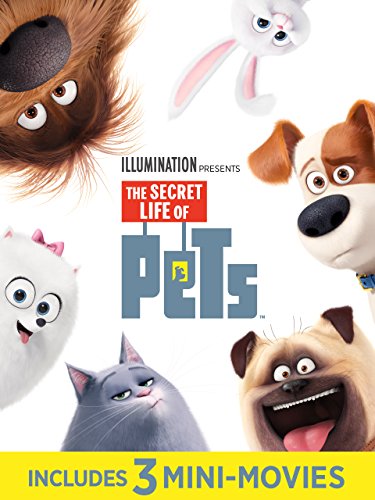 Here comes the ultimate family movie – The Secret Life of Pets. It was the sixth highest-grossing movie at the box office for 2016 and its sequel is supposed to hit theaters in 2019.

While the movie starts off with a terrier’s story, every cat lover will enjoy the adventures of the tabby, Himalayan, and Sphynx cats featured in the film. Apart from several kitties, The Secret Life of Pets also features dogs, rabbits, and tons of other animals.

Have you watched any of the aforementioned movies for cat lovers? Or do you have a favorite cat movie about feline furballs that we’ve missed in our list? Why don’t you share it with us so that we can enjoy it too?