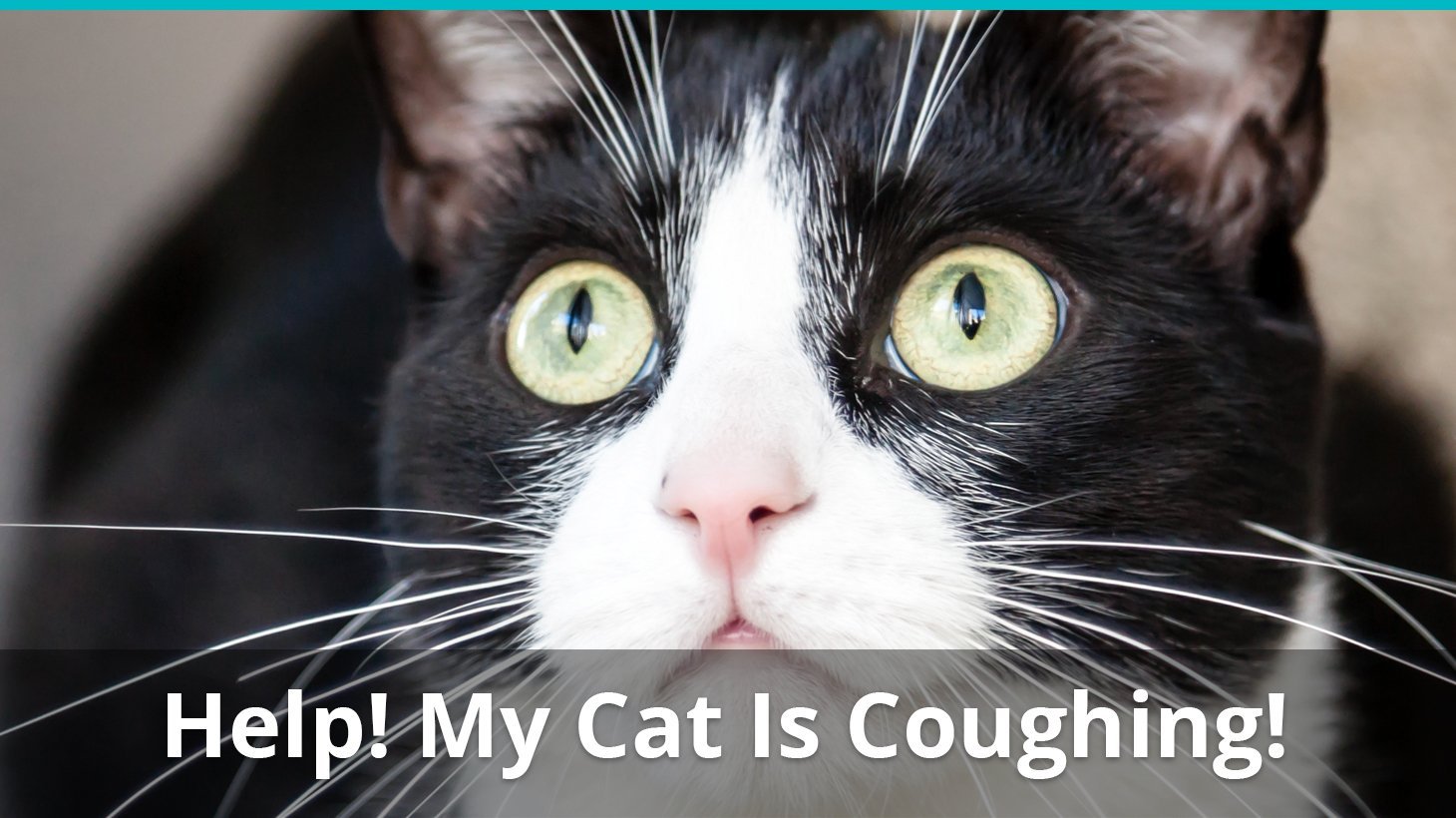 Felines are curious creatures. Sometimes they can act in various human-like ways and sometimes it may seem like they’re acting as strange as if they were coming from another planet.

Cats can experience a number of human-like symptoms indicating that there’s something wrong with their body – from indigestion to the unpleasant diarrhea. And one of the many similarities felines bear to human beings is the sensitive cough reflex.

The act of coughing shows that there’s something problematic going on with your beloved fluffy pet’s body. But before you start panicking, take a deep breath, try to calm down and keep reading.

Is It Normal For Cats To Cough?

Things like coughing, wheezing and sneezing are normal for cats of all breeds and ages. Cats, humans, dogs and other living beings often experience these things when they need to clear their throat and respiratory tract of something.

Coughing and wheezing is common and it doesn’t automatically mean that your kitty has caught a cold or that it’s sick. It’s just one of its body’s many protective reflexes. Overall healthy cats can cough just as often as felines with a rather compromised health can.

Sometimes it may seem as though the cat is producing wheeze-like sounds, whereas in other cases it may appear as though it’s experiencing painful spasms, more of a hacking sound like it’s trying to get something out.

It depends on whatever your pet is trying to cough up, where it’s stuck and whether or not it’s too large to be coughed up immediately. Either way, coughing is natural for cats. It’s just their way of trying to get rid of something that’s foreign to their bodies.

In other words, you don’t need to worry about the act of coughing, but the thing that has triggered it in the first place.

Why Is My Cat Coughing Or Wheezing?

Sometimes your kitty might cough even if it hasn’t swallowed anything. Coughing can also be triggered by inhaling cigarette smoke, polluted air or some nasty chemical’s fumes. It doesn’t automatically mean that your furry pal can’t digest an actual foreign body, though if it’s a wet cough or there’s mucus involved, pay extra attention. Here are the main reasons behind your precious feline furball’s behavior.

Large chunks of cat food are common causes for coughing. Some cats are finicky eaters, whereas others will try to gulp down multiple enormous bites at once. In such cases it’s impossible for the food to pass safely through the kitty’s throat all the way into its stomach. Thus, the cat will try to cough it up or vomit it.

Indigestion can also occur when your pet has accidentally swallowed something inedible. When particles from toys and other objects get lodged in its organism, it will need to get rid of them one way or another.

There are many things that can easily apply uncomfortable pressure on your pet’s windpipe. Tight collars are a common culprit for coughing. If your feline pal is suffering from asthma or if it’s prone to it, that will also eventually cause respiratory disorders like wheezing or coughing.

Most pet parents out there will tell you that the most common reason behind your pet’s coughing is a hairball build-up. And that’s true.

Hairballs not only cause diarrhea, issues with breathing, mucus in the stools and indigestion, but they can even be fatal for your kitty. And if they aren’t treated, you might find yourself paying a fortune for surgical removal if you wish to save your cat’s life.

While it’s common for cats to cough up hairballs, especially for longhaired breeds like the Maine Coon, it doesn’t mean that you should neglect hairball built-ups. De-shedding your furball daily and vacuuming your home are two of the easiest ways to lower the risks of hairballs.

Yes, cats can suffer from allergies just like we, humans, can. Feline allergies are often triggered by mold, chemical fumes, cigarette smoke, pollen, litter dust, and even some food items. Numerous allergen agents can cause sneezing, wheezing and coughing, regardless of your kitty’s age, breed or gender.

Respiratory problems can also occur due to a number of diseases. Asthma and allergies aren’t the only ones.

Bronchial diseases, cancer, parasitic diseases, inflammation of the trachea, heartworms, lung infections, and pneumonia are some of the most common culprits for the coughing. There’s a possibility that your pet might have been misdiagnosed or not diagnosed at all and the unknown disease could be making it cough.

What To Do If Your Cat Is Coughing Or Wheezing: Remedies, Treatments, And Solutions

Instead of panicking, there are several things, which you can do to resolve the coughing problem. Check the cat’s mouth and throat, especially the palate and the teeth in the deep far end. Something (food, toy particles or other foreign objects) could be stuck in there. Chances are your cat won’t like it. Wrap it in a towel or a blanket and be careful when inspecting its mouth.

Opt for home-made remedies. Coconut oil and pumpkin can help with indigestion and hairballs. Changing the food to something with smaller bites and providing daily supplies of fresh water can improve digestion.

Treat the cat for fleas, ticks and other parasites regularly. Mosquitos spread heartworms, whereas other bug bites can cause infection, inflammation and allergies.

Stay away from perfumes, deodorizers, aerosol sprays and other chemicals that produce fumes where the cat can easily inhale them. Make sure you’re airing the rooms and cleaning the litter box regularly.

Of course, the best way to treat a health-related problem is to seek a professional’s help. Use a reputable vet’s services and keep in mind that feline healthcare can be quite costly. Be as descriptive as possible when it comes to the coughing. When did it start, is the cat coughing often, does it sound like a wet or a dry cough, is it occurring after eating or exercising, is it coughing up mucus or hairballs, etc.

Such details can help the vet narrow down the causes behind the problem and the tests, which he/ she will need to perform – X-ray scans, blood, urine or stool tests, examination of mucus and saliva samples, and so forth.

Cat coughing can be medically treated in a number of ways. Your vet may hospitalize your pet or prescribe antibiotics, anti-parasite treatments, corticosteroids or other medication. Keep in mind that each feline furball is unique. Thus, the doctor can’t specify the treatment before fully examining and diagnosing the kitty.

1 thought on “What To Do When Your Cat Is Coughing Or Wheezing: Wet Coughs, Mucus, Hairballs, And More”