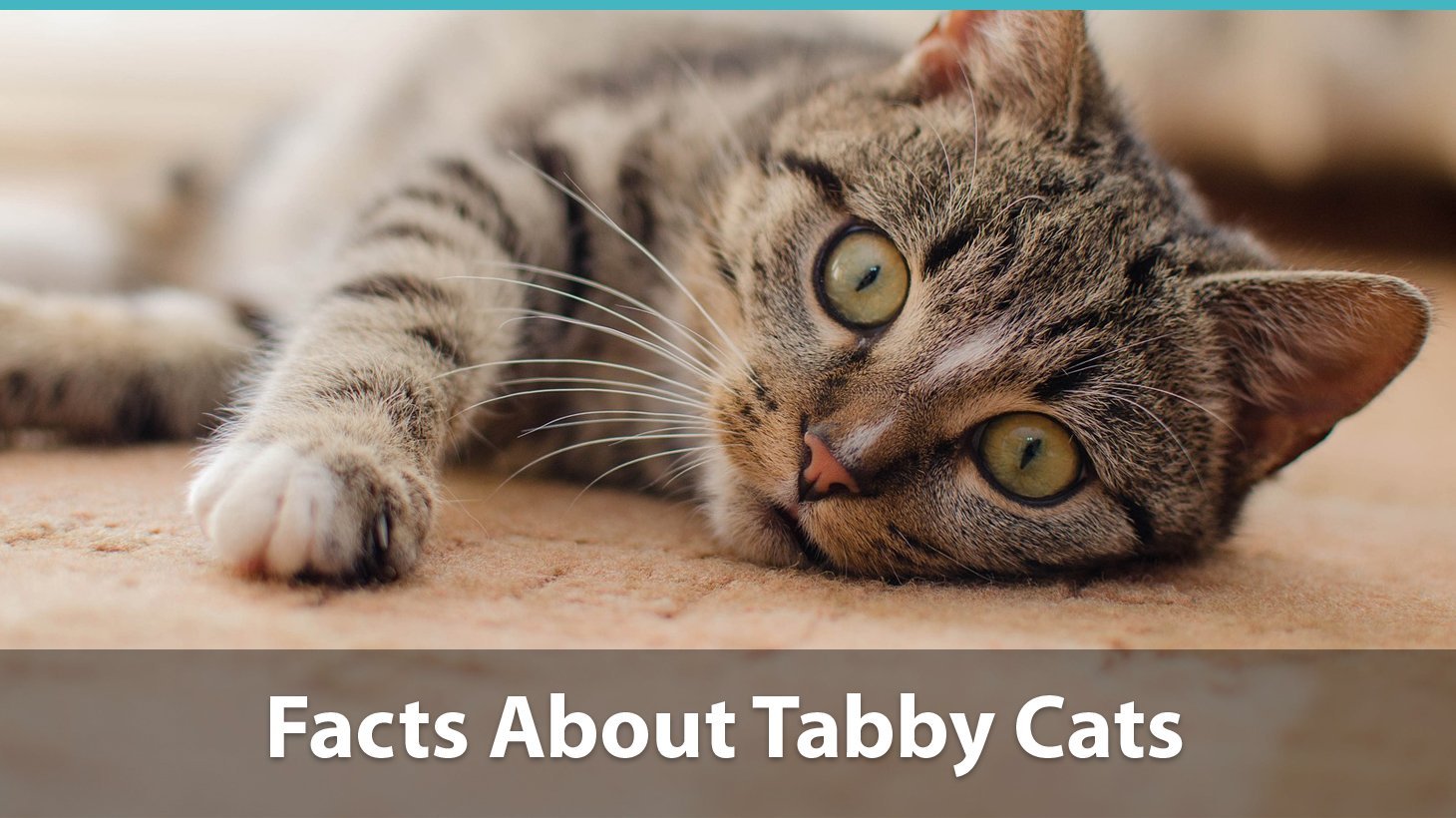 Have you ever wondered what the most popular type of cat all over the world is? Is it longhaired or shorthaired? And does it come from a specific breed?

Maybe it’s the fluffy Persian or the widespread American Shorthair? Or how about the latter one’s British equivalent?

Nope, none of them. And yet, it can be some of them.

Sorry, I’m don’t mean to pose a riddle, but hear me out.

What I’m talking about is the tabby cat.

You’ve heard about it, and you’ve most definitely seen it – more times than you can count! And what’s odd is the fact that you won’t be able to recall exactly how many times you’ve seen it simply because most people usually don’t pay attention to tabbies.

How can this be?

Well, tabbies are so widespread and so common that they don’t stand out. Even though they have distinctive markings, people are so used to seeing them that they don’t tend to leave a long-lasting impression.

And yet, tabbies are gorgeous and unique on their own. If you want to find out more facts about tabbies, keep on reading, fellow kitty lover.

Some of them might even shock you. And others might make you want to get a tabby kitten right away!

Without further ado, here are some interesting, famous, little-known, and baffling facts about tabby kitties.

You might not be so surprised by this fact, but it’s the most essential one when it comes to tabbies.

These kitties are non-breed specific.

Meaning, you can find tabbies among a wide variety of feline breeds, including common domestic ones, as well as some exotic designer breeds like the Ocicat.

Moreover, the term “tabby” doesn’t describe a breed. It’s just a word used to define a type of striped pattern markings on a kitty’s fur coat.

The Most Popular Type Of Cat

Yes, yes, I know that some of you will argue with this fact. Persians, British/American Shorthairs, Siamese, and Maine Coons are among the top pet choices for pet parents all over the globe.

But tabbies are viral.

They are common not only among domestic cat breeds but also among feral kitties.

Tabby is indeed the most popular fur pattern. Its commonness is exactly why people don’t pay so much attention to tabby kitties – they’re just so darn common! But just because they aren’t show-stoppers, it doesn’t mean they aren’t beautiful or unique on their own. 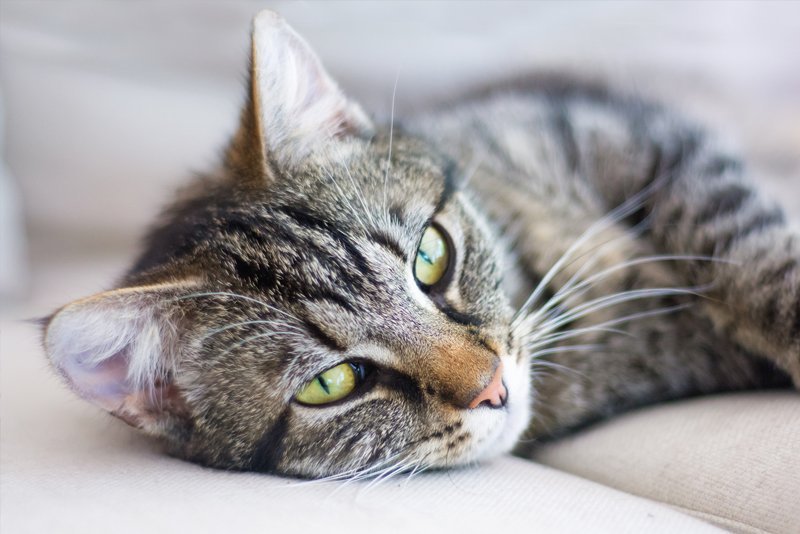 There Are Different Types Of Tabbies

Speaking of beauty and uniqueness, did you know that there are different types of tabby markings? Tabby kitties can have dots, stripes, swirls, lines, and a bunch of other figures on their fur. Talk about being diverse!

According to official standards, there are 4 basic types of tabbies:

Have a look at this document from Dr. Brenda Griffin of the University of Florida to see examples of each type of Tabby marking.

The famous Oriental Shorthair is the kitty that comes in the most colorful combinations on the planet. Sporting an impressive 300+ hues and patterns, this feline is a colorful, fuzzy, purring mess.

But when it comes to eye color, tabbies get the gold.

Since tabby cats can be found in a plethora of feline breeds, they can also display a plethora of eye shapes and eye colors depending on the breed’s specifics and the genetic heritage. 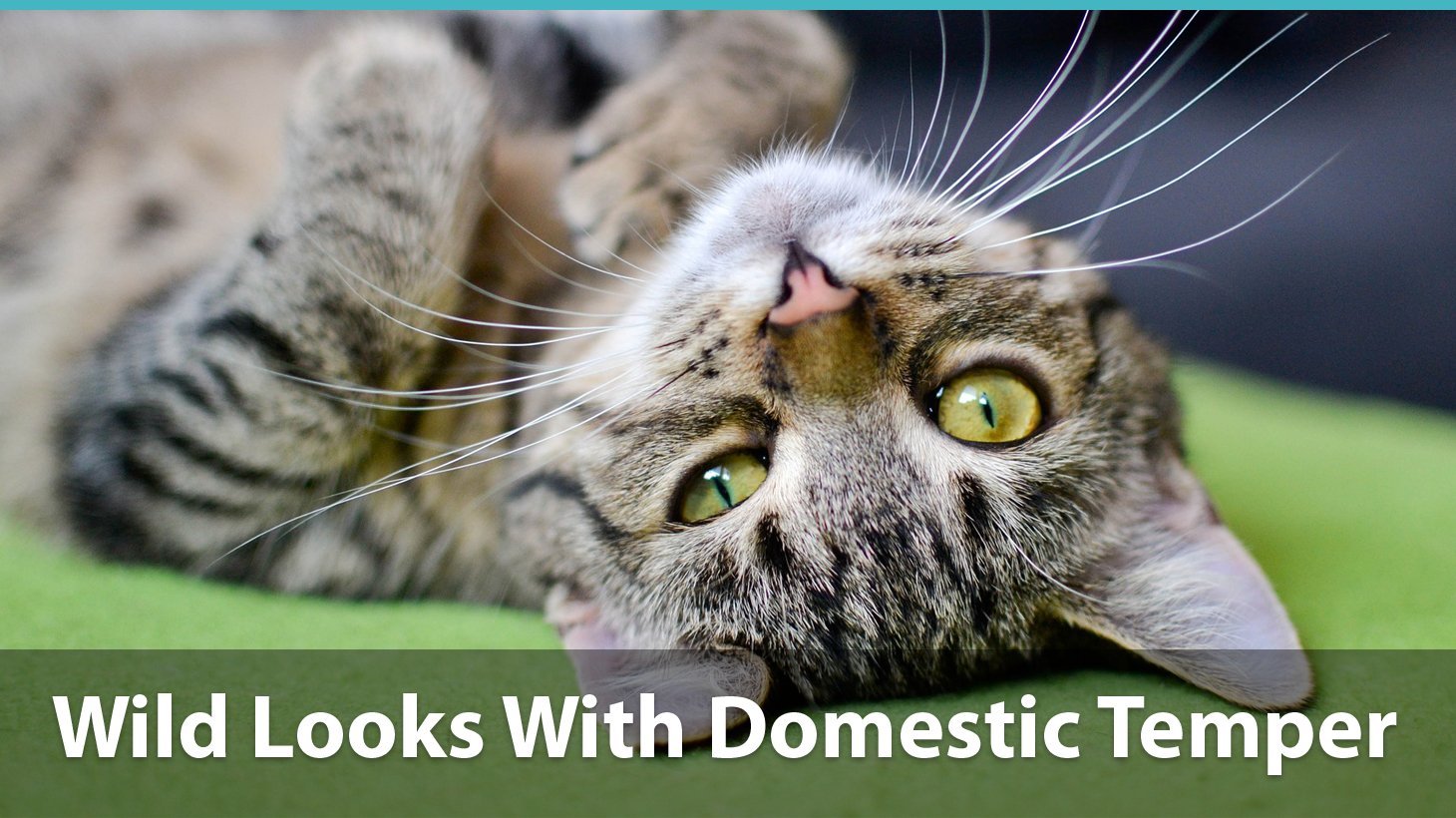 One of the many things that make tabby cats great domestic pets is the fact that they have the contradictory combination of a wild cat’s looks and a domestic cat’s tame personality.

Exotic and designer cat breeders aim at producing kittens with wild looks that can be safely kept as pets.

Tabbies, regardless of their breed, already provide the wild appearances even if they don’t have any wild DNA in them. Furthermore, they’re safer and much cheaper in comparison to opting for their designer and exotic feline counterparts. 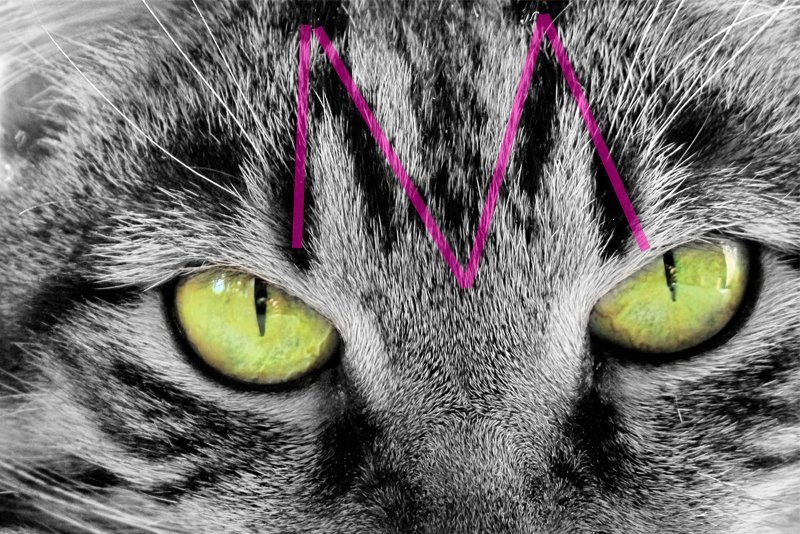 Most tabby cats have a distinctive letter M marking on their foreheads just above their eyes. According to scientists, that’s simply a natural gene in almost every tabby kitty’s DNA. But scientists still can’t prove where tabbies originated from, and the M marking is just as mysterious as these kitties’ origins.

In other words, that mysterious M has been the subject of debates since time immemorial.

Diverse And Unique In Every Possible Way

Because “tabby” is a coat color that can be present in numerous feline breeds, tabby cats are unique and diverse in every possible way known to mankind.

Whether it’s their personality, body structure, eye shape, and color, playfulness, susceptibility to training, or something else – you can expect everything from every tabby kitty.

How Much Do Tabby Cats And Kittens Cost? Price Analysis And Buying Guide

So, I’ve talked about how awesome these fluffy creatures are and what great pets they’d make. But how much do they cost? Here are a few pointers when it comes to tabby cats’ price:

If you want to get a tabby cat or kitten, here’s my pro tip.

Opt for shelters, or friends with pregnant cats/litters.

Since tabby is the most widespread fur pattern, such kitties are quite common in animal shelters. You can save a feral or previously domestic homeless kitty’s life without breaking the bank.

Another reason why tabbies are so awesome is the fact that they don’t have any specific health concerns.

Unlike the albino cats’ case, the tabby pattern doesn’t carry a genetic heritage that’s linked to specific diseases or other health complications.

A tabby cat’s possible health conditions depend on its breed, upbringing, diet, and surroundings. Whether your kitty will grow and thrive in purrfect health – that’s up to you. 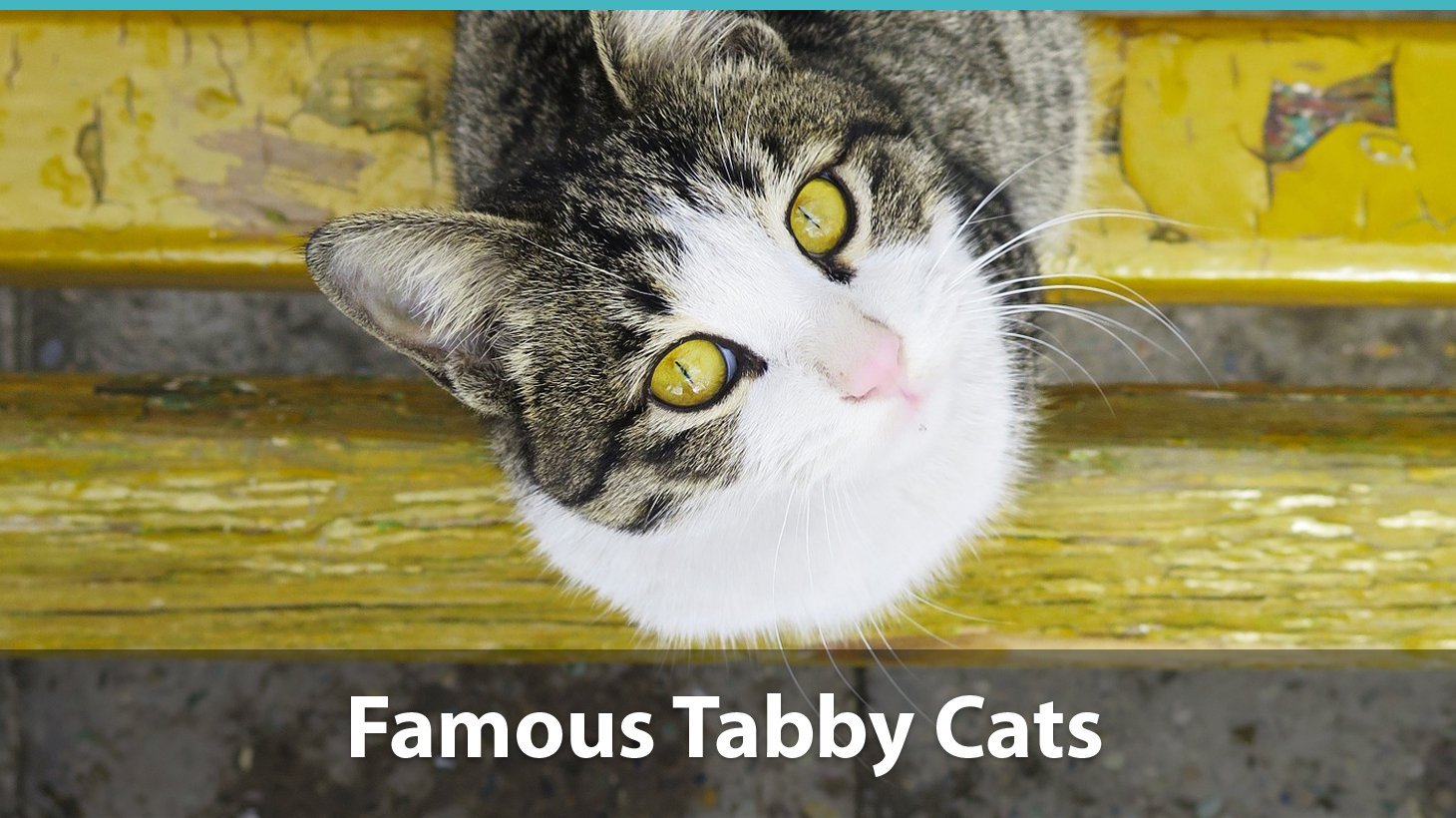 Famous Tabby Cats Around The World

Many tabbies have left their mark in history – not just in folklore. Here are some of the most famous tabby cats history has known.

Freya is the tabby pet cat of George Osborne, who’s the former Chancellor of the Exchequer for the UK. She made it into headlines several times over the past few years.

She’s known for her disappearing acts and for bullying Osborne’s pet dog to such an extent that she was banned from Downing Street and sent to live in the isolated Kent countryside. Talk about being feisty and having a suitable name!

Ah Tsai and Think Think are the two pet cats of Tsai Ing-wen, the President of Taiwan. Yes, these two are indeed the First Cats!

Think Think is a grey female tabby. She was a homeless kitty before being given as a gift to the President by a Taiwanese legislator.

Ah Tsai is a male ginger tabby. He was gifted to Tsai Ing-wen by a friend during her presidential campaign.

Both kitties have made numerous appearances in the news and social media.

It wouldn’t be a complete list of famous cats without the mention of Garfield – one of the most self-centered, adorable, and well-known characters of all times! Yes, Garfield is indeed a tabby cat.

Oscar and Miko were just two of Freddy Mercury’s numerous pet cats. Mercury had many others, which were either given to him as presents or rescued from shelters.

Check out the Telegraph’s extensive article on the subject if you wish to find out more about Queen’s late vocalist’s fascination with feline furballs.

David Bowie was also a fan of tabbies

It seems famous musicians were quite fond of tabbies. Bowie not only wrote music about felines, but he even attended a photoshoot with an Abyssinian tabby kitty that may have stolen his spotlight – or at least his heart.

Toby was the pet cat Betty White once had as a child. It was an orange tabby kitty, which probably helped her develop such a noteworthy love for animals.

Nowadays, the actress is a well-known animal activist with over 40 years of humanitarian work done for various organizations fighting for animal rights and welfare.

Here’s yet another famous historical figure whose love for cats didn’t go unnoticed.

According to numerous sources, Mark Twain not only surrounded himself with cats and kittens even during his holidays but also had a tabby pet kitten that was quite special to him. Why? He allegedly played pool with it!

Heathcliff, the orange tabby cat, is a famous fictional character. Not only did he gain worldwide popularity through his comic strip, but he was also the main star of two animated TV series from the 1980s, as well as a theater movie.

Due to his striking looks, mischievousness, and hilarious pranks, he gained a huge fan base back in the days.

Oliver is one of the main characters in the animation Oliver & Company. He’s an orange tabby kitten whose unlikely temperament helps him befriends dogs and later helps him save his owner’s life.

Speaking of unnatural behavior (befriending pups), here’s another popular tabby cat who made history with his uniqueness. Tiger is a longhaired tabby cat that stars in the animation An American Tail. What makes him so unique and baffling? He’s a vegetarian!

The Scottish Fold tabby kitty named Maru went viral a few years ago. Now,  he’s one of the most popular cats on YouTube, and his videos have been viewed more than 300 million times!

Lil Bub is an Internet celebrity, an animal activist, a published author, a meme inspiration… the list goes on and on! This tabby kitty has raised more than $300,000 over the years for numerous animals in need of love and help.

Check out her official website if you want to find out more about the notorious perma-kitten faced cat.

Who can forget the ever-grinning, ever-puzzling, and ever-disappearing Cheshire Cat? Even though this kitty has changed his appearance throughout the decades (from grey to blue/ green and even to purple), the

Cheshire Cat’s stripes are his ever-present feature along with his shining pearly whites.

Last but not least, comes Loki, the Instagram star. This tabby kitty is famous for its vampire-like looks and mischievous expressions.

He’s on the feed of his 350k+ Instagram followers. His unique appearances are gaining more and more fans from all over the world every single day.

As you can see, tabby cats and kittens are not only popular in shelters, in movies/ literature, and on the streets, but they’re also popular among famous (and not so famous) pet parents.

Diverse in terms of physical traits and temperament, you shouldn’t neglect tabbies just because they’re common. They can make the purrfect feline companions, even if they don’t have attention-grabbing markings.

But hey, looks aren’t everything! My furball Gus isn’t perfect either. He has only one eye, but we love him even more for it!

If you think you’re ready to welcome a tabby kitten into your home, visit some of your local shelters. Chances are you’ll find at least one tabby cat there that deserves to get a proper home and a loving pet parent.

1 thought on “Facts About Tabby Cats | What You Need To Know About These Kitties – Traits, Health Issues, Price And More”