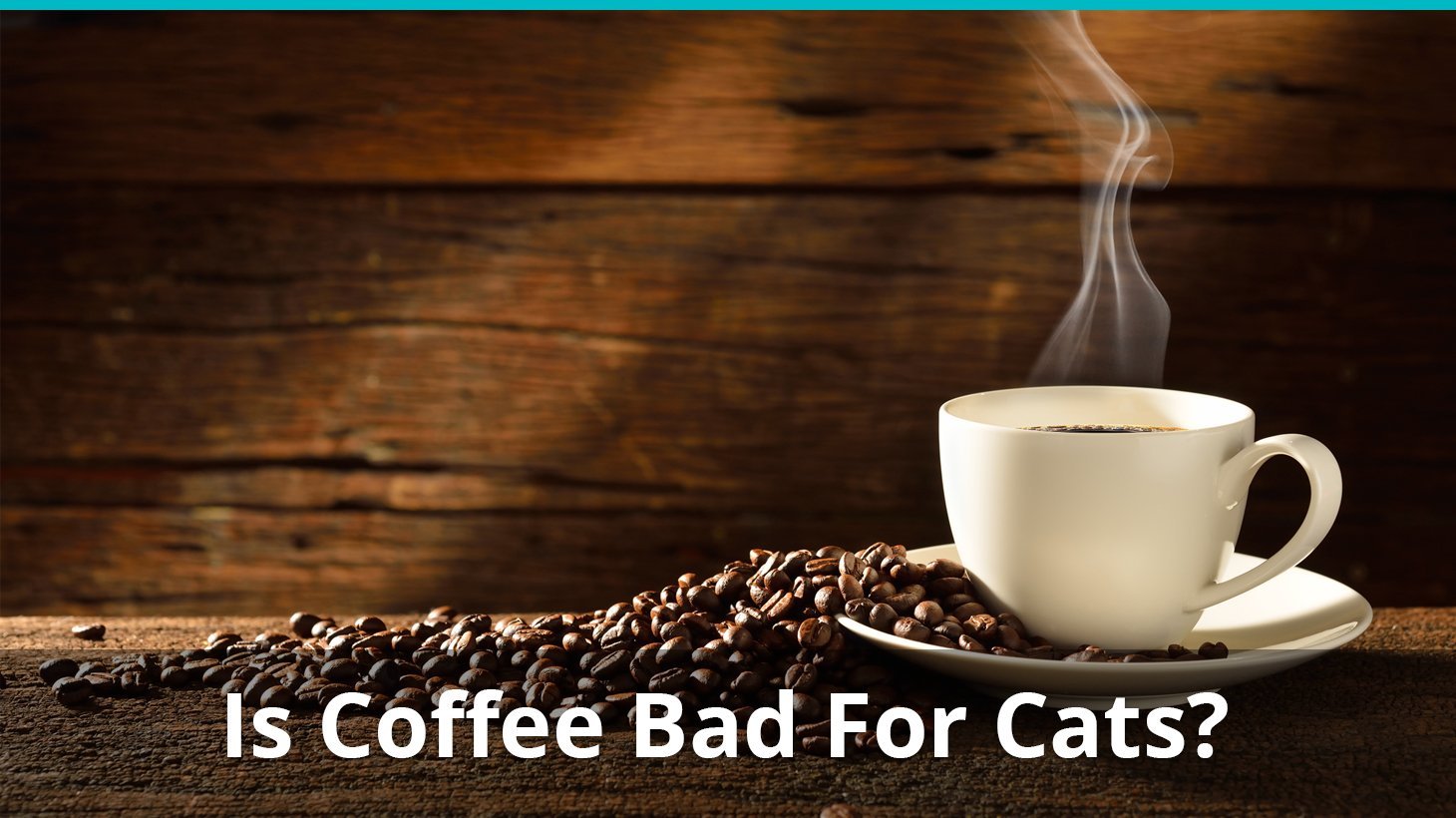 Smuggled, hated, adored, used for medicinal purposes and even valued as a currency – that’s coffee in all of its forms. Nowadays coffee can be found in households all across the globe and served as a beverage, an ingredient for culinary recipes, a beauty products or even for gardening hacks.

As we all know, cats can be quite mischievous, curious and unpredictable.

Their hiding habits and unsatisfied curiosity often lead them to the most unexpected places in your house or apartment, many of which contain detergents and harmful substances. But since coffee isn’t really a detergent, then there’s no harm for your feline pet to be around brewed coffee beverages, coffee powder, coffee grounds or coffee beans, right?

Caffeine is actually dangerous for cats, dogs and other domestic pets. Nevertheless, that doesn’t mean your kitty won’t be tempted to get a sniff or a taste, especially if you’ve spilled some coffee with milk or cream in it.

Cats need to stay hydrated by drinking water, and water alone. Other beverages produced for human consumption like coffee, tea and soft drinks aren’t meant for them. The feline organism can’t digest these substances the way a human’s organism can.

On top of that, coffee in particular doesn’t have the same health benefits for cats as it does for humans.

Why Is Coffee Bad For Cats And Kittens?

By default your fluffy pal doesn’t know what the coffee will contain. Unsweetened black coffee does include magnesium and potassium, which are beneficial for cats, but the caffeine found in coffee is actually what’s bad for your kitty.

Caffeine has an extremely high level of life-threatening toxicity for cats.

Side Effects And Symptoms Of Caffeine Toxicity In Cats

Animals are far more susceptible to caffeine toxicity than a human being is. Thus, the lethal amount of coffee for your furball is much smaller than you might think. Here are just a few of the side effects, which will occur if your cat ingests coffee:

Due to the fact that vomiting and restlessness can be caused by a number of factors, you’ll probably rule out the fact that your cat has ingested coffee from the very beginning. Nevertheless, all of the afore-mentioned side effects can lead to a fatal outcome. Coffee is even more dangerous simply because ruling out the possibility of caffeine poisoning comes easy and natural.

The severity of the side effects and the unlikeliness of diagnosing a cat with caffeine poisoning are reasons why coffee is bad for cats.

A few drops of coffee won’t harm a cat. However, regardless of your pet’s breed or its age, exposure to caffeine will eventually cause severe damage to its heart and its nervous system. As such, it’s of extreme importance to keep any type of coffee away from your feline friend at all times.

Can Coffee Or Caffeine Be Good For Cats?

When it comes to coffee, we, humans can benefit from its numerous advantages. One particular advantage comes in handy for those who have gardens in their yard – and that advantage is linked to curious feline furballs.

Many cats tend to dig like dogs – both domestic and stray feral cats. If you want to keep your own kitty or somebody else’s from snooping around your yard, you can easily do that by sprinkling some coffee grounds in the dirt. The same goes for the potted plants, which you’re keeping indoors.

Usually felines aren’t attracted by the smell of coffee, regardless of its form. As such, you can use this fact to your advantage and prevent a cat from messing up your plants instead of relying on strong pesticide substances. Apart from that, coffee and other caffeine-packed goods have absolutely no benefits related to feline creatures of any kind.

Treatment: What To Do If Your Cat Ingests Caffeine?

Energy drinks, coffee-based drinks, tea, soda, tiramisu and other meals in which coffee is an ingredient do contain caffeine.

If you’re suspecting your pet has ingested caffeine in any form, alert your vet. Neglecting caffeine ingestion isn’t a way to save money from vet trips, even if it’s a small amount. According to the Pet Poison Helpline, even a couple of caffeine diet pills can result in a cat’s death.

Chances are your pet won’t like the scent of coffee grounds, beans or instant coffee powder. But if it likes milk, knows what the milk looks like and has seen you pour milk into your beverage, it might get tempted to try it out when you’re not looking. Either way, you should seek medical help as soon as you can. Otherwise you’re risking a possibly lethal outcome for your furball.