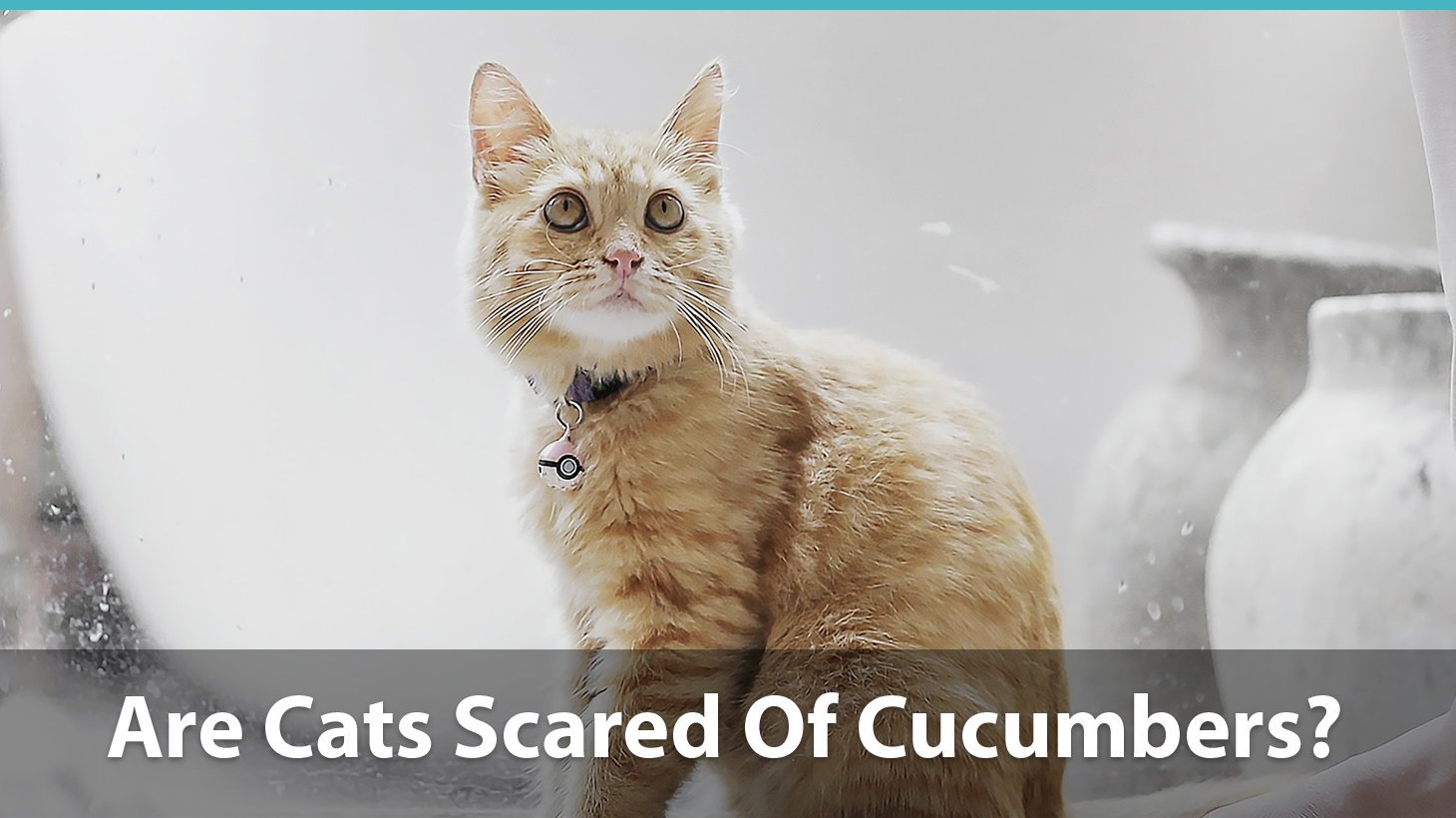 One of the most common questions asked on the internet is: Are cats scared of cucumbers? (which is weird, isn’t it?)

The idea that your cat could get scared by something as plain as a cucumber seems utterly ridiculous. And yet, many people out there claim that feline creatures indeed get frightened by this harmless vegetable.

You may have seen various YouTube videos that seem to confirm this theory. Or you might have even tried “testing” it with your own precious furball.

So, Are Cats Really Afraid of Cucumbers?

It depends on the kitty. Even though felines are indeed outstanding predators and notable hunters, they aren’t exactly fearless.

Cats can get scared by all sorts of things. The most common reasons are sudden and unfamiliar:

Anything can scare your cat if it’s unexpected. For cats, the unknown equals the possible danger of another predator.

Sneaking up on your cat with a cucumber could indeed scare him. The vegetable doesn’t produce any noises, but it’s suddenly there – big, unfamiliar and lying in plain sight. So, when your cat finally sees it, he gets startled.

You’re chilling in your home and you know there’s nothing wrong with your eyesight, hearing, and smell. So when you suddenly see a stranger sitting in a corner, you immediately get startled. Cats don’t exactly perceive cucumbers as stranger cats, but they still see them as unexpectedly quiet and unfamiliar things that could be dangerous.

And sometimes the creepy silence of the cucumber is more frightening to them than something that produces loud sounds. It’s like a predator has stalked them.

Cucumbers and snakes – is there a link between them?

Some people associate the cats’ fear of cucumbers with their fear of snakes. Snakes are extremely dangerous predators, which can easily attack and kill a feline furball.

According to Dr. Jill Goldman, a California-based animal behaviorist, cats may associate cucumbers with snakes too.

This theory asserts that a cat’s brain confuses the cucumbers’ long green exterior and the noiseless presence with the same qualities of these predatory reptiles. But that’s still only a theory.

Why you shouldn’t attempt to scare your cat with a cucumber? 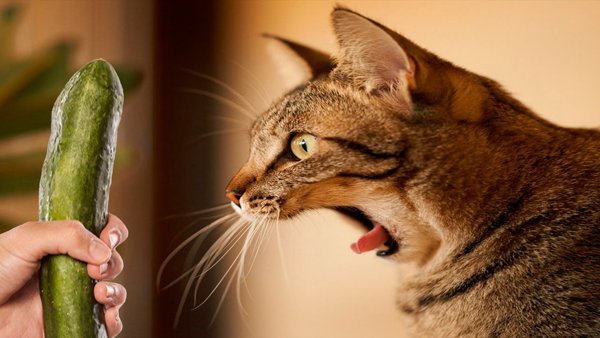 Trying out the “are cats scared of cucumbers” theory on your own pet is a truly bad idea. As a pet parent myself, I can say that it’s not only cruel, but also irresponsible to play with your kitty’s emotions on purpose just for kicks.

However, if you need more convincing, here are other reasons why you shouldn’t do it:

Stressing out your or somebody else’s cat on purpose is never a good thing. Not only can it trigger various health conditions, but it can also do other damage. For example, it can make your pet loathe or fear you. What’s more, it can even make the kitty hate its home’s confinement.

By attempting to scare your cat with a cucumber you’re encouraging acts of animal cruelty.

You might be laughing at all those cat videos, but you wouldn’t be laughing if someone was scaring you on purpose over and over again, would you? Think about how your feline furball might feel before you decide to test its fearlessness.

While it’s true that not all cats are scared of cucumbers, it doesn’t mean you should try the cucumber prank. And most of all, you shouldn’t encourage your friends and family to do it either.

Your precious feline companion won’t cherish you for stressing it out on purpose. If you don’t care about it being angry at you or about a possibly ruined furniture piece out of revenge, at least try to think about the cat itself before you reach for that cucumber.

2 thoughts on “Are Cats Scared Of Cucumbers?”