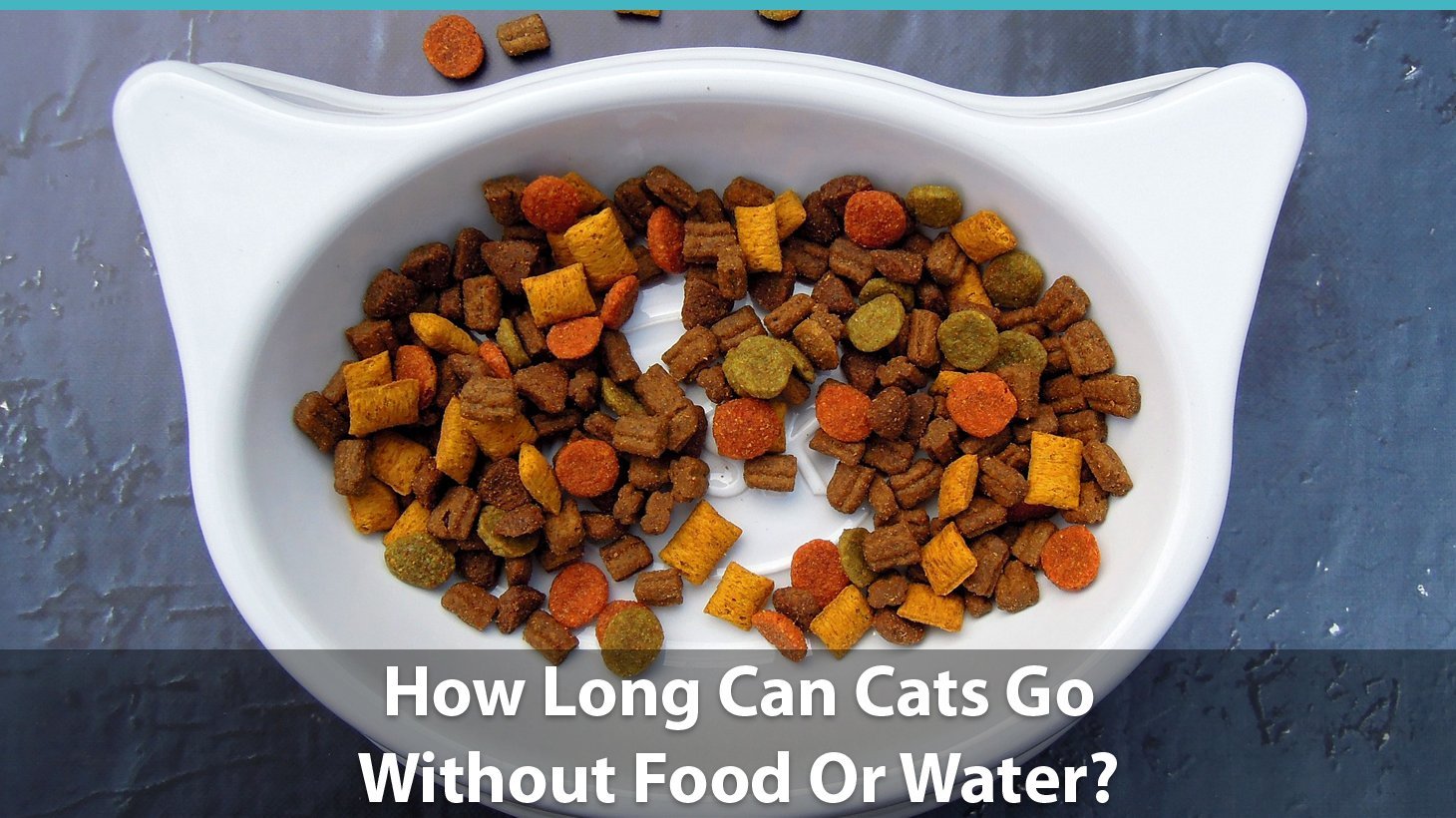 Food and water are essential to the life of all mammals, including felines.

Feral and indoor cats require daily fluids and nutrition to stay healthy and live longer. Regardless of their age or breed, all cats need to drink water and eat cat food every single day.

Any forms of “cleansing” regimes such as skipping-food-day or fasts are detrimental to your pet’s longevity.

Unfortunately, you can’t force food or water down your kitty’s throat when it’s refusing to eat or drink on its own. Well, you can try, but that won’t go smoothly.

It’s not unusual for an adult cat, kitten or senior to stop eating food or to refuse drinking from its water bowl. But you shouldn’t neglect this type of behavior.

Indoor cats can’t go without food or water as long as their feral cousins in the wilderness. They aren’t used to surviving on a wildlife diet and you have to monitor their eating habits regularly.

So, the answer to the question of how long can a cat go without food or water doesn’t have one ultimate answer that can be applied to all kitties around the globe.

However, some factors could help you pinpoint your kitty’s endurance period. Of course, that doesn’t mean you should test your pet’s limits by neglecting its refusal to eat or drink.

How long can a cat survive without food?

Even though there’s no universally applied timetable for every single cat out there, all felines will experience the very same physical (and emotional) changes when their bodies are deprived of food.

When your cat doesn’t get enough nutrition, its organism turns towards the body fat as a way to find energy. The feline liver helps process the body fat reserve into energy reserve.

If the liver doesn’t get a sufficient amount of protein, it can’t function properly. As such, it goes into a process known as liver failure.

Once starvation causes such severe organ damage, your pet’s life is in fatal danger.

This process happens over several days.

On average cats can go without food for anywhere between a week and two weeks, but that heavily depends on the amount of water they’re drinking and their overall health.

Other essential factors that influence the survival rate are:

Depending on your pet’s activity levels, stress and other negative emotions, cold or hot weather conditions and genetic heritage its organs might start shutting down even after only a few days.

How long can a cat survive without water?

It may seem as though nutrition is far more essential for feline furballs than water is, but it’s  the other way around.

Outdoor cats can survive slightly longer without drinking water than their indoor counterparts because they get fluids from the prey they catch. However, as a general rule, no feline can go without water for more than 3-4 days before organ failure occurs.

Water is crucial for your cat’s survival, especially when it’s lost its appetite and is refusing to eat food.

Unfortunately, cats don’t have a notably strong sense of dehydration. And without sufficient amounts of water your pet’s health is prone to damage even if the cat is eating its food.

Lack of water will immediately worsen any current health complications. Kittens and hyperactive feline breeds will burn fluids faster than lazier adult cats. Thus, they won’t be able to go without water for long.

Your cat doesn’t lose fluids just from urinating or sweating. (Yes, cats do sweat, especially when they overheat). The following factors can also lead to increased fluid loss:

On the other hand, the standard amount of daily loss of fluids can also be dangerous for your pet if it’s refusing to drink enough water.

Regardless of the issue’s origin, if your cat isn’t drinking enough water and if it’s not getting fluids from wet cat food, it will eventually start suffering the grave consequences of dehydration.

If you’re suspecting your feline friend isn’t eating enough food or drinking enough water daily, you should look into it. Check out my guides on daily water intake for cats for some tips and essentials that you should be aware of when it comes to your pet’s fluid intake needs.

Now let’s get back to the problem.

When your furball is refusing to use its water bowl, try to find out if the reason behind its actions isn’t linked to some of the factors I mentioned earlier.

Ultimately, you can also opt for getting a pet fountain, especially if you’ve seen your cat drinking from faucets.

Another way to make the cat take more fluids is to use her favorite canned food. Just add some water to it. Not only will it increase the kitty’s body fluids, but this method will also provide nutrition.

If the kitty isn’t eating its food, try switching to something new or tried-and-tested. Opt for reheating canned food or trying with your pet’s favorite treats. Ultimately, you can swap the current bowls for new, shallower ones.

If your cat has stopped eating and drinking all of a sudden, don’t panic. Sometimes the reason can be a stressful surrounding or the presence of an unfamiliar animal, human or even furniture piece.

However, if you can’t make your furball eat or drink within 24 hours, it’s time to call the vet. Malnourishment and dehydration can have fatal outcomes for your pet, so don’t dabble on chances.