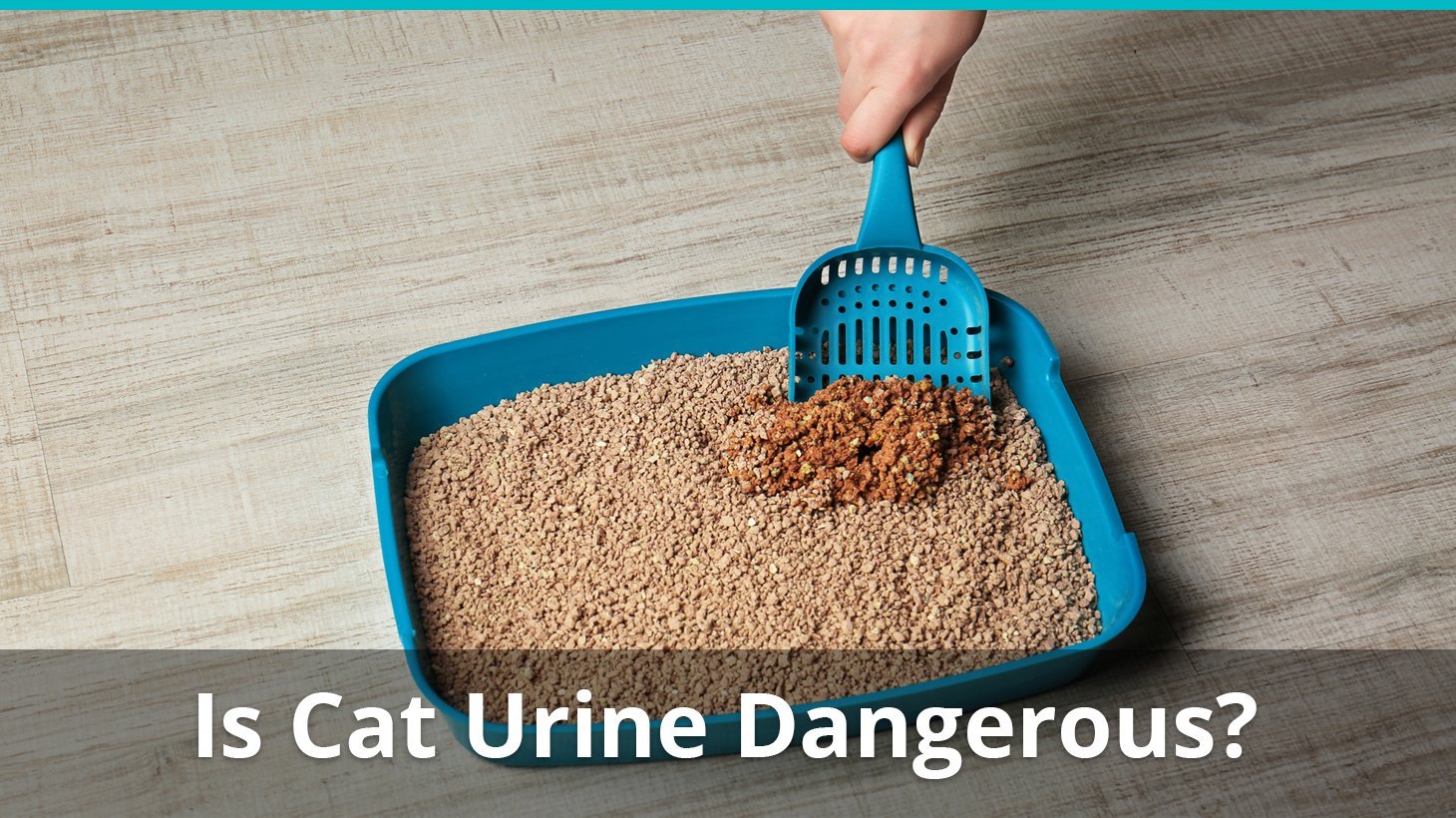 There are many advantages when it comes to keeping your cat strictly indoors. The great outdoors pose dangers of parasites, homeless feral cats, diseases, dirt, risks of running away … the list goes on and on.

Not only are indoor cats less likely to contract fleas or other types of diseases, but they are generally safer being away from the dangers of the outdoor world.

And most of all – you’ll have to deal with the horror of constantly cleaning up the litter box! Which, to be frank, is the last thing any of us want to do after coming home from work.

Many manufacturers of pet supplies are now offering self-cleaning and fully automatic litter boxes for cats to simplify our lives as pet parents. Unfortunately, that doesn’t mean that your kitty will never pee outside the litter box.

Out of plain common sense, you already know that you should not touch it or breathe it in. However, what you probably don’t know is that feline urine has hidden risks for your health.

The dangers of cat urine also pose a threat to your pet. It has a distinctive smell and all cats take advantage of this fact whenever they want to scent-mark their territory to signal other animals that they’re the rulers of a particular area, such as their hunting grounds.

Below you’ll find more on the subject, as well as further information on the most fundamental and troublesome dangers of cat urine.

Cat urine is highly concentrated in ammonia even before it crystalizes. As it solidifies, the concentration becomes higher, and as such, even more harmful.

Breathing in ammonia can trigger health problems in people who are already suffering from respiratory problems.

Runny noses, red eyes, itchy skin, rashes, and so forth are just some of the side effects. Thus, cat urine is extremely dangerous to people suffering from bronchitis, asthma, and other respiratory issues.

Whether you’re allergic to cats or not, feline urine can trigger an allergic reaction even in overall healthy individuals.

Contrary to popular belief, the airborne allergen agents aren’t found only feline fur and skin. They are also highly concentrated in cat urine.

Pee puddles and pee stains pose allergy risks and you should be cautious whenever you’re cleaning up.

Don’t believe that your pet will always use his litter box. Even if your cat isn’t trying to scent-mark his territory, he can still decide to pee outside the box out of jealousy or another reason.

Tempts The Cat To Re-offend

Neutralizing pee and poop stains, especially from floors and carpets is essential because urine puddles tempt the kitty to re-offend. In other words, they are a strong-scented signal for the cat that it can pee on the same spot or near it once again. If your living room’s floor smells like urine, the cat won’t bother using the litter box.

When cats go into heat, they go crazy. Not only are felines excellent hunters, but cats in heat can smell your own pet’s urine easier than you might think. Lingering urine smells can effortlessly attract neighborhood cats.

Trying to calm down your furball during the mating season is hard enough. You don’t need any homeless feral cats restlessly wandering in your yard due to your pet’s pee stench.

We have no intention of scaring you with all of these facts! Truth be told, cat urine is indeed dangerous.

However, that doesn’t mean that it will kill you if you catch a whiff coming out of the nasty puddle your pet has made outside his litter box.

Nevertheless, you should never leave cleaning up your cat’s mess for a later point in time. The sooner you neutralize all scents and marks, the better – for the cat, for you, and for the rest of the people residing in your home.

Catological has been featured on