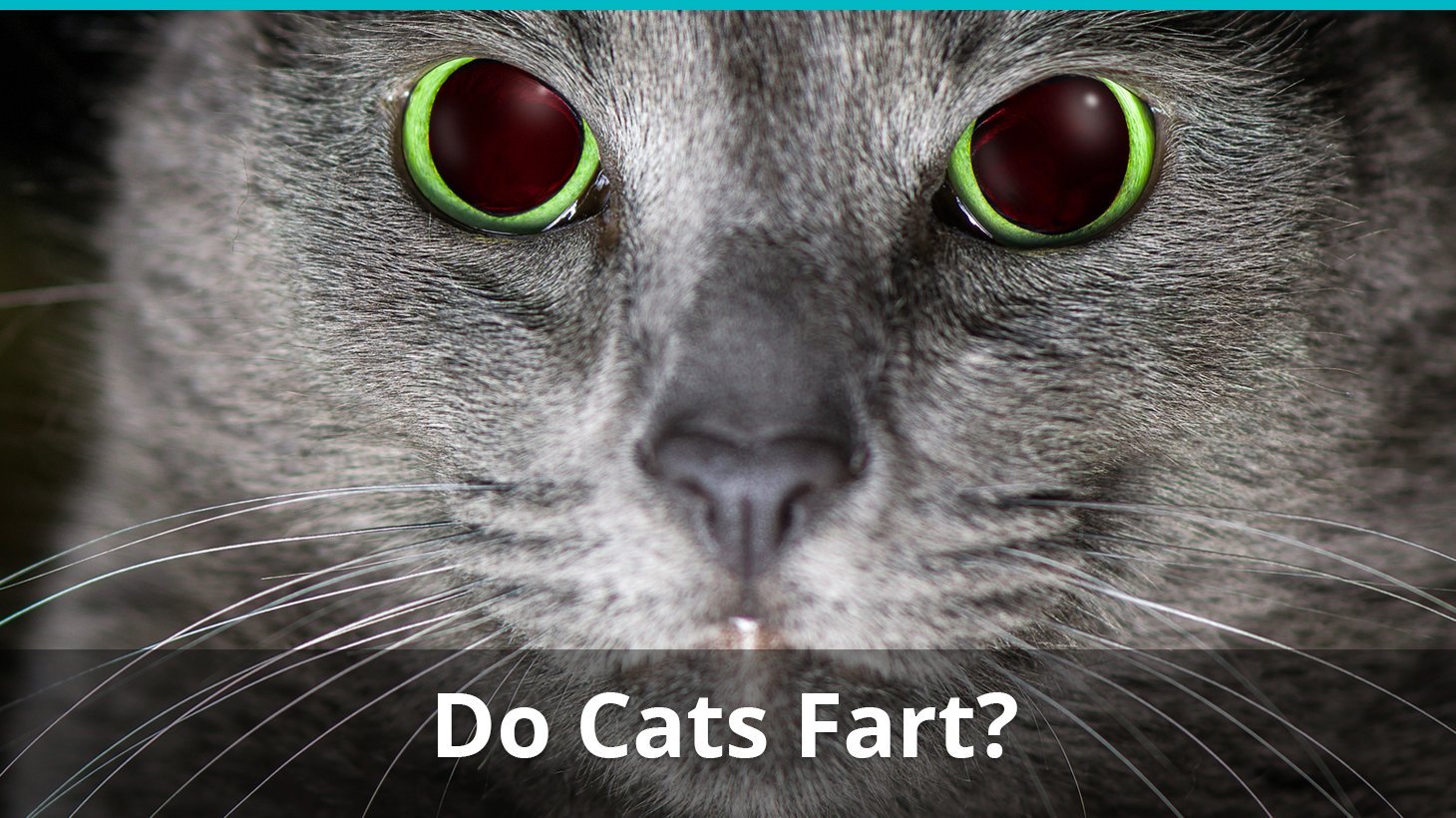 It is a given fact that cats can indeed fart, and they do it more often than you might suspect.

And they can be pretty smelly.

Your cat will never say “Excuse me for farting on your bed,” but that doesn’t mean that it’s not doing it. In fact, your kitty has probably already gassed out all over your house or apartment, even if you’ve never heard it doing it.

Why Do Cats Fart?

Similar to humans, felines release gases due to the fact that the food items they consume result in flatulence building up inside them.

Sometimes stinky bacteria gets released during the digestive process, which results in the cat releasing a fart. As such, the main cause is food, of course.

Cheap cat food is packed with tons of nasty fillers which will make your feline pal gas out all over the place. Purchasing high quality cat food is essential not only when it comes to preventing farts, but also for your cat’s overall health and growth.

Foods which are high in proteins and carbohydrates will produce flatulence, and they’re the main causes for that sickening sulfur-like smell of your cat’s gas. In some cases the odor can become unbearable, but you shouldn’t panic right away.

Unlike feral cats, the indoor feline has special nutritional requirements. It needs to eat a well-balanced meat-based diet on a daily basis.

Low quality cat food, gastrointestinal diseases, and other types of health-related issues can also cause excessive farting. Basically, anything that upsets your pet’s stomach can become the cause of unpleasant gases.

Another reason for flatulence is a newly developed food allergy. If you’ve recently changed your pet’s diet and it’s allergic to the new ingredients, this will lead to gastrointestinal issues.

Feeding your kitty with cheese, milk, or other dairy products will make it fart, as most felines are lactose intolerant and they have problems with fully breaking down dairy products. So always opt for milk products which are specially manufactured for cats only.

Why Can’t You Hear It?

Are we really going here?

In most cases your kitty’s fart will be silent. You won’t hear it, and if you don’t smell it, you won’t even know what your pet did. Unlike humans, felines don’t find farting something to be embarrassed about, so they won’t show you any strange behavioral signs.

When felines release gases, said gases come out steadily and slowly. A cat’s gastrointestinal system functions on low internal pressure and the released air is small in quantity. This is the main reason why you can’t hear your cat’s farting.

However, this doesn’t mean that 100% of all released flatulence will be silent!

In fact, kitties can be occasionally noisy when they’re releasing gases (which can sometimes, hilariously, scare them) and if there’s an actual health-related issue, they might show you that they’re finding it troublesome. If your pet is showing any signs of pain or discomfort while letting out silent or noisy gases, that’s a red alert.

A sudden change of diet, dairy products, or low quality cat foods can and will eventually make your pet do the nasty.

Conditions like inflammatory bowel disease and exocrine pancreatic deficiency are the two most common issues which result in mal-absorption and digestive problems leading to excessive and unpleasant flatulence.

Food allergies in cats aren’t that rare, regardless of your precious furball’s age, breed, and size, and will affect the flatulence levels. These can usually be easily treated.

Air? That’s right. If your own feline pal is one of those kitties who just can’t eat slowly and is always trying to gulp down every single chunk of food as if it’s a life or death situation, then your cat will swallow a bit of excess air, which can make it fart.

Any longtime cat owner will assure you that their pet has farted at least on several occasions, not always odorlessly.

Releasing flatulence is a natural process and even if you happen to hear your cat doing it, it doesn’t mean that it’s something bad. Unless the kitty is looking stressed out, hurting, or giving off signs of discomfort in any way, there’s no reason why you should be worried.