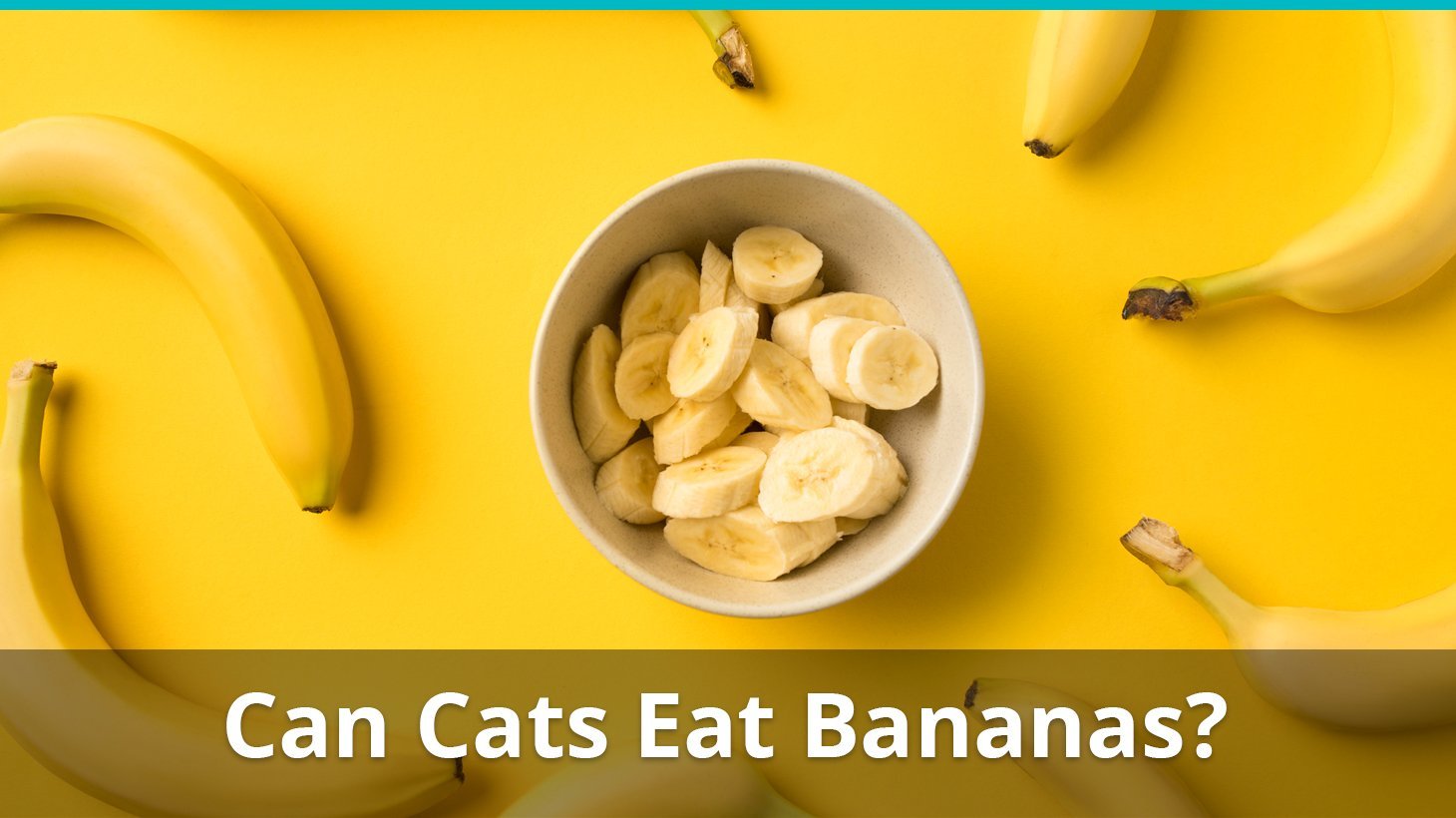 Bananas are a great source of natural sugars, proteins, fibers, and vitamins. On top of that they are absolutely tasty. So you’re probably wondering if you should share your banana snack with your feline furball.

Is that really a good idea?

Cats should not eat bananas. Bananas are not toxic to cats, but they contain a lot of sugar, which cats are not well-suited to digest. So, while a nibble here and there of a banana will not kill your cat, regular exposure can raise blood sugar levels, which can lead to obesity and diabetes.

The short answer is that yes, cats can eat them since they’re not toxic to them, but there’s no reason for a cat to eat a banana, and they may actually be bad due to all the sugar in a banana.

Complicated, I know, but how about we just go with: Don’t feed your cat bananas. Not worth it.

Let’s get something straight – cats have different nutritional needs than humans. The indoor cat requires a special diet which provides extra nourishment in the form of Vitamin A, Vitamin C, protein, taurine, other amino acids, and lots of fats. But bananas offer most of those, right?

When it comes to humans – yes, but cats need to get their nourishment straight from the cat food package.

Cat foods don’t have artificial sweeteners because cats don’t have a sweet receptor on their tongues’ tiny taste buds. Thus, they don’t need treats in the form of bananas, chocolate, candy, and other types of sweet treats that humans crave from time to time.

Nevertheless, you may still be wondering if you should share that banana while your kitty is staring at you with that hungry and pleading stare. It’s a valid question. Many food items which are good for us actually aren’t beneficial to kitties.

However, the ASPCA has labeled the banana as a non-toxic plant when it comes to felines.

If you’re feeding your feline friend with high quality cat food and it’s in  good health, chances are you won’t need to stuff it with additional vitamins or supplements. But in case you need to, you shouldn’t opt for vitamin sources in human foods.

Why Not Offer Human Foods For Extra Vitamins?

The fact that bananas are a natural source of sugars is actually bad for your feline pal. A cat’s organism cannot digest and absorb sugar the way a human’s body can. Thus, sugar builds up in your kitty’s organism and leads to a number of health-related problems, including cat diabetes and obesity.

While this particular fruit isn’t toxic to your cat, it still doesn’t do it any good. There are simply no nutrients in a banana that will benefit your cat, unless you’re counting fiber. However, unlike humans and dogs, cats don’t actually need that much fiber in their diet.

On top of that, your precious feline furball’s stomach and digestive system are far more sensitive than you might think, so there’s a chance that it won’t like the banana anyways. Nevertheless, many people argue that a frozen banana is a great treat for your cat.

However, cats don’t like cold or frozen food. In fact, when a cat is refusing to eat, it’s often because owners are trying to feed it cold food.

So, in other words, it’s best to not feed your kitty-cat with bananas, not because they’re toxic, but because your furry pet won’t benefit from them the way you will and because it won’t be able to taste the sweet flavor. It’s not pleading with you to eat it because it thinks the banana smells delicious; it’s just being curious.

Why Are Cats Afraid Of Bananas?

You’ve seen hilarious videos where cats of various breeds and ages get jumpy and scared by a harmless banana. Why?

Well, there are two reasons.

The first one is that they are either frightened or shocked by the unexpected “attack” of the harmless fruit. They see it as an unfamiliar object, which in their minds could pose the threat of a predator.

The other reason is that they don’t like the smell of a ripening banana. These fruits give off an unpleasant ethyl acetate odor which can be repulsive to cats. Thus, they may get a whiff and run away.

Of course, this doesn’t mean that all cats are afraid of these fruits or that all cats will run away once you let them smell a ripening banana. The same goes for frozen banana treats – some cats may like them, while others won’t. It depends on how capricious and curious your kitty is.

To sum it up – treating your feline pal with a slice of banana won’t harm it if it’s a one-time thing, but your cat won’t actually benefit from the fruit in any positive way and it won’t be able to taste its natural sugary flavor like you do.

2 thoughts on “Can Cats Eat Bananas? Or Are They Dangerous?”