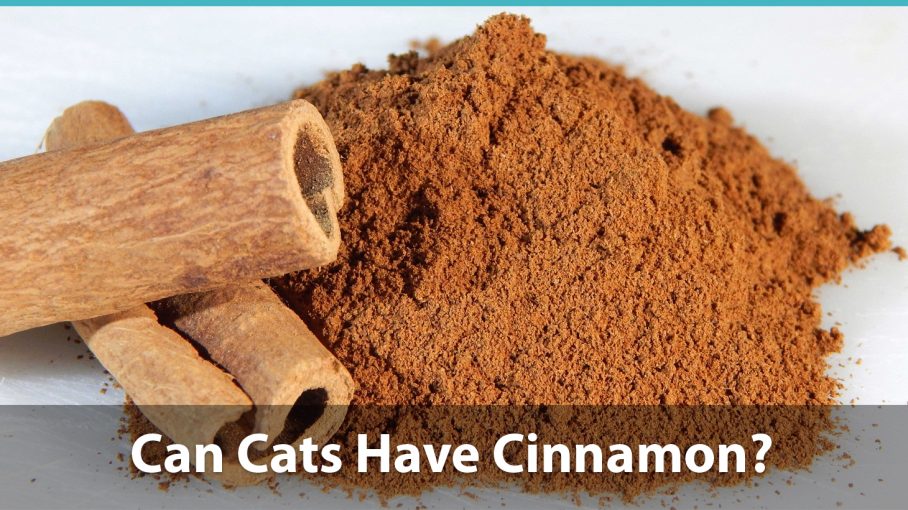 Can Cats Have Cinnamon Or Is It Bad For Them?

‘Tis the season of pumpkin, cinnamon, nutmeg, ginger and tons of other delicious and aromatic ingredients.

And while pumpkin can be beneficial for your cat, the rest of the aforementioned goodies aren’t.

Cinnamon in particular may seem harmless or even healthy since it does have some health benefits for human beings. Sadly, that’s not the case when it comes to kitties.

The ASPCA hasn’t labeled cinnamon as toxic to cats and other animals.

However, it can still trigger an allergic reaction and cause various complications. In other words, you shouldn’t allow your cat access to cinnamon in any of its following forms:

Basically, there is no version of cinnamon that’s safe for cats or other pets. Inhaling, ingesting or touching cinnamon compounds in any way can pose danger to your fluffy friend. Regardless of its age, breed or overall health condition, the kitty must stay away from it.

Why Is Cinnamon Bad For Cats?

Cinnamon can be bad for your furball as it can lead to numerous health complications. It contains a compound called coumarin. Your cat’s body can’t break it down, which results in liver failure and other problematic outcomes. Fortunately, there aren’t high concentrations of coumarin in the most common type of cinnamon in households (powdered cinnamon spice).

Nevertheless, cinnamon in all of its forms can still pose harm to cats in three basic ways – inhaled, ingested or rubbed on the kitties’ fur and skin.

Cats can easily ingest cinnamon powder from sticks, powdered spice, decorative ornaments, plants, cinnamon spiced foods and so forth. Since they lack the enzymes for breaking down the coumarin, their organisms can’t properly digest this and other compounds found in cinnamon. As such, your pet may suffer through one or more of the following symptoms.

Despite the ASPCA’s non-toxic label, depending on the ingested amount the cat may experience a severe case of so-called cinnamon toxicity. Needless to say, the cinnamon toxicity will be painful for the furball. What’s more, if the absorbed cinnamon leads to liver failure or other types of organ failure, it will be absolutely life-threatening to the poor kitty.

There’s no way to tell for sure if cats find the scent of cinnamon as soothing or as appealing as most humans do. But even if they aren’t attracted to it, cats can still inhale cinnamon by accident. The most common sources are spilled powdered cinnamon spice, cinnamon essential oil vapors and cinnamon diffusers/ air fresheners.

As curious and unpredictable as cats are, you can never be absolutely sure if your kitty won’t go near spilled cinnamon powder or if it won’t decide to play with the cinnamon-infused diffuser. Any spasms caused by the irritation of the cat’s nasal passage can be lethal. Not only can the cinnamon block the nasal passage, but it can also lead to a severe case of breathlessness. And we all know what happens when a cat’s oxygen flow is cut off.

Cats can also suffer through an allergic reaction if their skin or fur comes into contact with cinnamon.

Not all cats will show symptoms, but that doesn’t mean you should experiment with cinnamon powder or even worse – cinnamon essential oil. The latter one is highly concentrated in all those harmful compounds, which pose danger to your beloved furball’s life. Keep your eye out for the following symptoms if you’re having any suspicions.

If there’s any redness or if the kitty is trying to paw at the irritated spot, it’s definitely experiencing an unpleasant allergic reaction from being in contact with the cinnamon.

If you’re lucky, the kitty won’t experience any allergic reactions or cinnamon toxicity. But as soon as it starts showing any symptoms, you must call your vet.

Depending on the severity of the problem, the doctor may need to hospitalize the cat. Fortunately, a number of treatment plans are available and your cat can fully recover even if organ damage has occurred. Just don’t neglect even the slightest telltale symptoms and don’t put off the vet’s examinations. The sooner the doc takes measures, the higher chances your pet will have at successful recovery.